This content is taken from the Coventry University's online course, Sustainability and Green Logistics: An Introduction. Join the course to learn more.
View course
1.12

We may brave human laws, but we cannot resist natural ones.

For the purposes of this module, EU legislation is considered as domestic legislation as it applies only to EU member states.

EU Directives require from EU members to pass the relevant national legislation and give effect to the Directive’s terms, usually within a two-year time frame. Directives are used to help enforce common environmental rules, establish common policies and significantly affect sustainable development across the EU members. They set minimum EU environmental standards to be applied at a national level, but members are free to apply more stringent national measures. For example, the Urban Waste Water Directive [91/271/EC] sets out minimum standards for the treatment of water and sewerage, but member states can apply higher standards than those minimum requirements set out in the Directive.

Once adopted and passed into EU law, Directives can also have legal force even when they are not yet enacted in national legislation (European Law Monitor 2019).

Table 4 includes examples of national pollution control laws from all over the world. 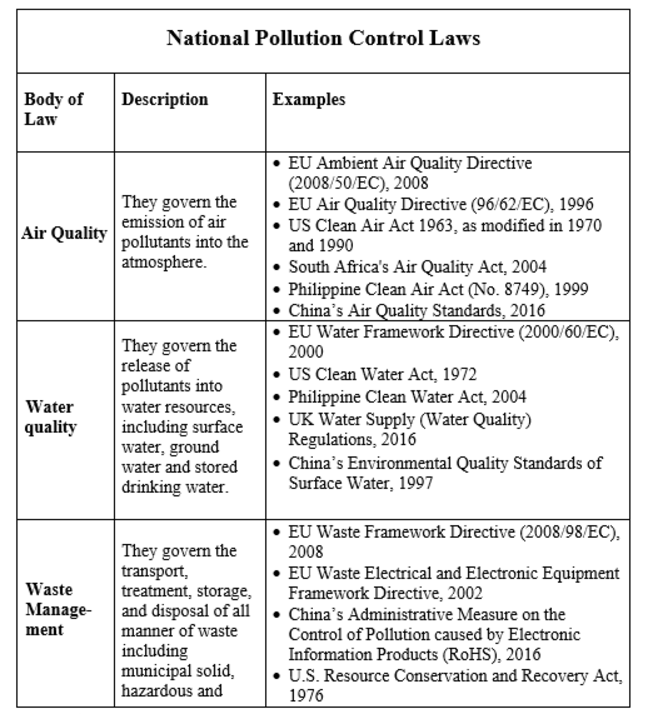 Table 5 includes examples of national resource conservation laws from all over the world. 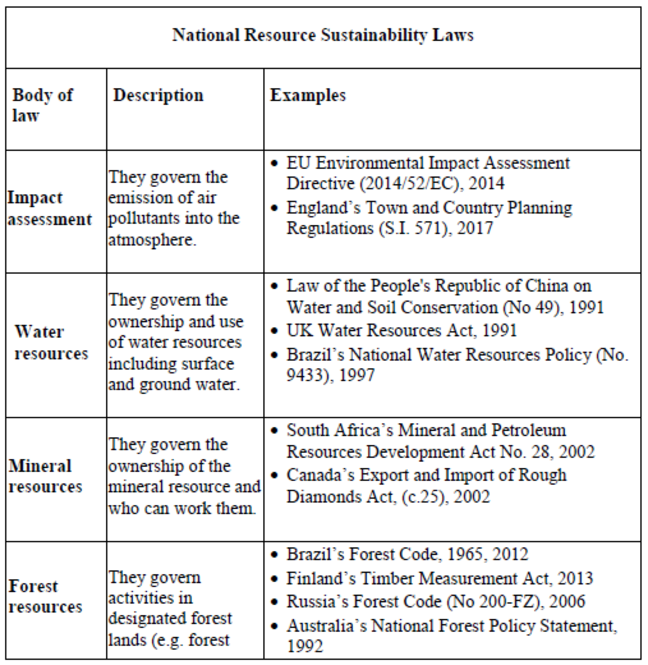 Following the classification of national pollution control laws in Table 4 and the national resource conservation laws in Table 5, give examples of national environmental laws that your country has introduced under each sub-category.

Are there any areas that your country hasn’t addressed yet? Why?

Share your findings with your classmates in the comments section below.