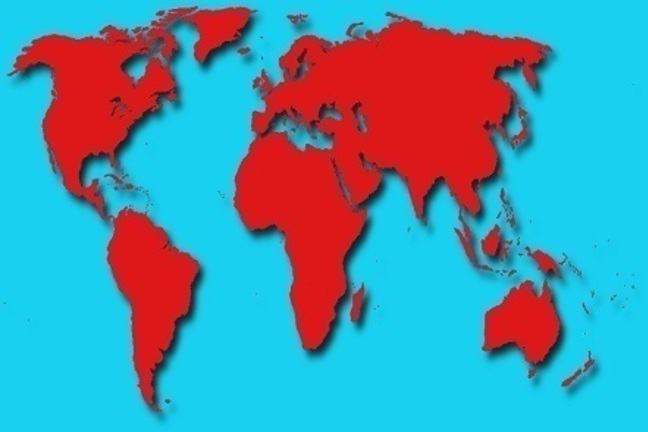 What is ‘natural’ anyway?

Humans have a tendency to be egocentric and perceive that their ideology – be it personal, religious or cultural – is ‘right’ and that others are ‘wrong’. For this reason, humans do not always critique their actions and belief systems.

However, given the apparently fragile condition of the world, which would seem to be a product of modern belief systems, there is a growing drive to analyse present day ideology and ethics, particularly those current within Western society.

It is becoming increasingly clear that the pervasive view in Western society is that humans are somehow separate from the natural world and that ‘culture’ is somehow superior to nature – after all, we have the capacity to alter our environments to serve our need. This worldview is unsurprising given that most people now live in cities, where night and day become blurred, the seasons are largely inconsequential and food arrives through third parties.

Our relationship to the environment ‘verges on the parasitic’ (Wickham-Jones 2010, 4). The increasing distance between humans and ‘nature’ is held by many to be at the heart of the current crisis but, if it is, how did this worldview develop?

From the outset we must be clear that what we might now label the ‘natural world’ had no currency for Classical or Medieval scholars. The phrase is never encountered in historical texts because, as either a physical entity or a mental construct, its existence was simply not acknowledged.

Modern western society has no problem with the idea because it has found a philosophical rationale for separating it from us, nature from culture. But this division, false or otherwise, has a relatively short historical pedigree and enjoyed little or no credence before the seventeenth century. Indeed in other parts of the world such disaggregation has yet to occur.

Past attitudes to ‘nature’

So when ancient scholars wrote about nature (natura) what did they understand it to mean? What did it encompass?

As might be expected of a word viewed as one of the most complex in the language, the semantic development of the term ‘nature’ has had a long and convoluted history.

For pre-Socratic thinkers nature did indeed encapsulate everything that they knew of or believed in. A single word, Physis, was sufficient to express this totality. The parameters of nature began to narrow with Plato who distinguished between a creative power existing outside and beyond nature, and the created, nature itself. For Plato, nature thus resided in the tangible and visible universe, the ‘realm of forms’. This would be the view held by medieval neo-Platonists down to the eleventh and twelfth centuries. With the ‘rediscovery’ of the works of Aristotle, however, the medieval age was provided with a different configuration of nature’s scope.

The Middle Ages drew upon and further extended these Platonic and Aristotelian positions.

For instance, Aristotle had provided seven definitions of nature in his Metaphysics but by the 9th century AD, the Irish theologian Eriugena offered nine definitions. And Alan of Lille - writing in the twelfth century - provides eleven in his Liber in distinctionibus dictionum theologicalium.

But amongst these various nuances, two senses of nature came to dominate medieval thought:

From both Plato and Judaic traditions, the medieval scholars developed the idea that God was the creator of nature and in so doing insisted on nature’s subordinate and subservient place in the greater scheme of things. And following Aristotle, some (but by no means all) later commentators had come to restrict their discussions on nature to terrestrial and atmospheric phenomena below the orbit of the moon.

These medieval works were all written in the Christian tradition, their authors and compilers (with the odd exception) vocational churchmen and members of open and closed monastic orders.

But Christianity’s hold was not total. Medieval Europe accommodated significant populations of Jews and Muslims, particularly in Spain after the Islamic conquests of the early eighth century.

Despite this pluralism, and perhaps against first expectations, writings on nature irrespective of their religious and cultural milieux do not radically diverge from one another. This is, in part, explained because all three of the main religious groups in Europe shared a common sacred text, the Old Testament:

So God created man in his own image, in the image of God he created him; male and female he created them. God blessed them and said to them, “Be fruitful and increase in number; fill the earth and have dominion over it. Rule over the fish of the sea and the birds of the air and over every living creature that moves on the ground. (Genesis 1:27-8).

Genesis provided the basis for the cosmological models for Jews, Muslims and Christians alike; while the Book of Psalms provided each religion with its poetic glorification of nature. The cornerstone of all three religions is that humans have dominion over the world – that its resources are there for humans to exploit, with humans placed rightfully at the top of the Chain of Being.

However, some (eg Preece and Fraser 2000) have argued that the term ‘dominion’ is a mistranslation of the Hebrew term radâ which has been taken to mean despotic subjugation rather than what Preece and Fraser believe is the correct translation: stewardship.

Indeed, it would seem that, traditionally, all three religions were far more attuned to the notion of balance (and thus sustainability), believing that they had a duty of care over their environment.

It is now becoming clear that it was the ‘Enlightenment’ that brought the separation of Man and Nature. The ‘rational’ thinking of the period insisted upon the superiority of the human mind over the laws of nature; the rise of science saw the rejection of both simple readings of Nature’s workings and the accumulated folklore knowledge of mankind achieved over many millennia.

Of course, even during the Enlightenment, not everyone subscribed to these pervasive views. For instance, echoes of the stewardship philosophy can be seen in Samuel Taylor Coleridge’s ballad, ‘The Rime of the Ancient Mariner’.

In this Coleridge develops the theme of the horrible consequences for one individual (the mariner) of wantonly killing an albatross. Through this act he brings about the death of fellow sailors. From other writings it is clear that Coleridge deplored cruelty and believed that the lives of all living things should be respected or there would be dire consequences for humanity. This view contrasted with the contemporary view that humans were apart from the rest of the natural world and had the right to control and use it as they wished. Coleridge’s perspective was further developed in the 19th century and might be seen as the predecessor of today’s conservation movement.

Think about: what can we learn from past attitudes to nature?