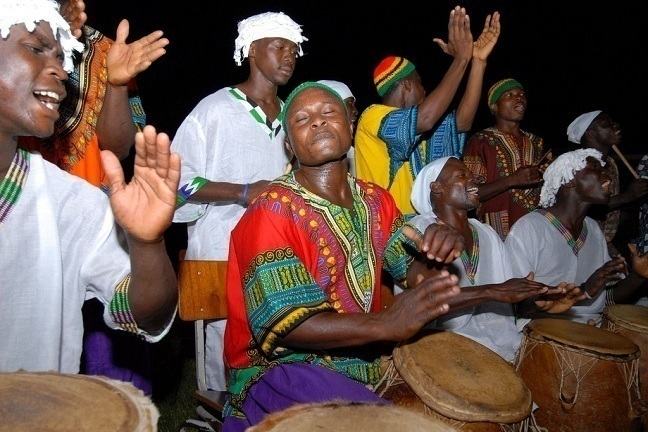 Examination of the cultural record highlights that the key to sustainability is the ability to adapt and change.

As circumstances shift in the future, as they surely will as a result of climate change, population increase and other factors, human cultures will need to adapt, potentially rather rapidly. For many, this is a scary prospect as people are often averse to the concept of change, even though the cultural record demonstrates that the world has never been static.

Cultural studies also demonstrate that human groups have a universal need for roots and identity – to know who they are and where they have come from. This need is the main reason why humanity has produced, and continues to produce, such a rich cultural record.

If we are to enter a period of increasing instability and change, it seems likely that the need for cultural identity will become ever stronger. Important lessons can be learnt from the experiences of other societies, both past and in the present. Our museums, galleries, libraries and other repositories, both physical and digital, are important not only so that people in the future might benefit from the knowledge contained. Cultural repositories serve a more fundamental psychological role: they ease the process of change.

Change – the very thing that has sustained human cultures over the millennia – necessitates that some traditions or practices are left behind. Extinction is not a pleasant concept and so change is often fought against. It is crucial to ensure that cultures are sustainable, thus allowing them to evolve rather than face extinction. Who will be the one to create the next work of art, music, literature or film that changes public perception and enables society to ease into a new direction?

“The importance of considering performance in relation to sustainability is that it is both a conceptual and practical terrain that has the potential to generate and provoke genuine shifts in attitude and behaviour by engaging the emotions and senses as well as the intellect, by disturbing accepted attitudes and behaviours, and by making the ordinary extraordinary” (Kleiman, 2010, p.159)

The Arts provide many ways into sustainability and these ways can be creative and inclusive. For example, there are the materials and artefacts used in productions including stage sets, costumes and instruments. There are the themes of the arts – our relationships with each other and the world around us, the use and misuse of power. There are the technologies of music production and sound and visual recording.

The Arts have huge potential to support intercultural learning and global citizenship, valuing the art forms of different cultures and different times, finding mechanisms to develop cross-cultural productions. Their power lies in their ability to bring diverse groups together in a shared experience.

Our modes of ‘art consumption’ are worth exploring. Music is both therapy and generator of speed (when driving). Drama and singing are used in hospitals, prisons and schools to create senses of community – all the more so if the topic of performance is directly relevant to experience.

There are very direct links between artistic traditions and environmental issues such as climate change. The former may be put at risk by the latter if people are forced from their homelands and the landscapes and materials of the arts are lost.

The research area of ‘acoustic ecology’ explores the impact of soundscapes and soundmarks as opposed to landscapes and landmarks. The idea is that our lives are made significant by our relationships and identifications with sounds as well as with places and things. Sounds matter, are integral to our world and therefore require protection. Sounds include the man-made (accents and dialects, trains, church bells) but also the sounds of nature (animals, rivers). Some sounds of course represent unsustainable behaviours (cars).

You can find an example of an acoustic ecology initiative here: the Western Soundscape Archive.

Think about: can you describe an arts project that supports sustainability?