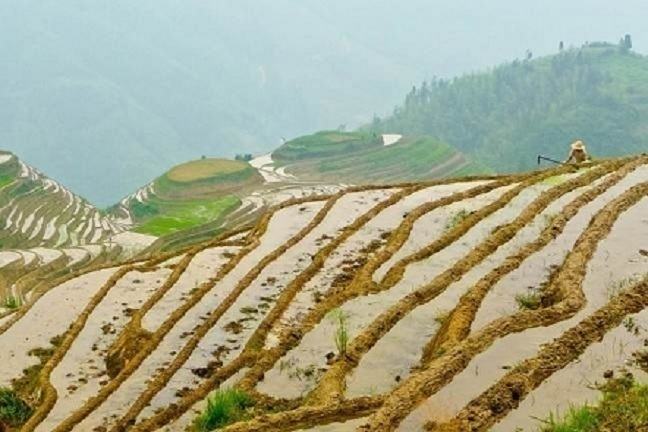 Let’s now consider the development of the sustainability agenda.

Naomi Sykes takes a historical approach and considers the extent to which sustainability is part of a continuum in our relationship to the landscapes within which we live. The full version of her article can be accessed from the PDF below. Here, we summarise a few of the key points.

Landscape is seen as central to the perpetuation of local identities, a vital income stream through the promotion of tourism, and, crucially an essential element in the forging of sustainable futures. In 1955, W.G.Hoskins published The Making of the English Landscape. Hoskins looked for continuities rather than discontinuities. He detested modernity: the twentieth century had added nothing, he believed, but ugliness to the English landscape; bureaucrats (by which he meant ‘planners’) were ruining the countryside; barbed wire and suburban development were defacing the pastoral scene and atomic bombers were drowning out the song of the skylark. The future was not bright, the past the final refuge. For the mid-twentieth century conservation lobby, The Making offered a powerful manifesto.

In 1962 the Local Authorities (Historic Buildings) Act sought to strengthen provisions for listing buildings of the type Hoskins celebrated, and in 1968 the Town and Country Planning Act changed listing in favour of preservation. Further legislation followed, in the UK and other countries, creating conservation areas and protecting hedgerows. Most landscapes are now protected by layers of legislation and local plans designed to ensure ‘that all development is socially, environmentally, and aesthetically acceptable.’ Planning will be normally granted if it ‘is compatible in terms of type, scale, setting, design and materials with the existing character of the locality’.

Using her own village of Upton as an example, Naomi argues that through historical, archaeological and palaeonvironmental evidence we now recognize the enormous contribution of earlier societies to our landscape inheritance: the Bronze Age clearance of woodland and extensive field system as well as individual monuments. We recognize the ebb and flow of arable cultivation and woodland regeneration across the Roman and early medieval period. We recognize that significant periods in the development of settlement patterns have left little physical trace in the existing landscape.

Viewed through a deep-time perspective many questions arise which challenge the basis upon which we make some of our decisions to preserve or develop today:

What the long-term landscape view reveals with clarity is that different times demand different landscape configurations; that historically the landscape has never stood still, that it has either had to be changed or it has been thought desirable to change. An informed landscape historical position would conclude that change is the essence of sustainability and resilience. With rapidly growing populations, there is a desperate need for more housing. A landscape historical perspective would tell you that dispersed settlements patterns have in the past accommodated greater number of people than nucleated villages. Do we need hedges at all as the countryside empties of animals as people reduce the meat component of their diets. How about renewable energy? Medieval farmers knew how and where this could be garnered – through watermills and windmills.

In Upton itself, however, some of the farmers are returning to medieval principles. The village has its first organic farm (complete with wind turbine) and the community are involved in weeding their crops. Our relationship to produce and the growing of that produce is changing. Community farming is, in places, beginning to replace individual enterprise.

Arguments about (1) the need for adaptability, and (2) that we should look to the past to consider how best to deal with the future, are gaining currency.

The rise of global trade has seen a sharp increase in the number of plants and animals transported around the world by humans, purposefully or inadvertently. Many of these introductions are legacies of ancient societies, dating back thousands of years. They have radically altered the environment, sometimes detrimentally by outcompeting native species in the absence of natural predators. For example, Britain has seen many extinctions over the last few thousand years including:

We can tell from the fossil record that extinctions are a normal part of evolution. However, the current rate of extinction is the cause of our concern. The perception that humans have been responsible, directly or indirectly, for the extinction or extirpation of certain species is leading to growing calls for ‘rewilding’ programmes that seek to recreate a primordial nature untouched by human actions.

Oostvaardersplassen is a 6,000ha nature reserve in the Netherlands which has been stocked with red deer and other animal species considered to be the best replacements for the extinct aurochs - Heck Cattle (B. taurus) – and prehistoric horses, e.g. Konik Ponies (E. caballus).

These herbivores have been left to regulate themselves, largely without human intervention, under a system of what has come to be known as ‘naturalistic grazing’. When red deer die, their carcasses are left and these have become an important source of food for the white-tailed eagles that moved into the reserve in 2006 and have subsequently been breeding in the area. Certainly biodiversity within the reserve has increased and it has become a haven for wildlife and an influential exemplar of conservation management. The problem with the ‘naturalistic grazing’ practiced at Oostvaardersplassen is that there are no predators which must surely be viewed as an equally important part of a functioning ecosystem.

At Yellowstone Park in America, successfully-reintroduced wolves have been managing the deer populations which in turn has seen a regrowth of woodland and an associated increase in the range of woodland species in the National Park.

Landscape history teaches us that long-term resilience, the sustainability of communities and their economies has been based on change, often radical reconfiguration, driven by people who understood their immediate environments and who had the freedom and capacity to adapt, often rapidly, to shifting circumstance. Surely one of the greatest worries that we should all have is that it would seem that for the first time in our history, people’s capacity to change is now denied just at the moment when change is most needed.

Species and environmental history teaches us that when humans play at altering ecosystems the results are not always predictable or desirable. They may sometimes be disastrous. As Keith Kirby (2009, 63) states:

“We do need to be realistic and clear as to what we are seeking from wild landscapes – is it specific species, habitats, or natural processes; is it a feeling of wilderness, or spiritual renewal; is it a new form of recreational experience? They may not all be compatible; they may not all have the same level of support both within the conservation community and the wider public”

Think about: what do you know of the history of the place where you live? How has its history shaped the present landscape?