This content is taken from the University of Bristol's online course, Unleash Your Potential: Sustainable Futures. Join the course to learn more.
View course
3.9

A brief introduction to climate change

A ‘greenhouse gas’ is a gaseous compound with the ability to trap heat (or longwave radiation) in the Earth’s atmosphere.

On a very simple level, the ‘greenhouse gas effect’ is the name for the process where certain gases trap heat in Earth’s atmosphere and contribute to the warming of the planet as a whole. 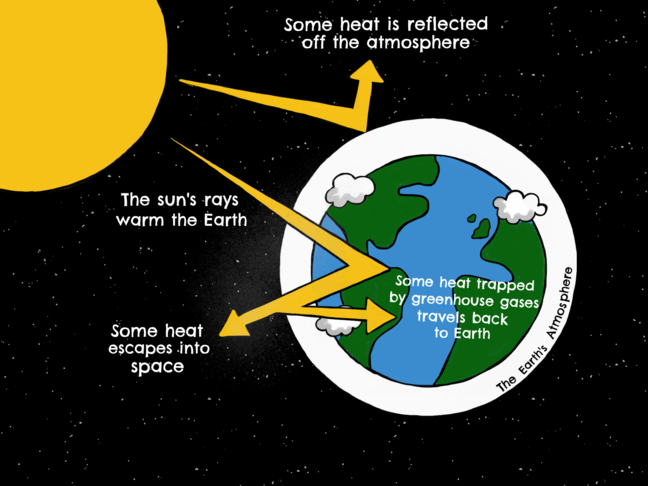 As you can see from the diagram, the sun’s rays (electromagnetic radiation with varying wavelengths) travel from the sun and pass through the Earth’s atmosphere. The Earth then absorbs the radiation with short wavelengths, causing it to warm up. Some of the radiation that would have left Earth’s atmosphere is instead absorbed by greenhouse gases, causing the atmosphere to warm up even further. In short, the presence of greenhouse gases means more radiation is trapped in the atmosphere, making the Earth warmer than if they were not present, and thus contributing to global warming.

If asked to name a greenhouse gas, many of us would say ‘carbon dioxide’, ‘methane’ or ‘nitrous oxide’. Although these three are the most abundant in our atmosphere, the lesser known tetrafluoromethane (CF4) is harming our atmosphere and increasing global warming 7,360 times more than CO2! (See, for example, Mühle et al., 2010, or Montzka, et al., 2011.) In fact, CF4 is among the most potent greenhouse gases (GHGs) currently regulated under the Kyoto Protocol of the United Nations Framework Convention of Climate Change (UNFCCC). 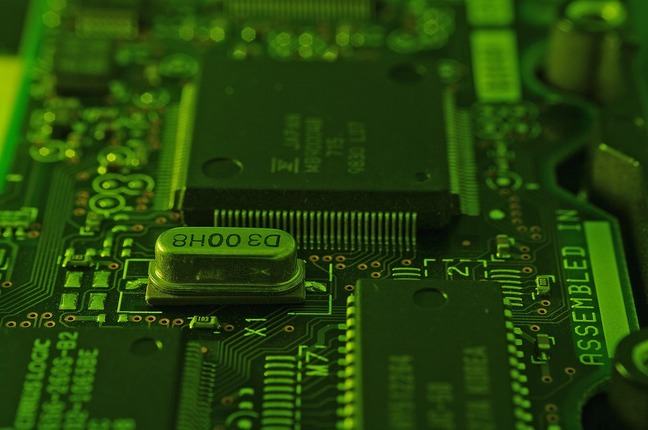 CF4 is emitted into the atmosphere by three main industries:

Initially CF4 was thought to be less damaging than other gases, because it was not ozone depleting. However, there wasn’t enough focus on it’s long life. CF4 has a half-life of 50,000 years, so even 50,000 years from now, all we can hope for is that only half of it will be in the air, as there is nothing at all that can suck it out of the atmosphere once it is there.

Over the period of 1990 to 2017, aluminium production has risen from 20,000 Ktonnes to approximately 60,000 Ktonnes. This could be due to economic growth, global and local financial crises or political instability. Rare earth smelting has also been on the rise and although the semiconductor industry is fairly new, only having been created in 1947, it has seen a huge growth in sales in the 1990s onwards, driven by the boom in personal electronic devices. Although the rise in productivity is positive in economic terms, the effect of extra CF4 being emitted into the environment could be very harmful.

So what’s being done?

The Kyoto Protocol is an international agreement linked to the United Nations Framework Convention on Climate Change (UNFCC). Countries that have agreed to the protocol are tied to internationally binding targets towards reducing the levels of greenhouse gases in the atmosphere. Due to the high levels of GHG emissions being mainly a result of more than 150 years of industrial activity, it is recognised that developed countries should be held more responsible and so should be under more pressure to reduce emissions. At the moment, each country creates an estimate of their emissions and submits that to the UNFCC. However, it’s thought that previous estimates haven’t been the most reliable, and haven’t taken into account the shift in the aluminium and semiconductor industries, nor the rise of rare earth smelting.

Both the aluminium and semiconductor industries have also been putting a lot of effort into reducing their emissions. In fact, after the year 1995 both industries actually decreased their emissions of CF4 dramatically – and other PFCs as well. As the technology they use gets better, as better abatement is introduced and as we pinpoint all the processes that emit CF4 (because sometimes it’s actually emitted by accident) the more chances we have to stop it almost entirely.

So what else is being done?

It’s worth noting that it is only very recently that the study of CF4 is getting to the level where we can say we have a good understanding of the sources and the mechanisms that generate it. For example, the fact that the rare earth smelting industry is contributing to the PFC emissions was only established in 2017.

During the next few steps, you’ll hear from experts in the field of greenhouse gases, industry and climate change talk about what they are doing in their fields, and how it contributes to this problem. Afterwards, you’ll have the chance to get involved with a discussion around the roles each person has taken in reducing the effects industry has on the environment around us.