This content is taken from the University of York's online course, Tackling Environmental Challenges for a Sustainable Future. Join the course to learn more.
View course
1.15 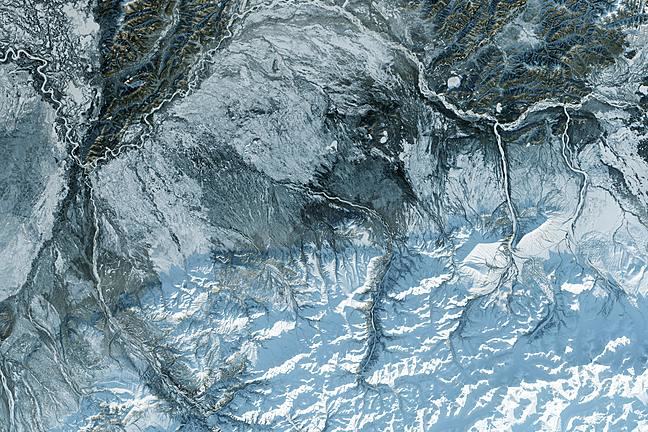 Remote sensing is an approach to measuring aspects of the earth that does not rely on being in actual contact with the earth itself – its name (‘remote’ sensing) refers to the fact that the sensing tool being used is ‘remote’ from the things being measured.

Perhaps the most famous and most important satellite platform is known as Landsat. Landsat is a US system that provides the longest continuous space-based record of the earth’s surface. The first Landsat satellite was launched in 1972 and the most recent (Landsat 8) was launched in 2013. Since its first launch, Landsat has been gathering imagery of the earth’s surface, and a result, we have a record of how the surface of the earth has changed over some 48 years. This includes an astonishingly important record of glacier change. This means that we can measure how much glaciers have retreated.

We would urge you to watch this short video clip, that provides some powerful illustrations of how satellite imagery helps us truly understand glacier behaviour.

The limits and benefits of Landsat

Landsat uses what we refer to as ‘optical sensors’ – in other words they gather data and make images from the optical part of the electromagnetic spectrum. This is the part of the spectrum that our eyes are sensitive to, which means that the imagery produced looks like a photograph. One of the advantages of this type of image is that it is easy for us to understand – we can look at the imagery produced and it makes sense to us, helping us to better interpret what we are seeing. However, one of the flaws of this approach is that like our eyes, Landsat cannot make images at night, but most importantly, it also cannot make images when it is cloudy – it can’t ‘see’ through cloud. This is problematic since in mountainous regions, where most glaciers are found, cloud and adverse weather are common. This means that there may well be lengthy periods when we cannot see our study glacier.

Landsat sensors also have a maximum resolution (the smallest sized thing that can be seen in an image). In Landsat 8 it is 30 m but in the first Landsat satellite it was 80 m. This is potentially quite restrictive when trying to observe change. The good news, however, is that there are other satellite sensors available, and more become available each year with advanced technology. Some use different parts of the electromagnetic spectrum, allowing them to see through cloud, and others are developing higher resolution sensors to see even smaller features in the landscape and thus measure smaller changes.

The power of Landsat however is the length of its record – that it enables us to build up a picture of glacier change right back to the 1970s, up to the present day. This gives us an invaluable tool for monitoring how glaciers have changed in the past, and thus the ability to predict how they may change into the future.

If you are interested, here is a great article from last year, that gives you some insights into the power of the Landsat programme in terms of its ability to inform us about long-term glacier change

If you’re really interested in what satellite data can tell us, this article addresses changes in Greenland and there are some great interactive tools on the website.