This content is taken from the University of York's online course, Tackling Environmental Challenges for a Sustainable Future. Join the course to learn more.
View course
2.4 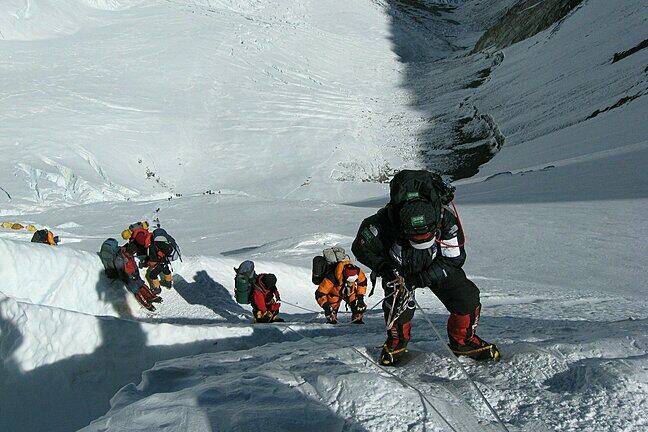 Although the ocean does modulate our climate, it also produces some regular cycles and at times, extreme events. Some of these systems are essential for supporting human life, while others can be catastrophic.

Of all the weather systems connected to the ocean, the monsoons which blow over Asia and North America have the biggest effect on humanity. These two monsoons are thought to support the livelihoods of over 60% of people on Earth.

The word monsoon comes from “Mausim” or “the season of winds.” Its distinguishing feature is that the wind changes direction with the seasons. During summer over the Asian continent the land warms up quickly because only the surface layer absorbs heat. In comparison, the ocean warms up much more slowly because it absorbs the heat to a deeper level. As we all know, ‘hot air rises’, so the warmer air over the land rises and creates a low pressure system which is filled by moist air flowing in from the ocean. Being moist, this air brings rain, especially when it hits the foothills and mountains of the Himalayas.

However, this is a delicate balance. As the seasons change the land cools down quickly but the ocean is slower to lose heat. At a certain point the balance is tipped and the wind changes direction and blows back to the ocean, signalling the beginning of a cooler, but much drier spell. Until the whole things starts up again next year.

The onset of the monsoon can be very sudden, but there are often several weeks of very settled weather just before it arrives. The ‘calm before the storm’ if you like. A little known fact is that this is why so many mountaineers head to the Himalayas in spring, to take advantage of the short spell of good conditions. Just don’t get your sums wrong and be caught on Mount Everest when the monsoon arrives.

Why is the monsoon important?

But if you are not a mountaineer, why is the monsoon so important? It’s all about the rain it brings, which makes South East Asia one of the most agriculturally productive places on Earth. The annual production of rice in India is strongly tied to the strength of the monsoon. In one of the most interesting demonstrations of the importance of the monsoon, scientists recreated its annual strength over an 1800 year period using a stalactite from a Chinese cave. What they found was an extraordinary correlation between periods of weak monsoons, which brought water shortages, crop failure and therefore public unrest, and the fall of certain Chinese dynasties.

Another extraordinary, but at times devastating, weather system driven by the ocean is cyclones. You might also know them as hurricanes or typhoons, it depends where in the world you are from, but they are all the same thing.

The term ‘cyclones’ refers to the cyclonic or spiral like winds they generate. All cyclones start over the ocean, but only under a certain set of conditions. First of all there needs to be a pre-existing weather disturbance (storm) and the water needs to be warm, above 26oC (78oF), as this heat causes the air at the surface of the ocean to rise rapidly. Rapidly rising air causes extremely low air pressures at the sea surface – another distinctive feature of cyclones known as the ‘eye of the storm’.

The Coriolis force, caused by the spinning of the Earth (see above), then causes this weather system to spin. However, the Coriolis force is too weak at the equator for this to happen, so cyclones are very rare within 5o degrees north or south. But if you go too far north or south the water isn’t warm enough – so cyclones are very much a tropical affair. Once they form, cyclones then feed on themselves – what is known as positive feedback. Hence the incredible winds they can generate – Hurricane Patricia, the strongest ever, recorded winds of 345km/hr (215 mph) in 2015.

As you might imagine, such cyclones bring incredible damage when they strike land – Patricia was estimated to have cost at least US$462.8 million across Mexico and southern USA.

The ocean also produces a number of longer-term (annual to decadal) cycles in our climate – the North Atlantic Oscillation (NAO), the Atlantic Multi-decadal Oscillation (AMO), the Pacific Decadal Oscillation (PDO) and the El Niño–Southern Oscillation (ENSO). More acronyms than you can poke a stick at! Of all of these, ENSO is the best known and probably the most significant, as it effects weather right around the world. ENSO, commonly just known as El Niño, is an abnormal weather system that generates unusually warm water off the west coast of South America.

This has dramatic effects on the ocean and land, and consequently, humanity. During an El Niño event, fisheries off Peru collapse, while Indonesia, Australia and Southern Africa can see severe drought, resulting in crop failure and forest fires. California, Peru and Ecuador can also see heavy rains, resulting in floods and landslides. Hot and dry conditions in Australia during El Niño years are even thought to make Australia more likely to win the Ashes cricket Tests. What could be more significant than that!

Have you ever experienced a monsoon or a cyclone (hurricane/typhoon)? Share your experience below in the comments!