This content is taken from the University of York's online course, Tackling Environmental Challenges for a Sustainable Future. Join the course to learn more.
View course
2.16 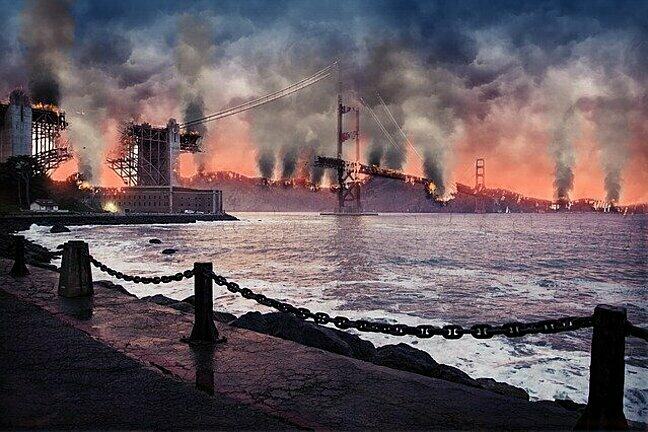 How do chemicals end up in oceans?

The interactions between civilisations and our oceans have been occurring throughout the history of mankind. It is no accident that many of the largest modern cities have developed on our coastlines as this represents easy and efficient access to transportation and trade. The proximity to the ocean also allows for access to seafood, a key component of human diets throughout the world. This proximity to the ocean also provides many direct pathways for chemicals that we have created to enter the marine environment.

The first question that we must answer in understanding chemical pollution in the ocean is to understand how chemicals enter the marine environment. The rout that a chemical take to get from its source (where it is created) to the ocean is called a pathway. One of the most obvious and clear pathways for chemicals to enter the ocean is as a direct input.

Dumping of waste directly into the ocean, is unfortunately, one of the major pathways for contamination. This was especially true of decades past, before we had a full understanding of the effects that chemicals had on marine ecosystems and the regulations in place to control them. Even so, this still occurs today. Oil spills are a high profile example and a topic we will explore in a later step. Another example is that many towns and cities discharge their sewage waste directly into the ocean.

While it is true that the vastness of the ocean can act to dilute the concentrations of chemicals and therefor reduce their risk, some chemicals are not easily diluted and do not interact with water. We call these compounds hydrophobic which literally means ‘fear of water’. Instead of diluting into the ocean, these compounds will bind with the sediment on the sea floor. If they are persistent, mean very slow to degrade, they can last for decades or even centuries.

Meteorological changes in air pressure, humidity, or precipitation can act to deposit the chemicals from the air onto the Earth’s surface. As you have learned previously, the ocean makes up the vast majority of Earth’s surface and thus becomes the landing spot for much of the chemicals that travel through the atmosphere.

Indirect exposure pathways also exist and take many forms. Chemicals, like those that are used in agriculture are applied to land. These include pesticides, herbicides, and fertilizers. During heavy rain events, water can build up and move over the land as runoff. Chemicals can travel in the runoff where they will eventually end if up in streams and rivers. In many cases, these rivers eventually flow into the sea indirectly bringing with them the chemicals that they have carried. Other indirect pathways include compounds that leach through the soil surface and travel through groundwater.