This content is taken from the University of York's online course, Tackling Environmental Challenges for a Sustainable Future. Join the course to learn more.
View course
2.20 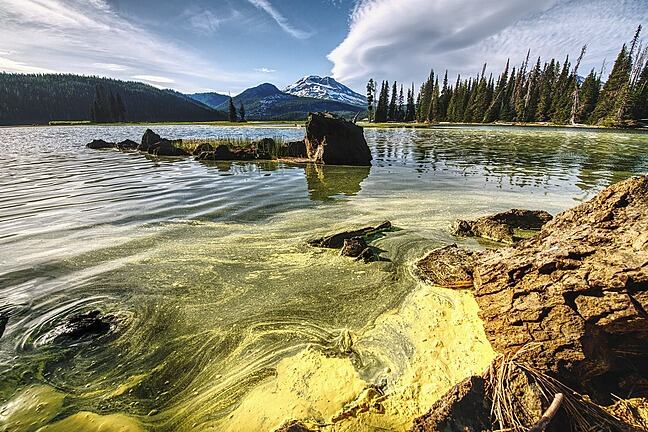 We previously discussed how excess nutrients can enter marine environments, in this step we will investigate the impacts that this has on our oceans.

The major nutrients that are needed to produce healthy crops and grow lush green grass are nitrogen and phosphorous. As the global population increases, there is more pressure on agricultural producers to provide for the growing population. To meet this demand, fertilizers are used to amend soils and increase the productivity on the crops we grow.

However, plants can only use so much of these nutrients. Excess amounts are then washed out of the soil in runoff. Some farming practices, like tilling, are used to break up the top layers of soil to increase plant growth and kill weeds. However, this process also makes soil, potentially loaded with excess nutrients, susceptible to being eroded in large storm events. This provides an additional pathway whereby even soil bound nutrients enter aquatic systems where ultimately they end up in the ocean.

The nutrients are consumed by algae in the ocean causing their populations to rapidly increase. As they die, other organisms like microbes, break down the biomass and in doing so use substantial amounts of the oxygen in the water. This depletes the oxygen necessary to support all of the other organisms. Those organisms that are able, will move out of the contaminated area, effectively creating dead zones.

As discussed previously, climate change may increase this threat as larger and more frequent storm events have the ability to increase erosion.

Watch this video on ocean deoxygenation:

Now that you have watched the video on ocean deoxygenation, can you identify some of the actions we can take to decrease the threat of deoxygenation? Feel free to comment below.