This content is taken from the University of York's online course, Tackling Environmental Challenges for a Sustainable Future. Join the course to learn more.
View course
3.3 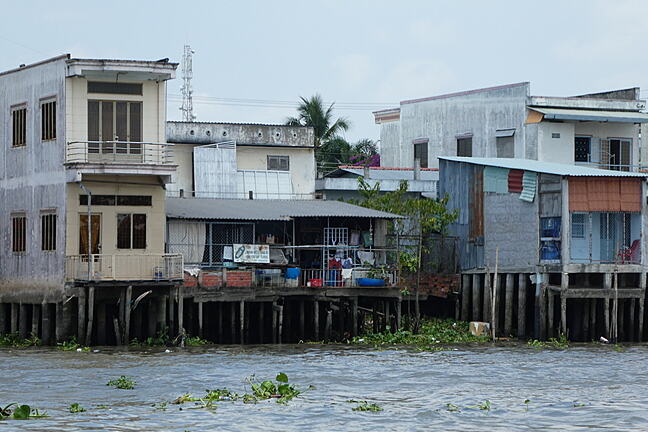 In the last step we learned about Gross Domestic Product (GDP) and how this measures the production of goods and services within a country. GDP tells us about the economic development of a country, it shows us how the economy is changing and how much money is being spent. But it doesn’t tell us about people’s quality of life, equality across the nation or education.

GDP doesn’t take into consideration other factors such as services that happen where money doesn’t change hands, such as caring for elderly or young relatives. It also doesn’t take equality into account - for example in terms of income the rich may be getting richer, producing more goods and spending more money, but this could mask other parts of the population that are getting poorer. Not all spending and producing is good either - GDP can go up during a war, because so much spending goes towards arms and ammunition. There is also evidence to suggest that individuals who earn more money do not get happier the more they earn. Similarly, people within a country may not get any happier as the country produces more goods!

What is equality? Equality is ensuring that every individual has an equal opportunity to make the most of their lives and talents.

So in what other ways can development be measured? The Human Development Index (HDI) has been developed by the United Nations to measure a broader degree of development than just economic growth. It was created to show that it is the people and their capabilities that should illustrate the development of a country, not just its economic performance, and it gives a more holistic view of development.

The HDI has three dimensions:

This illustrates how unequal the opportunities are for two people, one born in Norway and the other in Niger.

What is PPP $? Across all the countries that are assessed in the HDI there are many different price levels and currencies. In order to be able to compare them the data needs to be converted into a common currency. PPP stands for Purchasing Power Parity and it is measured in dollars. One PPP dollar has the same purchasing power in the domestic economy of a country as USD $ 1 has in the United States, according to 2011 international prices. This is the same value that is used to measure GDP and GNI.

Have a look at the HDI table. Can you see where countries have high GDP, but are ranked lower than others with better life expectancy?

Happiness can be used as an indicator of development. Credit: Unsplash

There are other ways to measure development. For example the World Happiness Report is an annual publication of the United Nations Sustainable Development Network. It bases its rankings on surveys from the Gallup World Poll where samples of each population assess their own wellbeing. The report explores factors that may contribute to these assessments, such as GDP per capita, social support, healthy life expectancy, freedom to make life choices, generosity and freedom from corruption.

According to the latest 2020 report, which averages data from 2017-2019, Finland is the happiest nation, and Afghanistan the least happiest. You can explore the Happiness Report and see how the country rankings compare to the HDI.

To summarise, development is striving to achieve decent living standards and a good quality of life in a fair, equal and environmentally sustainable world.

Today development is still linked very closely to GDP, as we saw earlier. In the next steps we are going to have a quick look at past examples of development, before focusing more on industrialisation and the link with GDP and CO2. We will then look at how we can use the alternative measures of development to help to break this link before turning to the relationship between the environment and development.