This content is taken from the University of York's online course, Tackling Environmental Challenges for a Sustainable Future. Join the course to learn more.
View course
2.13 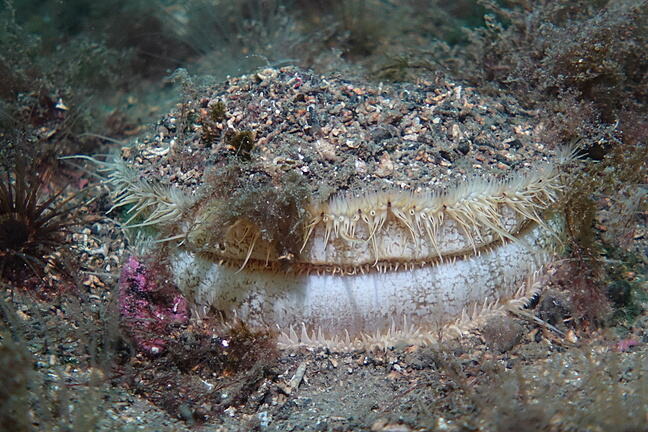 We apologise if we have depressed you about the effects of ocean warming on ocean life, but I’m afraid things are about to get even worse. The extra carbon dioxide that humans have been pumping into the air is not just heating up the atmosphere, over 30% of it is being absorbed by our seas. To some extent this is helping mitigate the effects of climate change. But it is also changing the chemistry of the ocean.

All this extra carbon dioxide is making the ocean more acidic – a process known as ocean acidification. Note that the ocean is still a long way from becoming actually acidic, as it is naturally alkaline, but it is becoming more acidic than it would be naturally. Our best estimates indicate that the average pH of the ocean has dropped from 8.25 in pre-industrial times (pre 1800) to 8.14 at present. This may not sound like much, but hopefully you will remember from your chemistry classes that pH is measured on a logarithmic scale. This drop of 0.1 therefore represents a 30% increase in hydrogen ions (or acidity).

Changes in pH are much more dramatic in temperate and polar waters, where cooler waters naturally absorb more gas. If you don’t believe me, try putting one bottle of coke in the fridge, and another in the sun. Then see which one sprays you in the face when you take the cap off!

So what’s the big deal? Well, it is both the magnitude and rate of change. The current pH of the ocean is probably lower than it has been for tens of millions of years and, critically, is changing 100 times faster than at any time over this period. Ocean acidification is essentially irreversible during our lifetimes. It will take tens of thousands of years for ocean chemistry to return to a condition similar to that occurring at pre-industrial times.

We also know that ocean acidification was one of the main causes of previous mass extinctions in the fossil record, in particular the Permian-Triassic event 250 million years ago which wiped out 96% of all marine species. For this reason, ocean acidification is sometimes known as ‘The evil twin of ocean warming’.

Species who are vulnerable to acidification

Shellfish (scallops, oysters, whelks), crustaceans (crabs and lobsters), and echinoderms (starfish, sea urchins) are among the groups which are most vulnerable to ocean acidification. This is significant because many of these species are of commercial importance and play key ecological roles. Acidification is predicted to affect their larval and young stages the most, either killing them directly or making them more vulnerable to predation and disease. If they do survive then the weaker shells of older individuals will be more susceptible to damage such as during fishing and storms.

Another ecosystem particularly at risk is coral reefs. As we heard earlier, these are already under threat from other aspects of climate change such as ocean warming (coral bleaching), and also sea level rise and increased storminess (see next step). Calcification rates (a measure of coral growth) on the Great Barrier Reef are already known to have dropped by 14% between 1990 and 2005. This rate of change was unprecedented in records going back over 400 years. Some models suggest that unless we dramatically reduce our greenhouse gas emissions by the end of this century, all coral reefs will experience ocean chemistry different from anything in their existence. This would sadly be the final nail in the coffin of some of the most beautiful and biodiverse ecosystems on the planet.

What can we do?

Unfortunately, we could go on and on. Calcifying plankton such as cocolithophorids and foraminifera, and certain seaweeds (key component of marine food webs and important carbon sinks) will also be effected. Even fish will have their hearing impaired, making it difficult for them to avoid predators, find food and navigate to and from their homes. But there is a lot still to play for - the worst of these effects are yet to be realised. By making deep and significant cuts to greenhouse gas emissions as soon as possible, we can limit the effects of ocean acidification. In the meantime we can increase the resilience of marine ecosystems by managing fisheries better, reducing pollution and runoff from the land, and creating more marine protected areas. More on that to come…

For a quick explanation of the chemistry involved in acidification, check out this short video.