This content is taken from the DeTao Masters Academy's online course, Taoism and Western Culture. Join the course to learn more.
View course 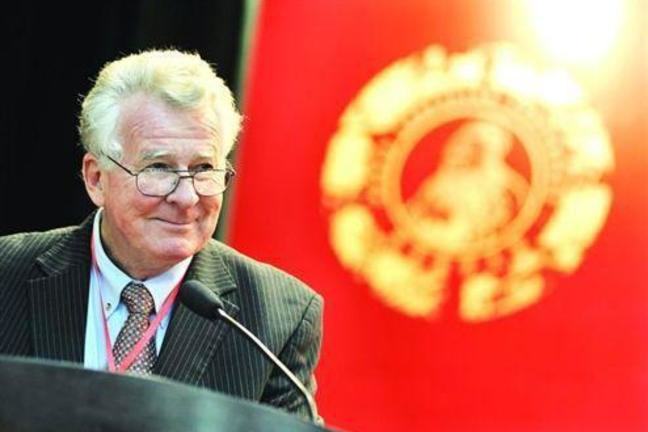 About the educator: Roger Ames

Hi, I’m Roger T. Ames, Professor of Philosophy at University of Hawai’i and Co-director of the East-West Center’s Asian Studies Development Program in the United States.

My Vision of the Dao De Jing

One central idea in the Dao De Jing and Chinese philosophy is the notion of He or Hexie, translated as ‘harmony’, or a much better translation: the idea of optimizing and maximizing. One of the illustrations is Chinese food, which puts different ingredients together for the nourishment of human beings.

What is the importance of the Dao De Jing for the world today? The starting point of Dao De Jing is that everything is done as collaboration with other people, with the environment. Individualism is a fiction. Thus the Dao De Jing provides us with an alternative to liberal individualism. The first chapter of Dao De Jing states that Dao that can be delimited is not the Dao that we find in everyday life. Different from the Christian concept “The Way”, which is external to human beings, Dao is closely associated with our everyday lives and it constantly inspires human creativity. The Dao De Jing provides Western people with a different cosmology, worldview and common sense from Chinese people. Every culture reads the Dao De Jing differently. It is an instrument that is available to the human being to think through our problems or the ordinary events.

Dao De Jing is influenced by the Sun Zi Bing Fa in the way of thinking about warfare. We should translate the Dao De Jing by moving from nouns to gerunds，because the Dao is way making, not a way. There are many senses in which we can read the Dao De Jing as being derived from a way of thinking. Despite originating from the same God, Christianity, Judaism and Islam have always been fighting over the so-called absolute truth. However, in China the Daoism, Confucianism and Buddhism, mutually accommodating and inclusive, have always been coexisting. The rhymed Dao De Jing, largely a manual on proper governance, is about Dao. Emerging out of the collaboration of all of the Wanwu, Dao is inclusive. The Dao De Jing is of practical significance to provide us strategies and counsels for various issues and problems.