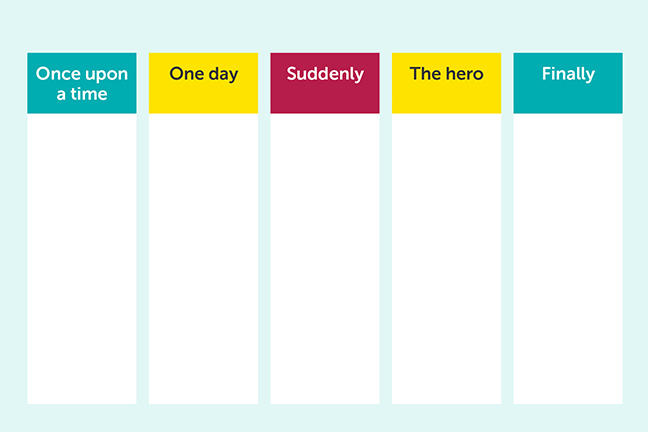 A great way to begin creating a synopsis, or summary of a film, is to use the Plot Point Sentence Starters Template attached below to deconstruct a favourite film.

What might a summary using this template look like for Frozen or for ET? When doing this activity with pupils, you can divide the class into groups and ask each group to feed back their plot summary to the rest of the class, who can guess what film they’ve summarised.

Can you tell what film is summarised below?

Once upon a time, there was a young boy who had lost his parents and so was raised by wolves.

One day it was decided that he must go back to his village to live among his own kind because a man-hating tiger had been made aware of his presence among the wolves.

Suddenly, he was taken hostage by a gang of unruly monkeys, who took him far away.

The hero confronted the tiger and scared him away into the jungle.

Finally, the hero was welcomed into the village with open arms and he lived happily ever after.

Please add to the comments below. Feel free to create your own short summary of a film and share for others to guess.