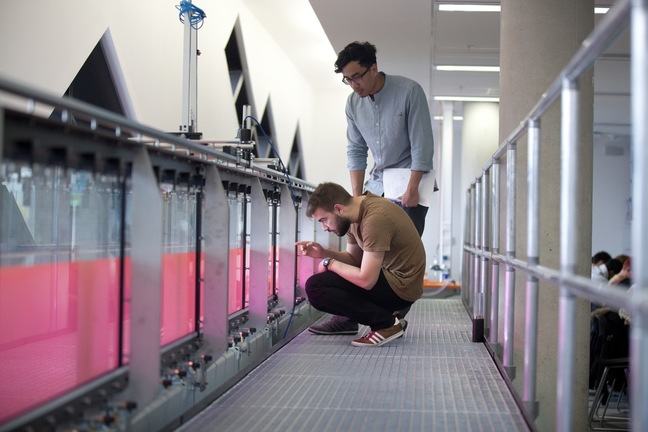 As well as describing any equipment that you used, the procedure section should also describe the steps that you followed in your experiment.

Here are some things that you should consider when describing the experimental procedure.

Explain how the Risk Assessment impacted the experiment

The experimental procedure can be considered to consist of a number of tasks. All tasks can be divided into one of the following four categories:

The list of tasks can either be carried out in series (one after the other) or in parallel (tasks occurring at the same time). Your procedure section should state the tasks in the order in which they happen. This will make it clear whether the tasks are in series or parallel.

The procedure should also give any time considerations. For example, if operating from cold, the time taken for the equipment to reach steady-state should be stated if this is a reasonable part of the overall experimental time. In the case of repeat measurements (for example to test reproducibility), the number of repeat experiments should be made clear.

Information on the group size will be invaluable for any reader who is considering repeating the experiment. Try to consider what might be the minimum and maximum number of people required to operate the equipment. Don’t be confused by the number in your actual group - this is often determined by timetable requirements. This type of critical analysis - where you analyse what is currently taking place - is a transferable skill that is useful in management situations.

Report quantities in their units of measurement

Example: Small volumes are typically measured in ml. If they are required in the SI units of m3, the numbers would be multiplied by the appropriate conversion factor in the Results section of the report.

Explain what happens next

The experimental procedure should not end with the last measurement. There are two further considerations:

Try not to simply accept that the procedure is perfect - consider whether it might be improved. This provides an opportunity to show the person reading your report that you have thought critically about the experiment.

Example: Your experiment involved mixing two components to form a mixture. The mixture has limited use after the experiment and you spend time disposing of it properly. Therefore you report that less mixture should be produced in future experiments to reduce both waste and experimental time.

Now that we have covered what goes in this section, let’s turn our attention to how it should be written. Your procedure section should be presented in a specific way - using what is known as the passive voice so that the reader can focus on the experimental method. In the next section, we’ll look at the language conventions you should follow when writing your procedure.