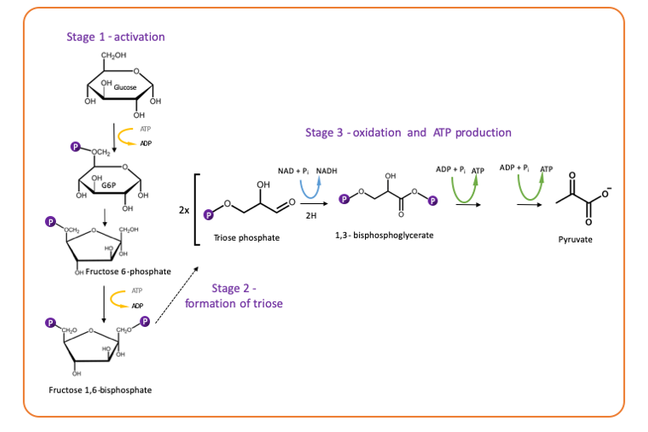 Chemical reactions of the 3 stages of glycolysis

Welcome to our first Biology Toolbox. In these articles we will provide more technical explanations of some of the concepts that underlie the topics we are covering.

One of the main sources of energy in the cell is glucose. Glucose itself is not used directly as a source of energy, but the cell breaks down glucose through the process of ‘oxidation’ to release the energy stored in chemical bonds. The cell effectively burns glucose by combining it with oxygen to produce energy.

Oxidation can be defined in several ways depending on context, e.g. one definition of oxidation is loss of electrons. In this context, oxygen steals away electrons from glucose, breaking up its chemical bonds. These electrons are used to produce ATP by powering the formation of a proton gradient. The more electrons a substrate loses, the more ATP can be produced from it. This happens by transfer of electrons to electron acceptor molecules such NAD. Oxidation can also be defined as the loss of hydrogen, for example, the transfer of hydrogen to NAD to form NADH.

The energy produced in this process is only useful to the cell if it’s converted into ATP. Conversion of glucose to a cell-friendly energy form (ATP) takes place during cellular respiration and involves many steps.

The first stage of respiration

The first stage of respiration (Glycolysis) is the same in both anaerobic and aerobic respiration. Both aerobic and anaerobic respiration start with glycolysis. Glycolysis is the first stage of glucose oxidation and involves breaking down glucose (a 6-carbon molecule) to 2 pyruvate (3-carbon) molecules. Glycolysis is independent of oxygen. Further breakdown of pyruvate requires oxygen for full oxidation of pyruvate, which in turn results in energy production and the formation of carbon dioxide and water. In the absence of oxygen pyruvate bypasses full oxidation and goes through a process called fermentation. 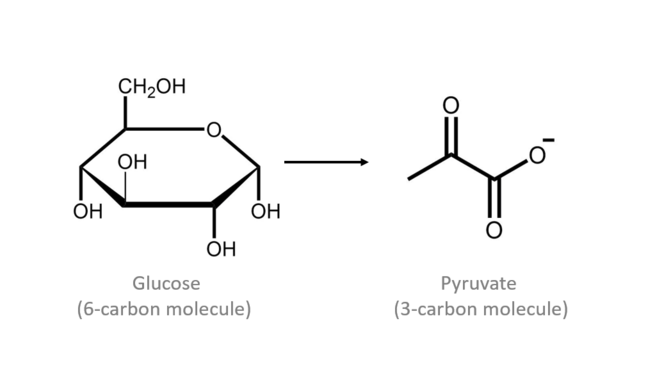 The first stage of glycolysis has 3 steps and uses ATP (requires energy) to activate glucose. The first step is phosphorylation of glucose (adding a phosphate molecule to glucose). Phosphate from one molecule of ATP is transferred to glucose (by an enzyme called hexokinase). The newly phosphorylated glucose is called glucose 6-phosphate (G6P). Having lost one of its three phosphates, the ATP becomes ADP. 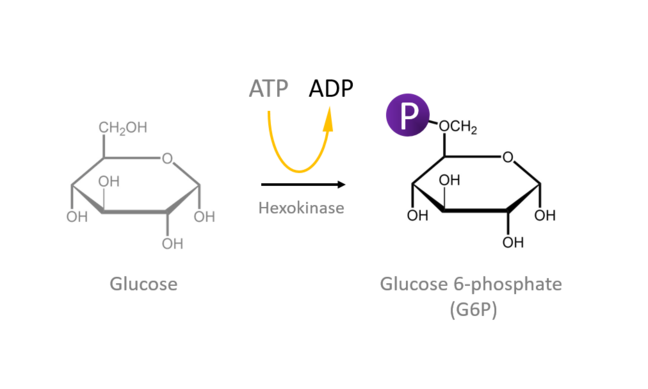 Next, glucose 6-phosphate is converted into fructose 6-phosphate by isomerisation. Isomerisation is the rearrangements of groups within a molecule without addition or deletion of any atoms. Note fructose and glucose are both 6-carbon molecules, with different structures. 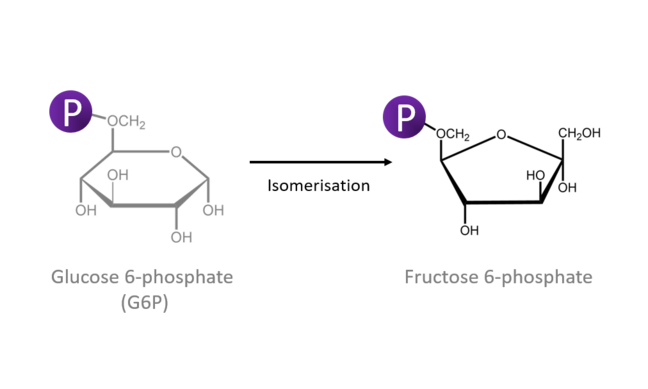 Figure 3. Chemical reaction of isomerisation of glucose 6-phosphate during glycolysis 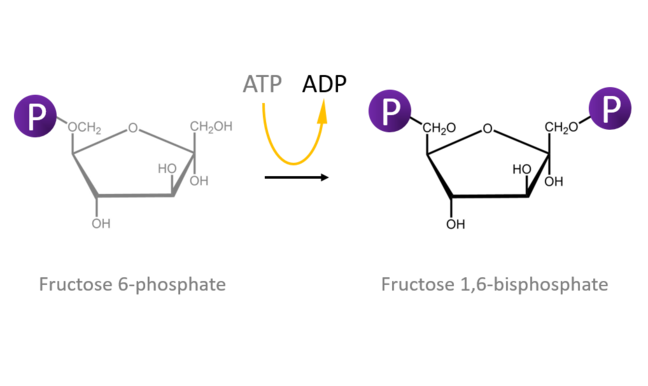 You have probably noticed that although the goal of respiration is to produce energy, we have so far spent two molecules of ATP. You need to spend money to make money.

During this stage, the 6-carbon fructose 1,6-bisphosphate is split into two 3-carbon molecules known as triose phosphate. This stage also requires isomerisation (not detailed here).

Figure 5. Stage 1 and stage 2 of glycolysis

Stage 3 of glycolysis: Oxidation of triose phosphate results in the production of ATP

During this stage the two triose phosphate molecules each lose 2 protons (H+) and gain a phosphate group to reduce NAD to NADH. The resulting product, 1,3 bisphosphoglycerate (which possesses two phosphate groups), is a high energy molecule which can phosphorylate ADP to ATP.

NOTE: later, after glycolysis is over and under aerobic conditions, the NADH transfers the electrons it has gained in this step to the electron transport chain to synthesise more ATP. 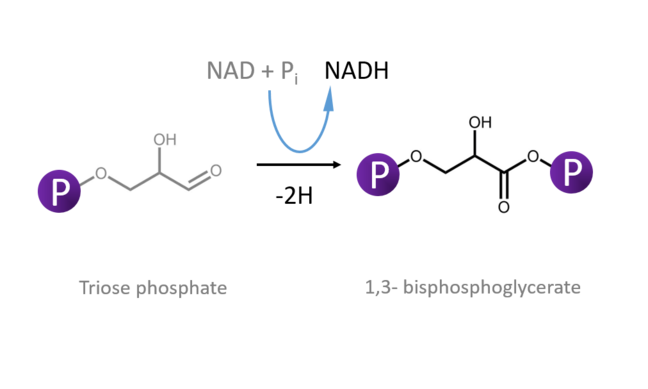 Simultaneously with the reduction of NAD to NADH, one of the phosphates is transferred to ADP from 1,3 bisphosphoglycerate, resulting in ATP. The triose sugar still possesses a phosphate and this is used to produce another high energy molecule, which phosphorylates additional ADP. The result of this process is 2 molecules of pyruvate from the original glucose molecule. 4 molecules of ATP are generated during this stage. 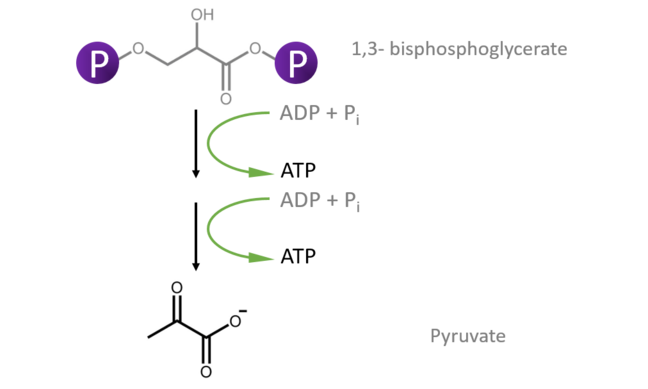 Figure 8. Animation of 3 stages of glycolysis

Question: What is the net increase in ATP during glycolysis?

Per molecule of glucose, glycolysis produces: