This content is taken from the University of York's online course, The Biology of Bugs, Brains, and Beasts. Join the course to learn more.
View course
3.3 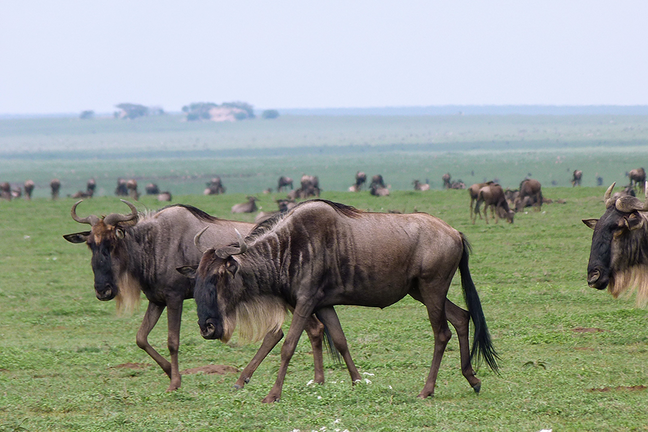 Wildebeest deciding if they will cross the road

Biology toolbox: what is an ecosystem?

1.4 million wildebeest migrate around Serengeti, searching for food, nutrients and water. As they move, they eat grass in one place, accumulate nutrients, and then excrete the waste. Since the herds are always moving, this represents a continuous transport of energy and nutrients around the landscape.

In the video in Step 3.2, we heard how ecologists use different tools from simple counts and surveys, through high-tech satellite-communicating collars, to laboratory analyses of nutrients and biochemistry to understand how ecosystems function. Before we dive too far into the world of ecology, it is essential we understand a few core concepts and the terms ecologists use to describe them.

The numbers are staggering: 1.4 million wildebeest each poo about 2kg of droppings a day, giving a colossal 3620 tons each day or 1.3 million tons per year! And yet Serengeti is not buried in dung, since the nutrients are rapidly picked up and transported again by an army of dung beetles and microbes that release the nutrients back into the soils somewhere new. 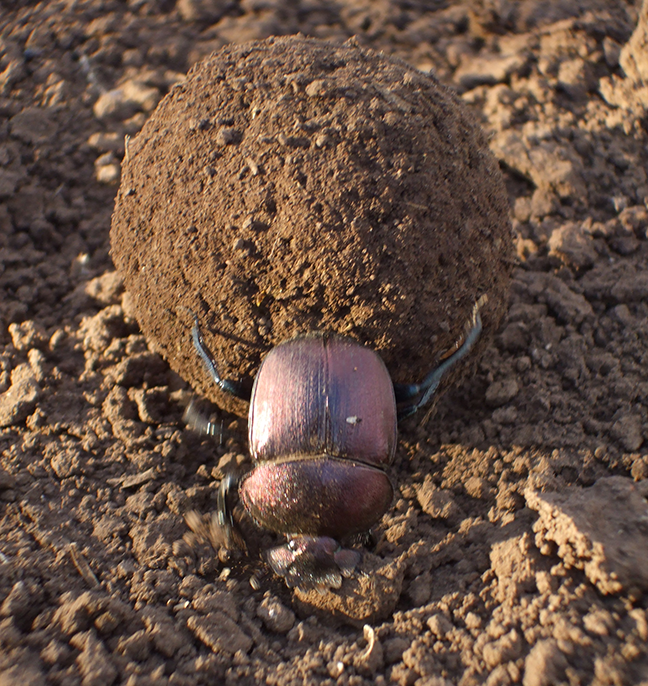 Nutrients drawn from the rich soils of southern Serengeti are captured by grasses, consumed by wildebeest and then transported somewhere else, some only a few kilometres away as dropping, others carried within the bones and muscles of the animal until it dies hundreds of kilometres from the source. This cycling of energy and nutrients occurs across the entire region where the wildebeest roam: we define the Serengeti ecosystem as the places where nutrients regularly cycle. Of course some nutrients leave the system: for example, migrant birds from Europe grow new feathers during their winter, built with Serengeti nutrients, and they will carry them back to Europe until they shed them again before their return, fertilising European soils with nutrients from Africa.

Ecosystems aren’t closed systems, but can usefully be defined as places within which elements are regularly recycled and energy flows can be tracked. They can be nested: for example, a pond in Serengeti will have algae that capture energy from the sun and nutrients from the water, algae might be eaten by a water flea, which could be consumed by a fish, which then dies and detritivores will return nutrients back to the water: all within the larger ecosystem of the Serengeti.

Confusingly, a pond could also be an example of a habitat. In common usage, a habitat is often used to describe what is more technically a vegetation community. For example, people often refer to a woodland or grassland habitat. Technically, however, a habitat refers to the place within which an organism normally lives, while a community describes all the populations of species that live and interact together in the same place. So a pond, for example, could be a good habitat for a frog, but a forest is not wildebeest habitat.

Habitat is a description of the place that is the usual home of an organism, hence the shared root with habitation describing human homes. Somewhat arbitrarily, we might focus on smaller features and define a microhabitat, where the local climate can be very different from the large-scale habitat. For example, the habitat of lizards such as the Mwanza Agama are rocky outcrops in Serengeti, but we could look closely and see that they prefer rocks with hiding spaces on the sunnier side of an outcrop that heat up faster than shaded areas. Since sunnier rocks can be considerably warmer than shaded areas they have a warmer microclimate and such locations are suitable microhabitats. 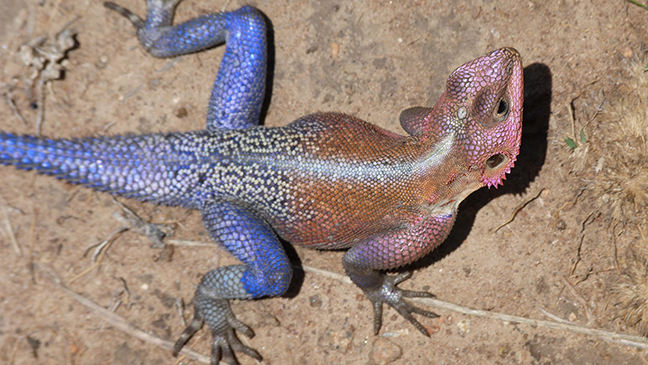 Finally, at the largest scale, ecologists talk about biomes. A biome describes places in the world with similar environmental conditions (primarily temperature and precipitation) that share a common ecological process and consequently have vegetation with similar structure.

The Serengeti ecosystem is an example of the savannah biome: a vegetation type that occurs across the world in hot, dry environments. Although the species within a savannah differ from continent to continent, they always have lots of grass and variable cover of woody plants that usually lose their leaves during the dry season.

Tropical forest is another example of a biome: hot, wet regions of the world reliably grow evergreen, broad-leaved forests. Ecosystems can cross biomes, if there are large scale movements of nutrients between them (for example caribou in Arctic Canada move from the boreal forest biome to Arctic tundra for the summer), and biomes can contain many habitats and vegetation communities.