Prior to segregation in meiosis, homologous chromosomes pair and genetic material is swapped. 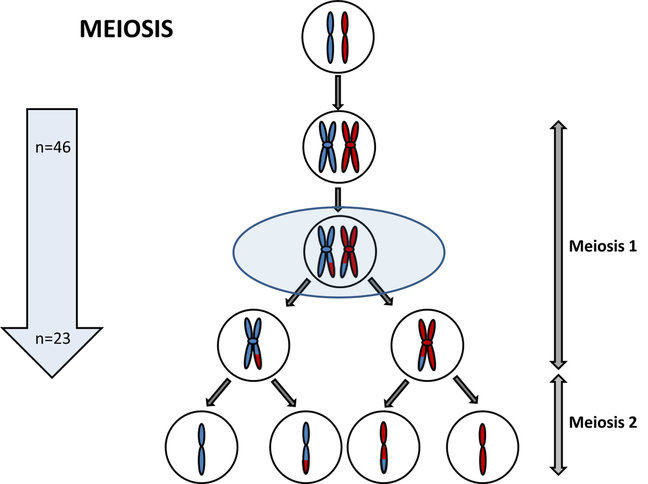 Example of Recombination during Meiosis 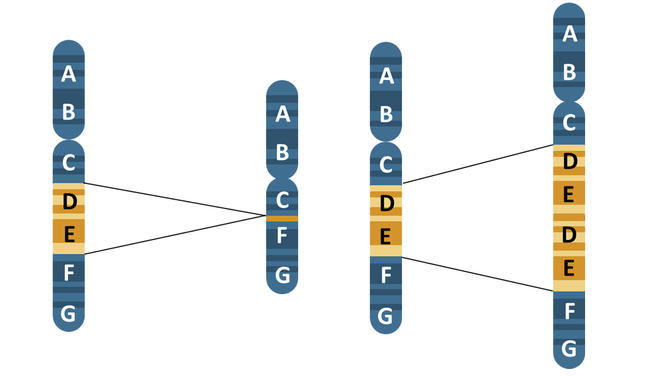 Example of interstitial deletion and duplication

The phenotypic (clinical) effect of a deletion or duplication depends on the genes involved. Deletions are generally more likely to have a phenotypic effect than duplication. Large deletions are likely to be lethal. One of the commonest microdeletion syndromes is Di George syndrome, involving deletion of a region of chromosome 22 called 22q11. Di George syndrome can cause a variety of problems, including heart abnormalities, defects of the palate, problems of immunity and calcium control. Children and adults often have a characteristic facial appearance. 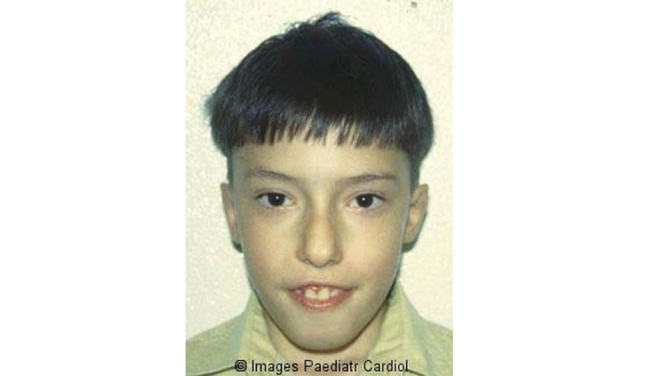 A translocation describes when a portion of one chromosome is transferred to another chromosome. Translocations can be balanced or unbalanced depending upon whether there is a net gain or loss of genetic material. They are broadly classified into Reciprocal or Robertsonian translocations. 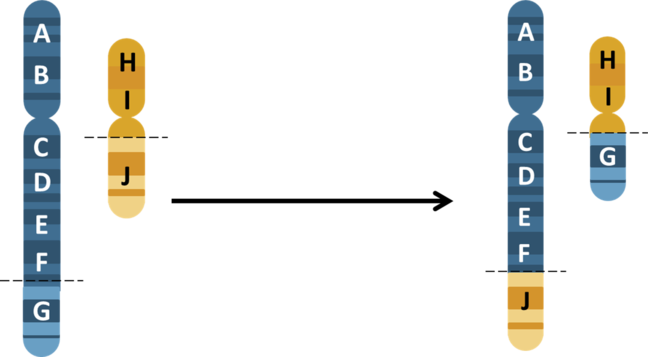 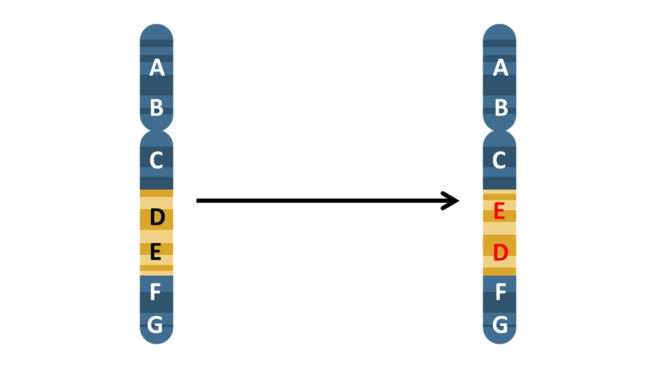 Usually inversions are not associated with any loss or gain of genetic material and so a carrier is asymptomatic (unless a critical gene is disrupted at the breakpoints which is rare). They may only become aware of their carrier status if they have a child with an unbalanced arrangement or they have chromosome investigations for infertility or recurrent miscarriages.

Just for fun - Spot the difference!

Download these images and spot the difference! Can you identify the deleted chromosome region?