Morphine itself is a very useful medicine and we can compare morphine to its close cousin, codeine which is used in a number of over-the-counter medicines for pain.

To begin with we will take a look at the chemical structures of morphine and codeine side-by-side. This diagram shows both molecules demonstrating their highly similar structures: 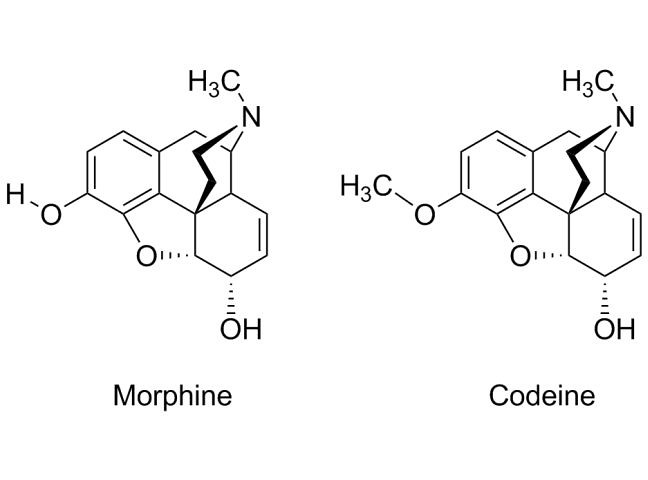 Codeine differs only slightly to morphine where the hydroxyl group attached to ring A has been modified to a methyl ether.

This small modification improves the absorption of the drug from the gastrointestinal tract. Interestingly, the body must metabolically convert codeine back into morphine in order for it to have an analgesic effect. 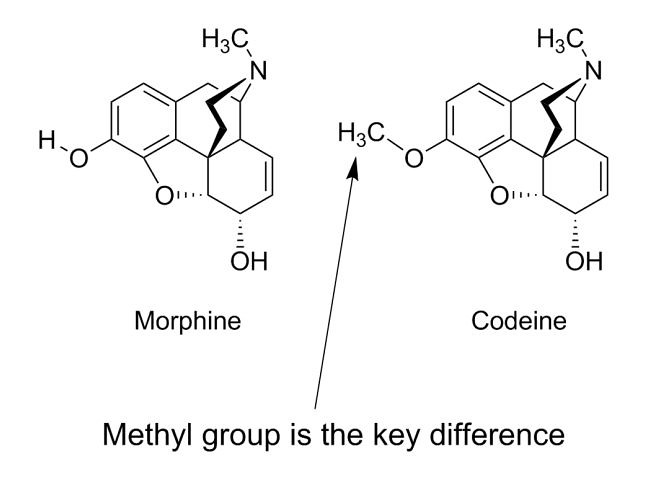 Codeine itself is unable to provide pain relief, and the requirement for metabolic conversion indicates that codeine is a pro-drug.

Pro-drugs are usually close analogues of the medicine we wish to use, whereby we exploit the metabolic machinery of the body to generate the active drug, which then has a therapeutic effect. 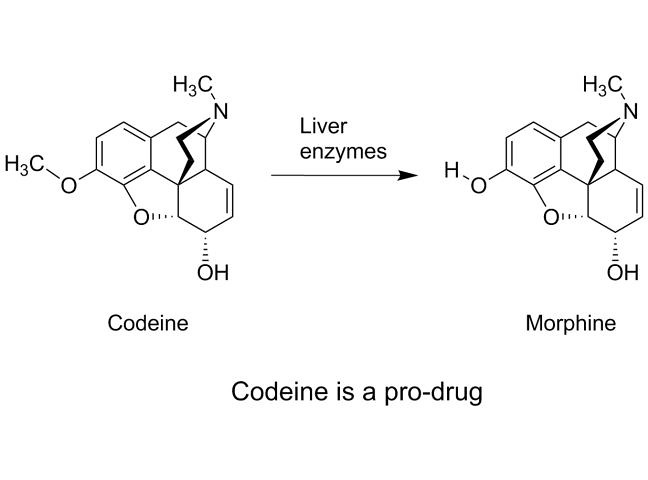 Curiously, not everyone has the ability to metabolically convert codeine into morphine. As a consequence, these individuals are unable to get adequate pain relief using codeine.

Those who lack the appropriate enzymes represent about 8% of the general population.