Equation of state for non-ideal gases

PV=ZRT, z : compressibility factor
- Z can be estimated using the concept of “corresponding states”.
It states that gases behave similarly with respect to non-ideality;
that is, they have the same Z value when they are in corresponding
states relative to their respective critical pressure and critical
temperature.

- The Z values are tabulated (graphed) as a function of P, T, thus Z
depends on P, T.

where P, and T are the actual pressure and temperature and Pc
and Tc are the critical values. 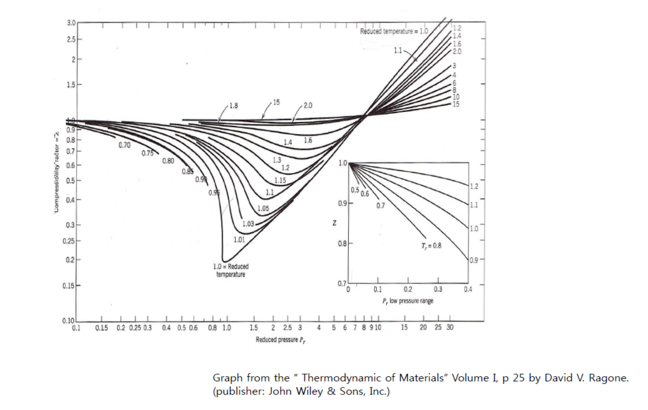 ② Another consideration
Particles are interacting each other. This correction should be     considered in the pressure term.