Explore the possible future of Earth

A tipping point occurs when there’s a shift in the state of a system towards a new equilibrium. We’re now facing tipping points in our climate system that could accelerate the dangerous effects of climate change. Natural systems will change, as will human systems. In future we could see the collapse of the West Antarctic Ice Sheet, dieback of the Amazon or droughts across the Sahel but also behavioural changes and regional warfare.

On this course you will explore the concept of tipping points from an interdisciplinary perspective, discovering their role in climate change and the future.

0:17Skip to 0 minutes and 17 secondsYou might have heard that we need to limit global warming to less than two degrees in order to avoid dangerous climate change, but what does that actually mean? And what will the impact on our daily lives be? Tipping points happen when a small change makes a big difference to the fate of a system. Now there are examples of tipping points all around us. Some of them are in the climate system, but some of them are in our societies, and they have profound implications for our future on this planet. My name's Tim Lenton, and I'm a professor of climate change and earth systems science here at the University of Exeter.

0:54Skip to 0 minutes and 54 secondsNow for the last 10 years, I've spent a lot of my research time trying to identify tipping points, especially in the climate system, but increasingly, I'm now thinking about tipping points in social systems. And we've been researching, can we get early warning signals [? of ?] these abrupt damaging changes? And if so, could we provide society with some forewarning, for example, catastrophes like a collapse of the West Antarctic ice sheet so that we can then do our best to try and avoid the worst. So in this two week course, I'll introduce you to the key concepts of tipping points. How we go about modelling them, and how we observe them in the real world.

1:34Skip to 1 minute and 34 secondsIn natural systems including the Arctic, the Amazon, and the oceans, but also, how we see rapid changes in social systems, including the Middle East and in conflicts, more generally. And then, we'll look at how policymakers are using the concept of tipping points to try and prepare us for these rapid and potentially damaging changes. But do tipping points always have to lead to negative consequences? Or might we be able to tip positive change in the world around us? Increasingly, we have incredible agency to reshape this planet. Join me to find out more.

Tipping Points in the Natural World

Tipping Points in the Human World

This course is for people with a basic knowledge of climate change science (to get an introduction join the course Climate Change: The Science). 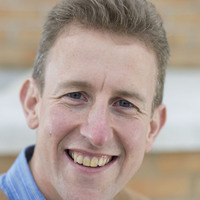 Professor Tim Lenton is Chair in Climate Change/Earth System Science at the University of Exeter. His research focuses on understanding the behaviour of the Earth as a whole system. 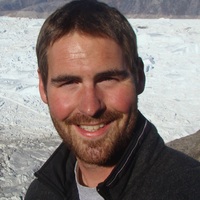 Senior Lecturer at The University of Exeter specialising in Glaciology, GIS and Remote Sensing
Educator on Climate Change: Challenges and Solutions
Find me on twitter @DamienMansell 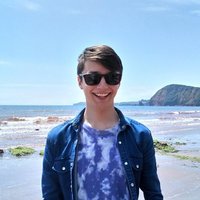 PhD student researching the impacts of climate change on our world

You can use the hashtag #FLTippingPoints to talk about this course on social media.