We heard, in the previous Step that the EU Regulation on Nutrition and Health Claims 1994/2006 is in place to prevent the inappropriate use of nutritional and health claims by food manufacturers, which could lead consumers to perceive some products as having nutritional or health advantages over others. This could negatively influence their food choice and therefore also their nutritional intake [1]. The law states that for the health claim to be approved it’s necessary that the substance in question is present or absent in the product in sufficient quantities to produce the nutritional or physiological effect claimed. Health claims should be also easy to understand to avoid any misinterpretation by consumers [2].

The same legal framework has an impact on the way companies advertise their products. The giant company Danone, for example, used to advertise their Actimel ‘probiotic’ yogurt-type drink, by claiming that ‘it helps to strengthen the body’s natural defences’. According to the European Commission, the term ‘probiotic’ implies that a product provides a health benefit, which could be misleading to consumers unless it can be scientifically substantiated. After the regulation came into effect, the sentence was removed from the packaging.

In spite of many applications submitted to EFSA [3], there are no approved health claims for probiotics. This is because EFSA applies three basic criteria that have to be met if a food or ingredient is described by a health claim:

Applications for probiotics have failed to provide sufficient evidence for:

As result, no specific health claims relating to probiotics have been approved by EFSA [3] and as the situation stands, the word ‘probiotic’ is banned from use in marketing and on pack in the EU [5].

The Novel food Regulation 2015/2283 was issued to control the entrance of new food ingredients into the EU market and protect consumers from eating food that could be potentially unsafe. ‘Novel food’ means any food that was not used for human consumption to a significant degree within the EU before 15 May 1997. These foods do not have a ‘history of consumption’ and they include foods produced from microorganisms like fungi or algae, compounds derived from minerals, cultured cells and new plants [6]. Throughout history new types of food and ingredients have found their way to Europe from different parts of the world as novel foods, such as bananas, tomatoes, maize, rice, and spices. The video in this article provides a good overview of what the EU considers a ‘novel food’.

As well as new food types, like edible insects, chia seeds, baobab fruit and physalis, this law affects traditional products made with novel ingredients such as ‘The Impossible burger 2.0’ produced by the US plant-based company Impossible Food. It uses genetically modified heme from the roots of soy plants to replicate the vivid pink colour of conventional burgers and to give the iron-like taste of conventional meat. Whereas this ingredient has been approved for human consumption by the US Food and Drug Administration (FDA) and therefore it is available to buy in the US, it has yet not been authorised by EFSA and this is slowing the company’s entrance into the European market [7]. Before commercialisation in the EU, approval from EFSA will have to be obtained. 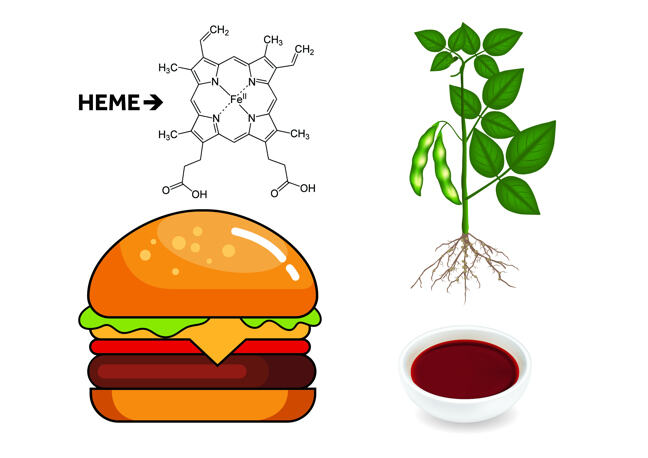 Many of the approvals for novel foods include specific requirements for additional labelling statements. The Novel Food Catalogue lists products of animal and plant origin and other substances subject to the Novel Food Regulation.