This content is taken from the University of Strathclyde's online course, Understanding Modern Business and Organisations. Join the course to learn more.
View course
4.19 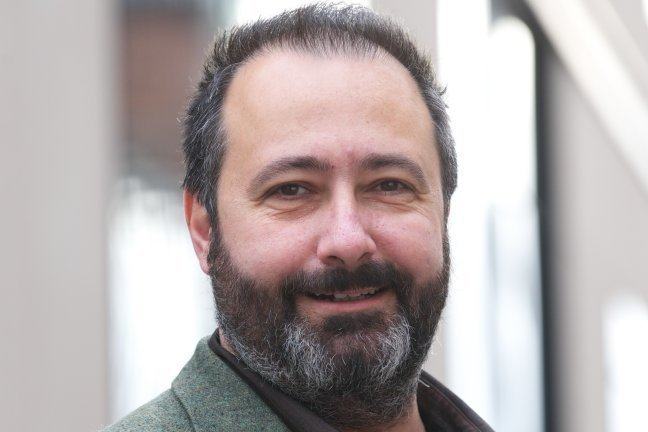 Only 3 questions this week. Hopefully there will be more in this week’s ‘Ask Viktor’ step. However, the questions are interesting. The common theme seems to be that most of you want some recipes, best practices, the right way or best way to do something. I am sorry to say that this is not possible. All the situations, contexts, organisations, etc. are very different, so there is no one-size-fits-all solutions. You will need to handle every single instance as a new problem.

Joseph, your question is perfectly legitimate. When I ask for tolerating failures, my focus is on the experience of how much damage is done by punishing every single failure. This is particularly important in R&D (research and development), where you need to try out numerous ways that do not work until you find one that does. But, of course, this issue is not limited to R&D, you may also invest a lot of effort and/or money in trying to close a business deal, and it may not work out at the end. To me it is obvious that if the policy is to punish every single failure, people will only go for things they are more or less sure about. If this is not what you want in your organisation, you need to tolerate failure.

However, I did not mean that you should keep indefinitely on your payroll a development engineer who has never had a single idea, or a salesman who is spending a great deal of energy and money but never closes a single deal. The habit of ‘nothing gets penalised’ is dangerous, and people may slip into the habit of not doing anything or, at least, nothing meaningful. So, for me, one criterion is a credible effort. However, a credible effort is not sufficient, as it may be that I work really hard but will never succeed, as I am not talented for that particular area. For instance, I am not talented for sales. I could try to figure out crazy business deals, make more than a sensible effort, and it would never not work out, as I am so bad at it. So if someone is consistent in delivering poor performance, will need to do something about it – either fire, or try to move that person into an area where (s)he feels better and delivers better performance. As sport coaches often say, not all of those who like to play basketball are good, but those who are really good, usually also like to play the game. Very few of us would want to work in an area where we cannot deliver a good performance, even if indefinite failure was allowed. Most of us would also feel bad if we simply cannot deliver (our moral compasses would typically say this), and we would probably leave without being sent away.

As someone said last year in this course: “In order to gain success in long term, we must tolerate mistakes and failures and try to educate, motivate and trust the employees. This way, we can have qualified employees who value the environment they work and belong.” Perhaps even more importantly, the failure itself, is not a problem. As many business gurus emphasised over the past decades, you do not really fail when something does not work out, you really fail if you do not learn from it and do it better the next time.

If failures turn into habit, it may be too late to fix them, and this is obviously bad. But habits are also extremely useful. What would happen if we started to figure out every day from scratch whether we should put the socks on first and then the shoes, or the other way around. Deviations from habits can also be dangerous. When I was doing my MBA we had a guest speaker from the US, who asked all the male participants to put their hand where they started their shave that day, the previous day, or the first time when they shaved. Most people did not move their hand. So, it is clearly a habit. Next day, someone came in with cuts over his face – he tried to do it differently. It is not bad to have habits, it is bad to not know that they are habits…

Анна Бей is asking for clarification about the following: “I think ethics and morality in the organization might be reflected in its corporate culture and there might always be a feedback between management and stakeholders. So what is the best way to find a balance between making profit and being ethical and responsible company? If a market became more and more competitive every day?”

Of course, you are right Анна, as both morality and organisational culture are about values, the organisaitonal culture will reflect the organisation’s moral standpoint. However, most things are not simply right or wrong. Most actions that we can take have multiple aspects and multiple consequences. Now some of these consequences may be right others wrong. Or some good and others evil. Often for someone one particular aspect is dominant and for others a different aspect would be dominant. For example, I cannot imagine any justification for dropping a thermonuclear bomb somewhere, as it would kill a huge number of people. However, I have heard arguments that it may put an end to a war and thus save more lives overall than how many it would take. Or there are some who argue that it is then the people from the ‘enemy’ that are killed, and ‘our’ people are saved. I cannot imagine that someone considers these arguments to be a valid justification for actually pushing the red button, as my moral compass gets in ‘alarm’ mode. However, I can understand what the logic of the argument is. Of course, most of us never face such decisions in our lives, but the same can work in many other ways. For instance, I think that the Barbie doll is an evil thing. The reason is that it typifies beauty. Yes, I know that there are now several Barbie variants, but 3 types of beauty is still a standardisation, and will cause pain to those who do not fit any of the types. So a friend has asked me if I think that he should not buy a Barbie doll for his daughter. It is not that simple: not having a Barbie doll, in an environment where all kids have one, may result in being excluded from the group. So it can go wrong both ways. It is only in books that it appears that things are simply right or wrong…

Now in terms of the conflict between morally good and profitable (as in good for the organisation), we need to rethink the idea of GoodWork. GoodWork is not a real term, it is a somewhat metaphoric and certainly poetical expression that Howard Gardner, Mihály Csíkszentmihályi and others created as the name of a project they were undertaking. Therefore it is not social entrepreneurship or any of the other technical concepts that you might have thought about. However, you were not entirely on the wrong track, as social entrepreneurship was one of the ideas that inspired the GoodWork project. So Howard, Mihály and their collaborators found it annoying that powerful business people often justify doing things that their own moral compasses indicate to be wrong by saying that this was the only way to achieve success, and they sometimes even add that whoever says otherwise is lying. Therefore they started a large-scale project, and they interviewed a number of people from a variety of professions (not only business people, they also looked at journalists) who managed to get very successful while doing morally very good things. For instance, feeding people who are hungry, supporting cultural values, or whatever they believed in. I have also personally seen more than a few exceptionally successful people (many of them business people) who were very proud of always doing, or trying to do, good things. So the GoodWork label means that success and moral goodness can go hand in hand.

An interesting moral question, often raised in MOOCs, is about the quality of feedback in the peer review exercises. Furthermore, it is often also raised why the support team does not do something about it. The reason is that an essential aspect of the peer review is that the teacher (or support team) is not looking into it, as this provides you with the freedom to argue your opinion on your own with peers. Of course, I find it immoral if one does not provide a decent feedback, more precisely, if one does not make a credible effort to do so. I would have assumed that in a MOOC people would be really good at this, as nothing is compulsory, everything is social, and, I hope, you are all here for learning. Providing feedback, I hope those who provided good feedback in our exercises will back me up on this, is often more rewarding than receiving it. To provide a good feedback, you need to step over your initial thinking frame, to open your mind to someone else’s argument, to consider a different way of thinking and a perspective that may be substantially different from your own. This means that you will achieve higher complexity, and consequently deeper knowledge and better learning. So you are doing it at least as much as for yourself as for the person who is receiving your comments. But we cannot control this, as the control would mean bringing this whole issue over from the fine to the normative regulation, we would need to provide prescriptions, to control, and to punish those who do not do adequate job. This would go against not only the topics covered this week but, I believe, also against the essence of what MOOCs are about. All that happens is a moral error on the part of those who did not make the effort to provide a decent feedback. And the punishment for a moral error is remorse. Nothing else.

Ashok, let me tell you first that there is no answer to your question. However, you may recall the week 2 material, and specifically the quote from Charles Handy: “By the time you know where you ought to go, it’s too late to go there.” This suggests that it is useful to go for the upcoming concepts, only you need to choose the right upcoming concept. I don’t think there is a sector-level distinction, although there are some sectors that are often behind, usually where either the bureaucracy is exceptionally strong or where safety is particularly important – so you only want to use something that was checked 100 times.