This content is taken from the London School of Hygiene & Tropical Medicine, ARCTEC, Liverpool School of Tropical Medicine & IVCC's online course, The Global Challenge of Vector Borne Diseases and How to Control Them. Join the course to learn more.
View course
5.6 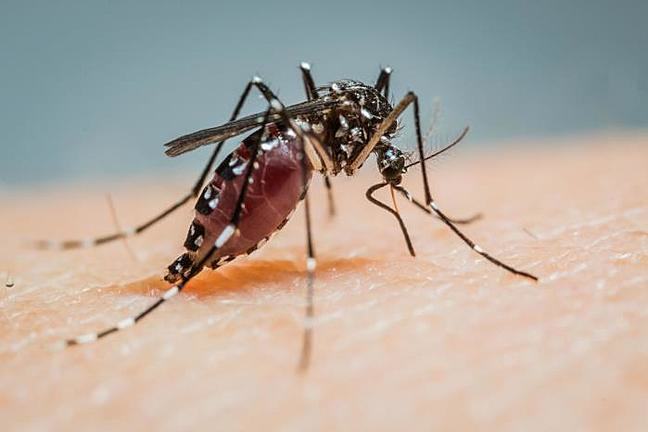 This image depicts a close, right lateral view of a female, Aedes albopictus mosquito, as she was obtaining her blood meal through the skin of her host. Note the blood filled, red colored fascicle, transferring the blood to the mosquito’s mouth.

Properly implemented vector control has been shown to successfully prevent the transmission of vector borne diseases including malaria, lymphatic filariasis and Chagas disease. However, further progress needs to be made both against these, but also against vector-borne diseases such as dengue, chikungunya and yellow fever, that have seen recent increases and outbreaks. In 2017, the World Health Assembly approved the Global Vector Control Response 2017-2030 (GVCR), a new strategy document aiming to strengthen global vector control efforts (covered in Week 2).

The GVCR has identified the grouped threats to vector control efforts into seven areas; systemic, structural, informational, environmental, movement of humans and goods, political and financial, and ethical 3.

These threats concern the capacity of national and sub-national control programmes to carry out control activities and beyond, and also crucially to retain highly-skilled staff. Vector-borne disease prevention programmes at national and subnational levels have limited public health entomology capacity and poor infrastructure 4. This insufficient capacity for vector control programmes results in gaps in access and coverage. Given the difficulties of controlling vectors in different settings, it is vital that surveillance, monitoring and evaluation be conducted to support implementation activities.

Disease-specific vector control programmes may be well established and have routine operations in some countries but are not equipped to respond to outbreaks of other vector-borne diseases. Further, there may be poor links between organisations, and other structural requirements may be missing, such as security systems and consistent access to utilities. Each of these presents a challenge to vector control efforts.

A lack of basic and applied research has limited the evidence base to support effective vector control in many countries. If surveillance of insecticide resistance or vector behaviour is weak for example, it is difficult to select appropriate interventions. Further, when interventions are introduced, their effective deployment, combination, and scale up can be restricted if entomological and epidemiological outcomes aren’t sufficiently evaluated 5.

Factors that change the availability of habitats for vectors of disease can have important implications on transmission and can be both unpredictable and complex. These factors can include rapid urbanization or local alterations in land use, as well as climatic changes that can extend the distribution of vectors to more temperate regions (Figure 1). Of particular concern are the associations between some vectors and urban settings; the proclivity of Aedes mosquitoes to breed in peri-domestic environments and the expansion of such environments poses a huge challenge for vector control 6, 7. 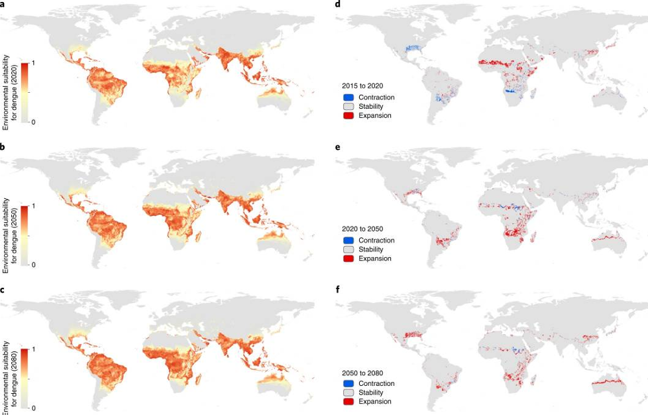 Figure 1. Predicted distribution of dengue from 2015-2080 based on socioeconomic and environmental projection scenarios https://www.ncbi.nlm.nih.gov/pmc/articles/PMC6784886/

Movement of humans and goods

Increasing patterns of human movements around the globe due to migration for employment, displacement resulting from humanitarian crises, normal travel purposes and global trade create new opportunities for the spread of diseases 8. The movement of people also creates challenges for the delivery of vector control tools and for the monitoring and treatment of individuals.

The movement of both goods and people has and is likely to increase in the future, resulting in more unpredictability in disease emergence and difficulties in targeting of resources.

The scale up of insecticide-treated nets and indoor residual spraying against malaria vectors has received significant financial support 9, but other vector control technologies and other diseases have failed to attract sufficient support. Further, funding for vector surveillance, vector control monitoring and evaluation is often limited. A challenge for the future is to expand domestic and global funding for the control of other diseases whilst maintaining investment in malaria prevention.

There are several ethical challenges and concerns relating to vector control methods and their implementation and research into new interventions must follow standard ethical guidelines to ensure that results of studies can be obtained without adverse effects on humans and the environment. The issues raised by vector borne diseases include inequitable access to treatment and control, unequal distribution of benefits and burdens in community interventions and disproportionately low research resources relative to disease burden 9. Countries require support to identify and address ethical issues and to establish relevant ethics advisory bodies.

The above seven broad categories of challenge have been outlined by the World Health Organization (Systemic, structural, informational, environmental, movement of humans and goods, political and financial, ethical). Which of these do you think are the most significant and most difficult to overcome? What could be the best ways to mitigate against the challenges that global warming and increased movement of people have on the spread of vector-borne diseases?

In order to overcome roadblocks to successful vector control, the World Health Organization’s GVCR document 3 has introduced several ‘enabling factors’. These relate to the ‘Pillars of action’ and are designed to achieve sustainable vector control. They include engaging local communities, enhancing vector surveillance and monitoring and evaluation of interventions as well as scaling up tools and approaches.

One main way of overcoming roadblocks is intra- and inter-sectoral interactions between multiple ministries. This is essential to provide planning, funding and implementation of priority activities set out in the response document. Examples of inter-sectoral collaborations include the One Health initiative 2.

Key stakeholders should be identified and form an inter-ministerial task force 1 with the mandate of overseeing and coordinating the implementation of vector control. This is a vital part to allow multisectoral engagement but will required funding to each stakeholder. The task force provides the ability to respond to changes in vector-borne disease trends and adapt to new challenges facing successful disease elimination.

Funding for vector control programmes needs to be predictable and long-term, and ideally would be built into multi-agency budgets. Housing, education and transport all have roles to play in the control of vector-borne diseases and greater coordination would likely lead to more cost-effective outcomes.

As vector control tools progress through product development, field testing, registration, large scale implementation and monitoring and evaluation, there are numerous opportunities to better support these processes. Robust regulatory, ethical and quality assurance programmes will speed up the delivery of vector control tools, and properly implemented will help to address potential problems in safety, equity and acceptability.

Vector control tools are a powerful weapon and will be an indispensable part of elimination and control efforts within the next decade. There remain substantial challenges to the use of some vector control tools, and there is no one size fits all approach that can apply to any tool, disease or region. Each situation needs to be assessed and the specific challenges addressed to allow maximal use of the most appropriate vector control tools. These challenges start at a basic level, with a lack of good research evidence, bad retention of trained personnel and squeezed funding for control programmes. Complicating matters further, are factors such as climate change and increasing human migration and goods trade meaning vector control planning will increasingly need coordination across national boundaries.

These can ultimately be solved with the right political commitment and leadership, particularly increasing the use of collaborative vector control strategies involving the communities, the private sector as well as the traditional nationally-led control programmes.