0:12Skip to 0 minutes and 12 seconds MOUNIR LADO: VL is a big problem because it affects 4 states in South Sudan, and these states are Unity, Upper Nile, Jonglei, and Eastern Equatoria, with population at risk 2.7 million. And this is a huge population. With the aspect of treatment and diagnosis, you need to train the health workers on the treatment and diagnosis of VL so that they are able to detect and then treat VL. Unless you have a strong system in place, then it is difficult for you to do the control.

1:06Skip to 1 minute and 6 seconds So basically, we need to train the health workers on their diagnosis and the treatment, and we make sure that also we train the health workers on the reporting tools to make sure that the cases are recorded and reported timely so that action can be taken. Without surveillance, then it is difficult to know what is the pattern of the disease in those communities. In case of South Sudan, we use the rapid diagnostic test. And then if it is confirmed positive, because most of the areas, this is the only test that people rely because of the conflict. So the first line of treatment is given, which is SSG and paromomycin. And we use the second line AmBisome for the complicated cases.

2:20Skip to 2 minutes and 20 seconds In the case of South Sudan, when there was relative peace, we were able to reactivate the previous centre that were treating kala-azar. And we started reactivating the previous health facilities that were not functioning because we felt unless that the patients have access to the health facilities, to health services, otherwise this is another barrier also that will increase the disease. So we are able to assess some of the facilities that are not working and look at what are their needs, do some training in both diagnosis and treatment, and surveillance - reporting tools and make sure that you provide them with the drugs, with the supplies, the diagnostic tools. And you do supervision. We form two mobile teams.

3:13Skip to 3 minutes and 13 seconds One works with the government in the government area, one in the opposition area. So the two teams, they operate in these two areas. So they respond to outbreaks, they go do training, do supervision. But at the end, we make sure that all the data on the both sides we have.

In this step, we talk again with Dr Mounir Lado (IMA World Health, Republic of South Sudan) from week 1. Here, Dr Lado speaks about how to approach and implement VL control in an ever-changing context.

Conflict has an enormously destabilising impact on a health system, with services being unsupported or completely absent. Major health system issues that may affect the goal of VL elimination and control include logistic and supply chain management and the availability of an adequate number of appropriately trained professionals. The significance of continuous training of health workers in diagnosis, treatment and reporting tools is highlighted here. Disease surveillance also takes a central role in enhancing access to services, assist finding cases (active case detection by setting up mobile camps) and delivering immediate treatment where needed. 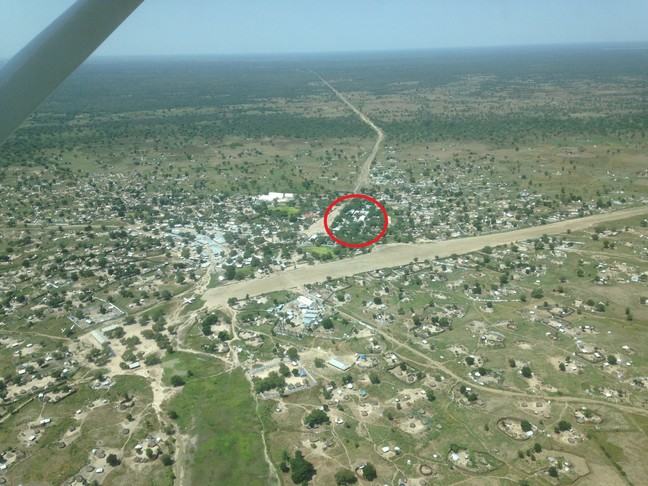 Hospital in Lankien in South Sudan in 2017. Infrastructure is limited; therefore preparedness among professionals is fundamental to an efficient outbreak response. Photo credit: MSF