Walter Scott is one of Scotland’s most significant figures and is famous around the world.

On this course, you’ll get to know the man behind the monuments and books. You’ll explore and discuss selections of Scott’s work, whilst reflecting upon his cultural impact and enduring literary legacy.

You’ll understand Scott’s significance as a poet and novelist, and will be familiar with some of his best-loved work; such as Waverley and The Heart of Mid-Lothian. You’ll also gain an understanding of how and why he was inspired to write, and how literature can shape heritage and national identity.

0:11Skip to 0 minutes and 11 secondsALISON LUMSDEN: Walter Scott is one of Scotland's most significant literally and cultural figures. And he's known around the world. His physical influence stretches from his monument in Edinburgh's Princes Street-- for many years the largest to any writer in the world-- and the railway station named after his first novel, Waverley, to place names around the globe. His literally legacy can be found in the most unexpected places, from opera to "Outlander."

0:36Skip to 0 minutes and 36 secondsKRISTY ARCHER-THOMPSON: Indeed, it's almost impossible to visit Scotland without encountering Walter Scott. He changed the way that we think about our landscapes and our history, and the home that he created here at Abbotsford in the Scottish borders is one of the most special and precious writers houses anywhere in the world.

1:14Skip to 1 minute and 14 secondsALISON LUMSDEN: Some of you may have read fiction and poetry by Walter Scott. Some of you may know nothing about him. This short course has something to offer you all. It has been created by the Walter Scott Research Centre at the University of Aberdeen and Abbotsford, Scott's home in the Scottish borders. In it, we will explore his role as a collector, as well as introducing you to some of his poems and novels. We will also examine his legacy, both in literature and through his magnificent home here at Abbotsford, and the museum collections it holds.

1:46Skip to 1 minute and 46 secondsKRISTY ARCHER-THOMPSON: This course will introduce students to extracts from Scott's work and provide a useful framework in which they can read further. It will be delivered buy me, Kristy Archer-Thompson, collections and interpretation manager here at Abbotsford to the home of Sir Walter Scott--

2:01Skip to 2 minutes and 1 secondALISON LUMSDEN: And me, Alison Lumsden from the University of Aberdeen. Join us on a journey to learn more about Walter Scott and his contribution to literature--

2:11Skip to 2 minutes and 11 secondsKRISTY ARCHER-THOMPSON: And to the Scottish nation.

This course would suit those with an interest in Romantic and Scottish literature, or the history of the novel. It would also appeal to the Scottish diaspora, for both its literary content and focus on cultural heritage. It may also be of use to people interested in wider issues around literary heritage and tourism. 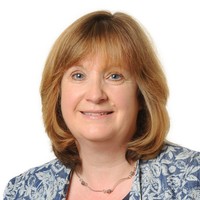 Alison Lumsden (Ali) Holds a chair in English Literature at the University of Aberdeen. She is the director of the university's Walter Scott Research Centre and also Honorary Librarian at Abbotsford. 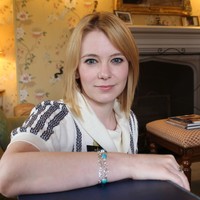 Kirsty is Collections and Interpretation Manager for the Abbotsford Trust. She is responsible for the collections, interiors and built heritage of Abbotsford, the home of Sir Walter Scott (1771-1832).

University of Aberdeen is the 3rd oldest Scottish and 5th oldest UK University. With 14500 students from 120 countries, it is a world leader in medical research, energy, environment, law and business.

The Abbotsford Trust aims to preserve and protect Abbotsford for future generations and act as a guardian of Walter Scott’s legacy by continuing to educate the public about his home and his work.

Scott, Scotland and his Global Legacy

You can use the hashtag #FLwalterscott to talk about this course on social media.