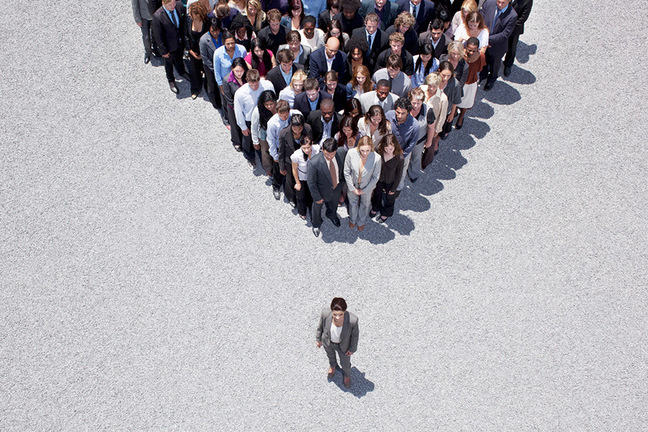 Who you choose as a leader and why depends on how you view leadership.

We all have different ideas about who is and isn’t a leader. Whether you agree or disagree with what other people think, this isn’t as important as what your choice of role models reveals about you.

Leadership is a complicated concept. Indeed, whether someone is considered to be a leader or not is highly contentious. While we often hear the words ‘leader’ and ‘leadership’ used, there’s still a lot of debate about what these words actually mean. Even if we agree on who is a leader, the reasons we give to explain why are often very different.

For example, if we consider the most recent US presidential election, while Donald Trump received the most Electoral College votes, there was, and still is, a vocal contingent that rejects him as a legitimate leader. If you were to speak to an anti-Monarchist in Britain or Australia, they may say the Queen isn’t a true leader. If you aren’t following global politics, when asked about Tsai Ing-wen, the President of Taiwan, your answer may be ‘who?’

There are three chief conclusions to be drawn from this:

Take a moment to reflect on who you selected as effective leaders in Step 1.5 Are these people leaders?

These questions are important to consider as they show that we can view people as leaders without having met them. This is a good thing since it would be challenging if not impossible to have face-to-face opportunities with everyone we consider to be a leader, particularly as you (and they) move on to more senior positions.

It may also show that you can consider people to be leaders without having concrete primary evidence of them enacting leadership. This can be both a blessing and a curse; and is a critical issue we will be addressing in subsequent courses.

Identify who you regard as a role model and develop an argument for why they should be seen as a leader by others.

Post your response in the comments and read others’ arguments to see if their reasoning has an influence on your own thinking.