This content is taken from the Deakin University's online course, What is Leadership?. Join the course to learn more.
View course
2.7 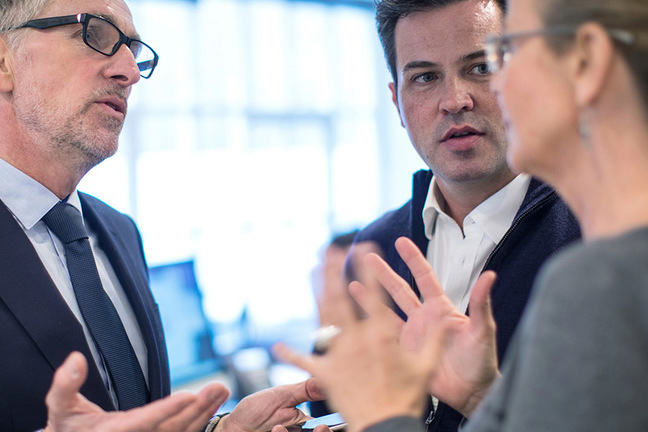 Individual differences mean that we can each perceive the same situation in different ways.

There are many factors that influence perceptions. In this step we discuss attributions, stereotypes and selective perception and projection.

When we attempt to make sense of a situation or a person’s behaviour, we attribute meaning or cause, often without knowing the full circumstances. For example, think about a time when your boss was in a bad mood; was this because your boss is a bad-tempered person or because something bad happened?

Attribution theory is concerned with ‘how and why ordinary people explain events as they do’ (McLeod 2012, para 3.). We might explain events because of personal (internal) or situational (external) factors.

For example, let’s say you go to a work meeting and at the end you leave feeling that it didn’t go well. Your reaction might not be based on the content of the meeting, but rather on your personal feelings about who attended or situational factors such as the technology not working as required.

The direction and strength of our attributions are determined by ‘distinctiveness’ ‘consistency’ and ‘consensus’ (Robbins & Judge 2013). Our mental processing patterns often mean that we:

We can also have distorted attributions such as the ‘fundamental attribution error’ where we put too much emphasis on the individual and not enough on the external circumstances that influence the situation (Harman 1999).

For instance, can you recall a time when you have attributed meaning to a colleague’s behaviour that turned out to be incorrect? It might be that a colleague snubbed you and you thought it meant they didn’t like you, when in fact they were highly distracted by a pressing family situation.

This is similar to ‘self-serving bias’ where we take credit for positive things but attribute negative factors to something not belonging to us or outside of our control.

As you interact with others this week, try to be aware of those times you attribute personal or situational meaning to their behaviour.

Stereotyping is defined as ‘a fixed, over generalised belief about a particular group or class of people’ (Cardwell 1996).

There are both advantages and disadvantages to stereotyping:

One advantage is that it enables us to respond rapidly to situations because we may have had a similar experience before. One disadvantage is that it makes us ignore differences between individuals; therefore we think things about people that might not be true (ie make generalisations). (McLeod 2015, para. 1)

Thus, stereotyping can lead to inaccuracies and negative consequences.

An associated factor is perceptual bias, which is the lens we automatically filter all of our experiences through. Imagine you’re walking through a busy shopping area and you hear a child cry. The way you interpret that cry will depend on your previous experiences. You might think that the child is tired, hurt or manipulating their parents by behaving in a way that is sure to cause embarrassment.

We can minimise perceptual bias by:

Selective perception is the act of selectively interpreting what you see based on your own interests, background, experience and attitudes, whereas selective projection is attributing one’s own characteristics to other people.

The fact that we all see the world differently for many different reasons means that we’ll all have different interpretations of leaders and leadership. This is why it’s impossible to find ‘one best way’ of leading since, due to the way we as individuals see the world, even when we are exposed to the same stimuli and information, we have the innate capacity to view and interpret it differently.

In the comments, share an example of how you may have misperceived or misinterpreted an interaction at work, and how you might view that situation differently now that you’re more aware of attribution, stereotyping and perceptual bias.

Discover why organisations behave the way they do, the effects of misbehaviour at work - and what you can do to improve things.