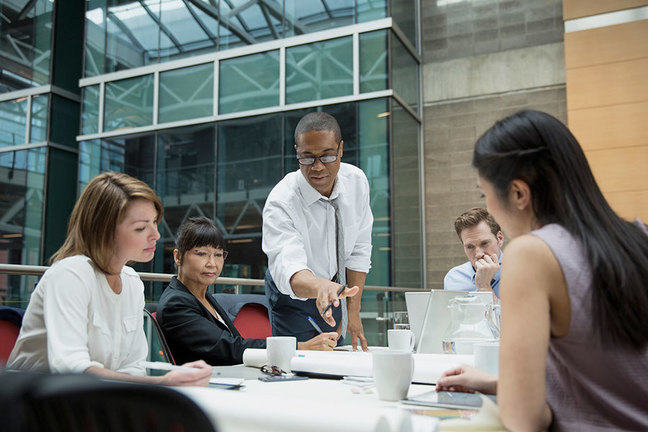 Leaders need to adapt their leadership style to suit different people and situations.

When it comes to transforming power into influence, some approaches are more suitable to management positions where you can draw on the power of your position, while others require personal power.

At times there may be situational constraints that prevent you from exerting influence in the workplace. For example, you may be too busy or lack the freedom or opportunity to persuade others because of your particular role.

Corporate or national cultures may also favour one approach over another. In countries or organisations that place great value on formal authority, influencing upwards may be very difficult. Likewise, if you’re seeking to influence someone to do something outside of their job but that’s in your interest, the organisation may inhibit your pursuit of personal goals.

Role constraint is also problematic in jobs that are very clearly defined because there may not be the scope to influence someone to do something that‘s even slightly outside of their position description.

Understanding the relationship between power and influence

When it comes to transforming power into influence, there are a number of other factors to consider, including what place in an organisation’s hierarchy the person you are seeking to influence occupies.

As you can see in this table, some approaches are more suited to different roles or levels in an organisation than others. For example, if you’re seeking to influence an entire organisation, you’ll need a coalition. However, to influence peers, subordinate or superiors, rational persuasion, inspirational appeals, collaboration and consultation are proven to work more effectively than other approaches (Robbins & Judge 2013).

By selectively applying these approaches to a given situation or organisational context, you’re more likely to gain others’ commitment, as opposed to just compliance. Conversely, pressure only works if you have some degree of positional power over the other party (which makes this more of a managerial rather than leadership approach).

Apprising, ingratiation and exchange approaches have some degree of success with peers and subordinates, although, once again, these are not as effective as techniques that aim for commitment rather than compliance. Personal appeals can be effective in many circumstances, but largely depend on your personal power and specific relationships with colleagues (Robbins & Judge 2013).

What you should also be aware of is something called ‘countervailing’ influence, which refers to how people respond—and resist attempts—to being influenced.

Other factors to be aware of

As individuals we often have mental shortcuts that make us susceptible to responding to influencing attempts without us even realising. These mental shortcuts are challenging to overcome, but being aware of them means you can make sure that when you’re being influenced by someone it’s because they’re putting forward a suitable case as opposed to your mental programming playing tricks on you.

For example, the implicit belief of ‘reciprocity’ means that we often comply with an influence attempt due to the unstated assumption that if we do something for this person, at some point the favour will be returned. It’s therefore important to check whether this is an assumption you hold, and make it a point of conversation if you believe that your relationship is one of mutual reciprocity, otherwise you may find yourself in unwanted debts and exchanges.

There’s also the implicit belief of ‘commitment and consistency’, which means that because we want to appear committed and consistent to the people we work with, we may be influenced to do something because of these reasons rather than the merits of the case being put forward.

We’re also swayed more by people we ‘like.’ You’ll like people you encounter frequently, who are physically attractive, similar, give compliments, and who you associate with positive events. ‘Authority’ and ‘status cues’ such as obvious signs of wealth, also influence us, both intentionally and unintentionally.

A final factor to be aware of is ‘scarcity’; namely, the belief that things that are in short supply are somehow intrinsically ‘better’ than those that are widely available. For example, if we see a sign that says ‘sale ends 31 July’ and it’s 29 July, we’re more likely to rush in to buy something before the sale ends.

Use the comments to share your reflections as well as commenting on those of others in terms of using these observations to transform your power into influence and become a more effective leader in either the workplace or other areas of your life.