This content is taken from the London School of Hygiene & Tropical Medicine's online course, Improving the Health of Women, Children and Adolescents. Join the course to learn more.
View course
2.4 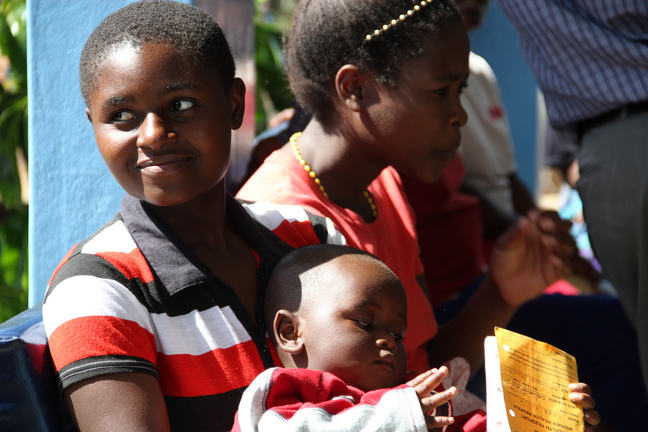 The time is now - mums waiting for family planning services by DFID. CC BY 2.0.

The International Conference on Population and Development, which took place in Cairo in 1994, established the right of men and women to be informed and have access to safe, effective, affordable and acceptable methods of family planning of their choice. Here, Dr Jenny Cresswell defines some of the principles of family planning, including contraceptive prevalence rate, modern and traditional methods of contraception, and unmet need.

Family planning programmes historically have focused on enabling married women to space their births and limit their family to a desired size.1 There is some debate over whether the term is becoming less relevant in the 21st century, when it is increasingly acceptable for adolescents and unmarried women to be sexually active and potentially wish to prevent pregnancy without necessarily thinking about planning a family.1-3 An alternative is to use the more biomedical term: contraception.

Women with unmet need are those who are both fecund (able to become pregnant) and sexually active, and do not want to become pregnant, but are not currently using any method of contraception. The concept of unmet need is useful because it indicates the gap between women’s reproductive intentions and their contraceptive behaviour.

Globally unmet need decreased from around 15% in 1990 to 12% in 2010.4 Nonetheless, about 146 million women of reproductive age who were married or in a union had an unmet need for any method of family planning in 2010. Unmet need for family planning is highest in Sub-Saharan Africa: above 20% in eastern, middle and western Africa.4 In absolute terms, the greatest number of women with unmet need is found in southern Asia.4