This content is taken from the University of Strathclyde's online course, Working Lives on Britain's Railways: Railway History and Heritage. Join the course to learn more.
View course
1.7 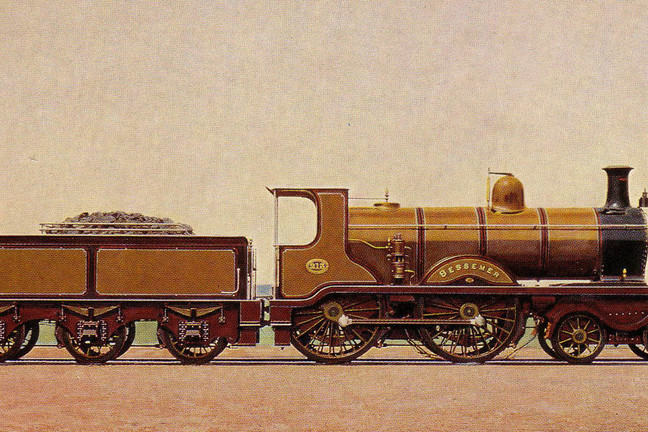 The world of railway labour was enormous, and ever-changing. In the early years railway labour was ad-hoc and tied very closely to the expansive growth of this new mode of transport. As the network developed, work became more specialised, more rooted-in-place, and more enduring. Railways became for some a family industry, with sons following fathers and grandfathers onto the network. But as some of Britain’s biggest employers, the Victorian railways remained hungry for new blood throughout the century.

The first railway workers as we understand them probably come from the mines. Used to heavy industrial labour and working alongside steam engines, which were used to pump water from mines, they populate early railway lines across Britain.

As the railways begin to spread around Britain the Navvies, who took their name from the earlier canal workers who dug ‘navigation canals’, are their builders. Drawn from local populations and migrants, from across Britain and abroad, navvies worked hard at dangerous jobs.

Concern over the dangers of railway work grows – navvies building the Woodhead Tunnel in Derbyshire suffer higher casualty rates than the army did at the Battle of Waterloo. A parliamentary Select Committee on Railway Labourers in 1846 reports on the harsh conditions of railway labour.

Major railway centres, such as Swindon and Crewe, are well-established as hubs of industry, supporting thousands of railway workers and their families.

While the navvies gain a fierce reputation for drunkenness and disorder, they are also seen as useful and tough. As the Crimean War descends into trench warfare, the Government seek out railway contractors who provide thousands of navvies to lay track between the naval port and the army front lines.

ASLEF, the Associated Society of Locomotive Engineers and Firemen, forms as a craft union specifically to protect the interests of drivers and firemen.

The London and South Western Railway Servants’ Orphanage opens in Clapham – in 1907 this moves to its more famous home in leafy Woking, Surrey. The orphanage exists to support some of the children left behind by the atrocious rate of industrial accidents suffered by railway workers.

After a strike by workers on the Taff Vale Railway, the ASRS is sued by the Company for lost earnings. When the decision goes against the Union, many in the labour movement begin to think seriously about the need for parliamentary representation. In years to come this will see the railway unions throw their support behind the emerging Labour Party.

The railways approach their height in Britain – tens of thousands are employed on the railways and the London and North Western Railway has a staff of over 100,000.

Railway Trade Unions co-ordinate for a two day strike that quickly brings the Liberal Government to the table to better regulate labour relations on the railways.

Whilst ASLEF remains distinct, the other major trade unions merge into the new National Union of Railwaymen.

Many railway workers join up to serve in the war – during this period thousands of women join the workforce to replace them. However, fears over them permanently replacing male workers saw women restricted to the lower-paid and more menial work of the railways.