Allie was another winner from our recent FutureLearn flag giveaway. She’s not only given her flag a name, she’s also taken him on a guided tour of Australia’s cultural capital, Melbourne. Here, as part of a series of posts about FutureLearners to celebrate our first birthday, we meet Allie. 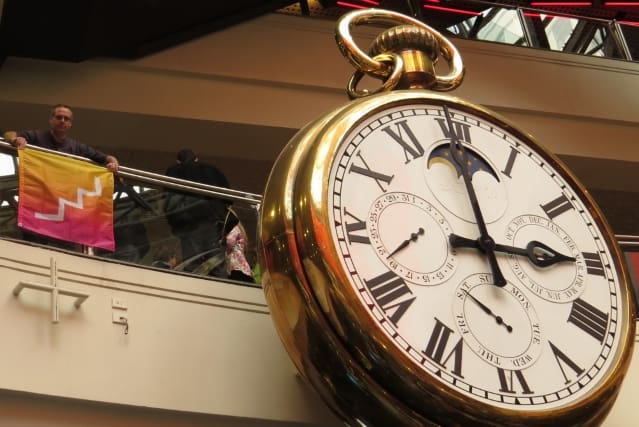 “My flag’s name is ‘Flaggy’,” says Australia-based UK expat, Allie. “We took him out on his first adventure in Melbourne recently. I’m very camera shy, so my other half, Richard, has been helping Flaggy to pose.”

So far Flaggy has visited the State Library of Victoria, Melbourne Central, Federation Square, the Arts Centre, the National Gallery and Flinders Street Station, as well as Melbourne Town Hall. He has been busy. 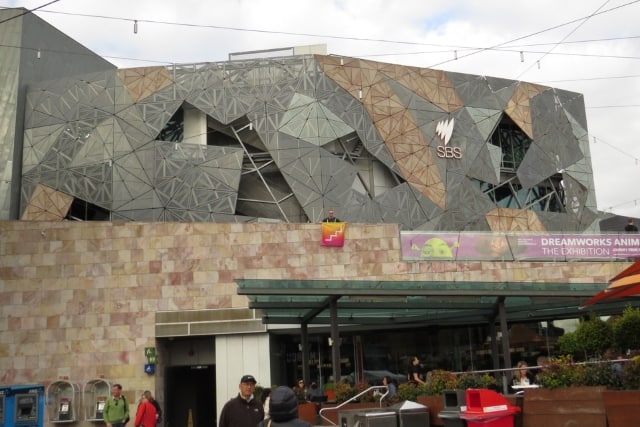 “We got some interesting looks,” says Allie. “But while we were taking Flaggy’s pic in Federation Square (above), someone came up to us to ask what the flag represented.

“As we explained what FutureLearn is all about, and the range of courses available, he pulled out his phone and signed up there and then! He’s a school teacher and keen for any learning opportunities for himself and his students. Unfortunately, I didn’t think to get his photo with Flaggy until after he’d left!”

Allie has been posting photos of Flaggy to her 365project.org photography project, which is well worth a look!

We asked her why she wanted to fly the FutureLearn flag.

“I am a huge FutureLearn fan, having completed lots of courses already, and looking forward to some more starting soon! I talk to my friends and colleagues about FutureLearn a lot, and I wanted to be able to spread the word further.”

A keen learner on the recent University of Leicester course “England in the time of King Richard III,” Allie has plans to visit the UK at the end of the year.

“Perhaps Flaggy will also make the trip with me to Bosworth or Leicester to learn more about Richard III,” she says.

Thanks for taking part Allie, Richard and of course, Flaggy.