13-year-old Dana is a home-schooled student based in the United States and another winner from our recent flag giveaway. She’s been spreading the word about free online courses, waving the FutureLearn flag from America to Thailand. 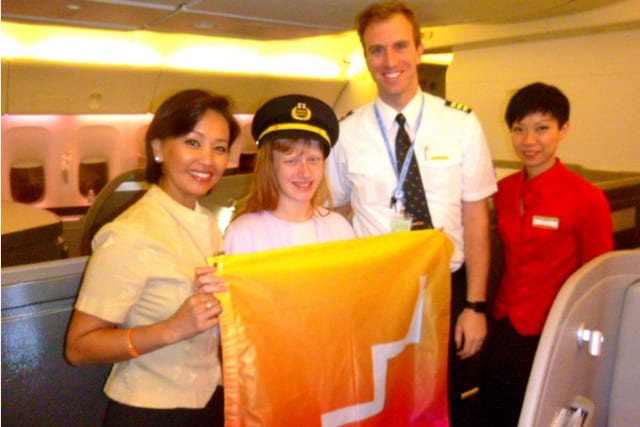 Dana seems well on her way to reaching her goal to one day study at Oxford or Cambridge universities in the UK. So far, with the supervision of her mother, she’s completed five FutureLearn courses and is currently studying her sixth – not bad for someone so young!

“I first came across FutureLearn in a newspaper article and thought it would be a great way to experience new subjects,” says Dana.

“In July, I signed up for ‘Good Brain, Bad Brain: Basics‘ with my grandmother, who had recently undergone brain surgery. I had the pleasure of meeting [92-year-old] Norman during this course and was inspired by his story. I intend to be a life-long learner just like Norman!”

Here’s a photo of Dana and her flag perched on top of her family motorhome in Perry, near Tallahassee in Florida. 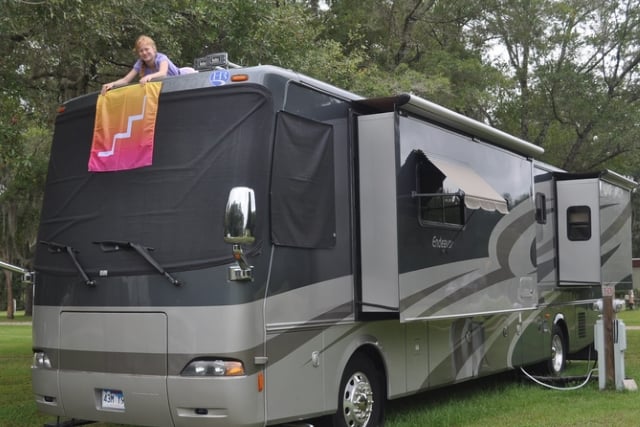 “I had several questions from others staying in the campground asking what the flag represented and why I was on the roof!” she laughs.

Dana took her flag along on a recent trip to Thailand. While there, she gave a presentation at the Pattaya City Expats Club about the benefits of FutureLearn:

Afterwards, Dana visited the local orphanage, where she regularly teaches English with her mother. 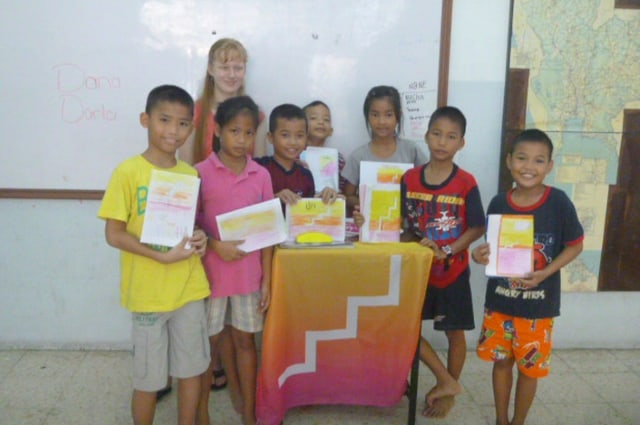 “The children coloured their own renditions of the flag, and we took photos of them,” says Dana. “I am also planning to take the flag to the next meeting of the Pattaya Writers Group. Several of our members recently joined the ‘Start Writing Fiction‘ course and are having great fun!”

Dana says that she loves FutureLearn because it allows her to interact with educators and other learners who share the same interests as her.

“It provides me with an opportunity to enrich my current studies and engage with subjects on deeper level. I would like to encourage other young students to broaden their horizons, and what better way than FutureLearn!”

Want to know where else FutureLearn flags are flying? View our map of the world.