Find out more
Home Do babies have a mind?
Published on September 8th, 2015

Many people believe that babies do not develop a mind until they begin to talk and acquire the capacity for autobiographical memory, based on recollections about their life. In this post, Professor Jane Barlow, lead educator on The University of Warwick’s free online course “Babies in Mind: Why the Parent’s Mind Matters”, challenges this belief. 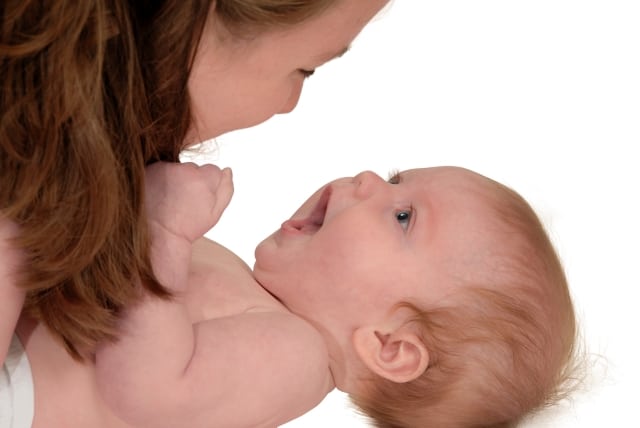 Babies are born with a number of innate social and cognitive capacities, which prepare them to begin building both their brain and their mind, from birth. One of these is the ability of newborn babies to imitate their caregivers when they stick out their tongue. But this is not the only way in which babies are much more amazing than we often give them credit for.

Babies are born ready to relate. They have a preference for human faces, and are able to recognise their parents face from soon after birth. They can detect different emotions and become distressed when caregivers are socially unresponsive. And by seven months, they can take into account the perspective of others, suggesting an ability to infer other people’s mental states.

But how do these early abilities relate to the infant’s developing mind?

Babies use some of their innate social and cognitive abilities not only to promote but also to process interactions with their primary caregivers, storing this information in the form of unconscious internal maps. They do this using a part of the brain called procedural memory, which is unconscious, and responsible for enabling us to undertake everyday tasks without having to think about them.

These maps are known as internal working models, and two of the early maps that babies develop are in relation to themselves, and themselves in interactions with other people.

So, for example, infants who receive responsive caregiving, particularly when they are distressed, begin to build up a map of themselves as lovable and as having agency, and maps of other people as responsive and trustworthy.

These internal working models are stable over time, and provide an unconscious source of information that we draw on for all of our lives.

These maps form part of the core building blocks of the infant’s mind, enabling them to begin to negotiate the world around themselves.

This means that babies’ minds begin to develop from birth, before they have language and before they begin to use autobiographical memory.

It also means that their interactions with their primary caregivers play an important role in developing their minds.

If you’d like to discover more about the way in which parents’ minds shape their babies’ as a result of these early interactions, and even earlier as a result of what happens in pregnancy, join “Babies in Mind: Why the Parent’s Mind Matters” now.