Find out more
Home Five common myths and misconceptions about ADHD
Published on May 3rd, 2019 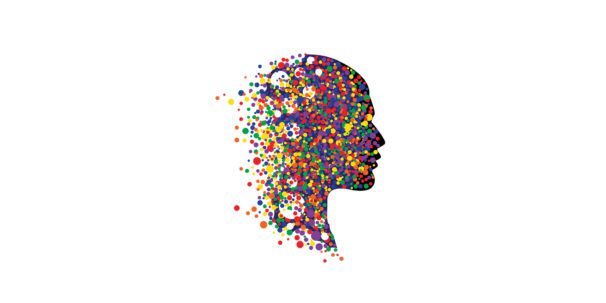 “Everyone has ADHD nowadays, don’t they?”

When you talk with the general public about ADHD, one of the first things people mention is how common it is ‘nowadays’ and cite figures like 20% of all boys in the USA being diagnosed with ADHD. In the UK, things are quite different. ADHD diagnosis rates are around 1% (Sayal et al., 2018). From population-based studies, we know that around 5% of children have ADHD (Polancyk et al., 2014). So, this means ADHD is actually underdiagnosed in the UK.

Why is that a problem, you may ask? There’s a lot of research which looks at outcomes in adulthood for those with ADHD, and crucially whether they’ve ever been diagnosed or not. These studies provide clear evidence that, for some, the outcomes aren’t good. ADHD has been found to predict poorer educational and employment outcomes and, sadly, early mortality (accidents being a leading cause) (e.g., Barbaresi et al., 2013). The evidence also suggests that careful management can help to avert these poorer outcomes, particularly in the school years (e.g., Uchida et al., 2018).

Going back to the “nowadays” bit. There seems to be an assumption that ADHD rates have increased in recent years due to factors like too many fizzy drinks and too much time using iPads. Tracking ADHD rates is a complicated task, as diagnostic criteria have evolved over time. But the evidence we have suggests that the rate of 5% has actually been really stable over time, at least since the 1980s (Polanczyk et al., 2014).

Medication is recommended as the first course of action

It’s true that medication, usually stimulants, are the most common treatment for ADHD. But importantly, the National Institute for Health and Care Excellence (NICE) suggests that environmental modifications should be attempted before considering medication. This is because in some cases, medication might not be necessary. There may be things parents and teachers can do to help children function without the need for medication – and the course Understanding ADHD: Current Research and Practice discusses some of these.

Hyperactivity is the most common presentation of ADHD

When you ask people what ADHD is, they describe a child with too much energy. In reality, there’s a lot more to ADHD than hyperactivity. In fact, there are three presentations of ADHD: hyperactive-impulsive, inattentive and combined type. The most common form in the general population is inattentive, not hyperactive-impulsive (e.g., Froehlich et al., 2007), which comes as a surprise to some people.

One of the main stereotypes of ADHD is a boy running around a classroom. In clinics, boys are more often referred for help (at a rate of around 4:1), but when we look at the general population, we see that the ratio of boys to girls with ADHD is actually much more narrow (around 2 boys for every 1 girl) (e.g., Ramtekkar et al., 2010). The reasons for this are complicated, but at a minimum, it means that ADHD seems to be missed in girls.

One of the parents we speak to in our course provides a really good illustration of this when she discusses her daughter (who now has a diagnosis of ADHD) in school. Her daughter’s report cards would say things like “struggles to keep on task” and “easily distracted”, but the teachers hadn’t considered that she might have ADHD.

This is an interesting one. It’s true that early studies focused on children with ADHD and there was often an assumption that children would ‘grow out of it’. But more recently, researchers have begun to follow up children with ADHD as they become adults. Exact figures vary, but somewhere around 30-40% of children with ADHD in childhood will continue to meet full criteria by adulthood (e.g., Caye et al., 2016).

So does that mean that the rest ‘grow out of it’? Not exactly. The evidence suggests that persistence is strongest amongst those who have more severe ADHD and that a number will not meet the full criteria of ADHD. Nevertheless, these people will still be somewhat impaired by the symptoms they do have.

Learn more about ADHD, including symptoms, treatment and the latest research on the course Understanding ADHD: Current Research and Practice.

Uchida, M., Spencer, T. J., Faraone, S. V., & Biederman, J. (2018). Adult outcome of ADHD: an overview of results from the MGH longitudinal family studies of pediatrically and psychiatrically referred youth with and without ADHD of both sexes. Journal of attention disorders, 22(6), 523-534.