Find out more
Home How to study in Canada as an international student
Published on September 7th, 2022

Interested in studying in Canada as an international student? Here, we explore why Canada is a great place to live, look at the best universities, and prepare to study in Canada. 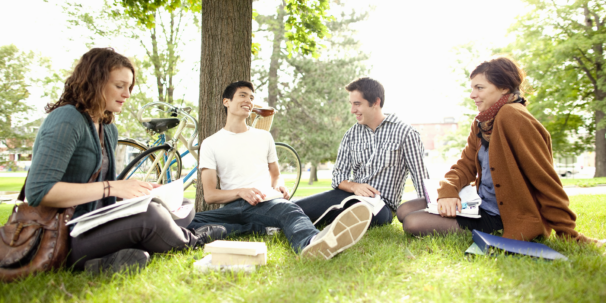 With nearly 100 universities in Canada, it’s no wonder that so many students want to study in this beautiful country. For those who wish to study abroad, Canada is a great choice.

Why study in Canada?

The Canadian government is working hard to ensure that the nation’s quality of life remains superb by focusing its efforts on mitigating climate change and preserving Canada’s natural ecosystems.

With the world’s ninth largest economy, there’s no surprise that Canada boasts a highly ranked job market into which students to graduate. Some of the highest paying jobs in Canada are in rapidly growing industries throughout the country, including:

If you want to study in Canada and take advantage of its booming economy and great quality of life, you’ll be wise to study its history.

While indigenous peoples have lived in Canada since time immemorial, the Dominion of Canada was established on July 1, 1867. It comprises ten provinces and three territories, each of which has a unique government and legislative assembly. With a diverse population, Canada has two official languages: English and French.

The Canadian education system varies from province to province. Across all provinces, there is one major similarity: a commitment to funding public education. Greater than 90% of school-aged children in Canada are enrolled in publicly funded schools.

More than half of Canadians have a higher education certification. Canadian universities are supported by a mix of public funds, tuition fees, donations and other funding bodies.

Both the federal and provincial governments of Canada fund scholarships that help students pay for their education. There are also several other educational funding opportunities through Canada, some geared toward Canadian students and others for international students in Canada.

Let’s break down some of the highlights of the various public education systems across Canada’s 13 provinces.

Quebec is a primarily French-speaking province, though there are some English-speaking schools as well. Quebec has 18 universities, all of which offer courses and programs in French, although a select few also offer courses in English. McGill University, which is consistently ranked high in world university rankings, is located in Montreal, Quebec.

BC is a primarily English-speaking province, though it does offer some Francophone schools. There are 14 public universities and 11 colleges located in British Columbia, many of which have excellent reputations as world-class institutions.

Alberta is globally renowned for its education system and is home to eight public universities and eleven public colleges. It is a primarily English-speaking province.

Manitoba is both an English- and French-speaking province. There are eight public universities and five public colleges in Manitoba, some of which offer programs entirely in French.

Saskatchewan offers two public universities and several federated and affiliated colleges. There are also three Indigenous and northern educational institutions recognised in Saskatchewan, including the First Nations University of Canada. English is the primary language in this province.

Nova Scotia is a primarily English-speaking province with French language requirements throughout primary school. There are ten universities in Nova Scotia in addition to the Nova Scotia Community College which has several campuses across the province.

Newfoundland and Labrador offer both French- and English-speaking schools. The most affordable university in Canada, Memorial University of Newfoundland, is located in this province, along with the College of the North Atlantic.

PEI’s public school system is split into two districts, one English-speaking and one French. PEI has one public university and two community colleges.

It’s no surprise that nearly 20% of students enrolled in formal programs in Canada are international students. In addition to its low cost of living compared to countries like the UK and US, Canada’s student visa even permits you to work in most instances, either on or off campus.

According to US news rankings, the best universities in Canada for international students are:

How to study in Canada

If you’re interested in attending university in Canada, your best first step is determining your ideal area of study. A great place to start is looking through the fastest-growing industries within Canada. Other important factors include your current interests and areas of study in which you excel. Which skills are in-demand in Canada?

Which skills are in-demand in Canada?

FutureLearn has identified and built courses to help you to learn some of the most in-demand skills to study in Canada at the moment, including:

With multiple styles of course offerings, FutureLearn can help you learn a new skill at your style and pace. Check out the most popular online courses in Canada to see where else Canadians are upskilling.

Entry requirements for study in Canada

Applying for a student visa in Canada

How to prepare to study in Canada

As an international student in Canada, you’ll need to learn how to study well, manage your time and think critically about your course material.

FutureLearn is dedicated to your educational success, both while applying to study in Canada and once you’re a successfully enrolled international student in Canada. Check out the FutureLearn courses below designed to best prepare yourself for your studies.

With a booming economy and high quality of life, studying in Canada is a wonderful opportunity for international students. And you can get started today with online learning.

FutureLearn offers a wide range of courses to both prepare you for university and to earn credits towards a degree. So, whether you’re just starting to think about how to study in Canada as an international student or you’re ready to apply to a Canadian university, FutureLearn has opportunities for you.

Check out our full catalogue of courses, degrees and microcredentials today.