The Report: higher education ‘on-demand’
Ed Technology, 29 January
This opinion piece argues that traditional modes of teaching are fast becoming outdated, and if university evolved into an on-demand service, like Netflix, it would promote an education that truly knows no borders. This claim is backed up by statistics from the Unite Students Insight Report 2019, which found that access to digital learning material is a high priority for more than 90% of university students. Meanwhile, according to The UCAS Media Student Lifestyle Report, Netflix is the world’s most popular entertainment service, and 72% of UK students are currently active users. This piece argues that the education sector must harness this kind of power and remember that student’s want a varied learning experience with a blend of quality digital tools as well as face-to-face instruction. It suggests that ultimately, lecturers mustn’t view edtech and online material as a threat to their standing, but embrace them as tools for professional development and ways to enhance student experience.

Science Minister outlines the UK’s world-leading role in EdTech
Gov UK, 22 January
Science Minister, Chris Skidmore, opened the BETT Show with a speech on the importance of global collaboration post-Brexit to drive EdTech innovation in classrooms, staff rooms and lecture halls. His speech reiterated the government’s EdTech strategy aims, initiatives, pledges, investments and funding. Skidmore recognised the global challenges Edtech faces and the measures needed to overcome them. Skidmore ended on a hopeful note, “All in all, this increased investment and support should ensure the UK remains one of the best places to start and grow all types of digital tech businesses—including, of course, leading EdTech businesses.”

How higher education can adapt to the future of work
World Economic Forum, 21 January
This piece from the World Economic Forum lays out ways higher education can adapt to the future of work. It states that educators and higher education leaders must approach skills competency with a flexible growth mindset that will serve students well across the global, knowledge-based economy – and throughout their careers. It also claims that institutions need to invest in personalised, technology-enhanced learning and that the private sector, government, educators and policy-makers must work together to deliver multiple pathways for young people looking for their first foothold in the job market, as well as to re-skill and upskill workers striving to maintain their place in the workforce.

US Edtech Closes Decade with Record $1.7 Billion Raised in 2019
Ed Surge, 15 January
According to an EdSurge database of publicly announced funding deals, investment in edtech companies reached at least $1.66 billion across 105 deals in 2019, a five-year high in value and a 16% increase from the previous year. Eight of the top deals went to companies that offer educational services to employers and employees, typically focused on training them for purposes of retaining or internal promotion. Those eight—Guild Education, BetterUp, Coursera, Andela, Degreed, MindTickle, EdCast and A Cloud Guru—accounted for 39%of edtech investing in 2019.

Australian academics debate long term impact of bushfire crisis
THE, 14 January
Australian academics are debating the long-term impact of the country’s wildfire crisis on its universities, with a key role identified for institutions in assisting the recovery of disaster-hit communities. Although the crisis could undermine Australia’s lucrative international education industry, with would-be students deterred by images of charred towns and smog-choked cities, it could also reinforce the country’s position at the front line for climate education and research.

European youth needs action now as the skills gap is too wide
Forbes, 13 January
The European Commission has vowed to implement reforms to tackle the Youth Unemployment Rate (YUR) in the EU. The current YUR rate stands at 14.2% in comparison to the US rate of 8.10%. Skills shortages is one of the main reasons the YUR is kept so high across Europe. According to the ‘Skills For Jobs’ database by the Organisation for Economic Co-operation and Development (OECD), at least 80 million workers in Europe suffer from a mismatch in terms of qualifications. 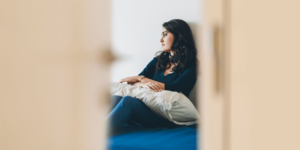 Feeling the January blues? Discover what Blue Monday is and read our top tips to …