Find out more
Home Get into coding: which programming language should you learn?
Published on September 14th, 2020 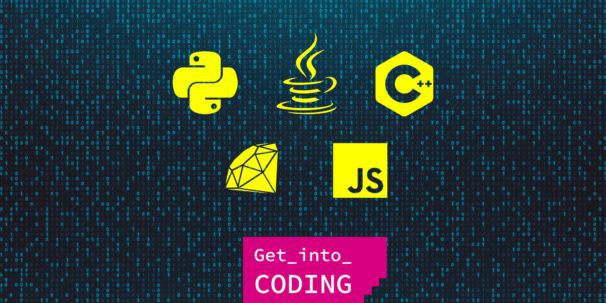 Programming and coding skills are in massively high demand, and there are lots of professional avenues to pursue if you can understand the principles of how computer programmes work.

In the infographic and blog below, you’ll find out what each language is used for, which one best aligns with your career goals, and how learning them can help boost your employability skills for the future.

Programming and coding are key growth areas within today’s jobs market, and employers across all kinds of sectors are looking for candidates with coding skills.

In the UK, a change to the school curriculum in 2014 saw a greater focus placed on computer programming and this looks set to become even more important over time as we see a stratospheric rise in new technologies as well as digital ways of working and learning.

Jobs requiring these skills are also on the rise and show no signs of slowing down.

Whether you’re looking to kickstart a career in programming or you’d like to expand your subject knowledge to enhance your career prospects with in-demand skills, the benefits of studying a programming language are clear to see.

In simple terms, programming refers to the concept of enabling a computer to solve problems. Without you (the programmer), a computer is useless. The role of a programmer is to write, test, debug, model and maintain computer programmes (or instructions) that a machine must follow in order to do its job properly.

A major component of this is writing code – the process of creating instructions that tell a computer what to do and, more importantly, how to do it. Codes themselves are written in various different programming languages which are then used to apply algorithms to the machine in question.

What are the different types of programming languages?

There are many different programming and coding languages out there to learn, with new ones being invented all the time due to constant advances in technology.

Wikipedia estimates that there are over 700 ‘notable’ languages currently to choose from, covering everything from object-orientated programming to functional programming and everything in between.

Certain languages are better suited to particular types of tasks, but there is no one language which is the ‘best’ per se – it completely depends on what you’re looking to accomplish with your programming.

Over the remainder of this blog, we’ll explore five of the most popular types of programming languages – Python, Java, C++, JavaScript and Ruby – to uncover their pro and cons, what they’re best used for, and what sort of jobs you can get with each.

What are different types of programming language used for?

An object-orientated language, Python is useful for a range of different application types, including web development, scientific computing, the financial industry, and education.

Big corporations such as Google, Facebook, and Instagram are among the many users of Python. The language scores well in popularity indexes and the code produced is easy to read and flexible. Django, the high-level Python Web framework, also enables rapid development and offers a clean, pragmatic design.

However, Python is generally not used for mobile platforms and web browsers and can have design restrictions due to the fact that it requires more testing than other languages.

Another object-orientated language, Java, is billed as the most reliable programming language within the developer community. Despite being over 20 years old, it’s still leading the pack within the development of Android mobile apps and the enterprise back-end market.

As well as apps, Java can be seen in the programming of Wikipedia search, the Mars rover controller and the computer game Minecraft. Though it’s well-established, it does use more complex and verbose code, which can mean it can be harder to understand.

A newer addition to the scene, C++, is the go-to language for developing embedded software, PC or console games, and IoT devices. Considered a multi-paradigm coding language, it can be used for procedural, object-oriented, or functional programming, and is scalable for both small and large scale sets of data.

As it’s very fast, it’s been used for many high-profile projects including Microsoft Office, NASA and Google Chrome, though it can have security issues due to a lack of friend functions, and it doesn’t support built-in threads which can make it a more difficult language to learn.

As one of the most popular and widely-used programming languages, JavaScript has provided the foundation for over 95% of all active websites, including Twitter, DropBox, Reddit and FutureLearn too!

It’s versatile, fast, can be inserted into any web page, and can be used to write entire server codes. However, it can be overwhelmingly complex and can be exploited for malicious purposes via bugs, oversights, and errors.

The most recent programming language to the marketplace, Ruby, is popular among start-ups, web applications, and enterprise solutions due to its full-stack framework, Ruby on Rails.

Used by companies including Airbnb, Basecamp and FutureLearn, it’s also simple to use due to the plethora of applications and tools available to its users.

However, because of this, it can sometimes be slow and is ultimately not the most flexible of languages in application.

Which is the easiest programming language to learn?

Of the five languages mentioned above, there are two that are probably the easiest to learn and best suited to those just starting to learn about coding.

Python’s code is easy to read and its syntax is concise, meaning that beginners will be able to pick up the basics quickly before quickly progressing into more advanced programming techniques and topics.

It’s also structured in a way that you can write computer programs in fewer lines of code than other programming languages, so it’s less complicated from a technical standpoint.

Similarly, Ruby is a very readable programming language to learn. Semi-colons, whitespace, and tabbing aren’t required when you’re writing the code, and a lot of the time you can leave out things like parentheses and the language will still understand what you mean.

It also has a multitude of tools and libraries that come in handy when you’re learning new topics along the way.

What kinds of programming jobs can you get?

There are countless jobs where you can apply coding and programming skills.

By learning Python, you’ll be well-prepared to tackle the role of a Data Scientist or Data Analyst, with salaries upwards of £45,000 per year. You can also find work as a Software Engineer, Data Journalist or as a Python Developer – a very much in-demand job in today’s jobs market.

Top employers of those well-versed in Java include eBay, Amazon, and IBM, with roles including Web Developers, Java Architects and Java Developers in high-demand and paying upwards of £40,000 per year.

Given its popularity within the gaming industry sphere, C++ is great for those looking to become a Game Programmer, Software Developer or Senior Programmer, with Programming Architects making over £100,000 annually.

Used on 95% of active websites, the scope for career paths after learning JavaScript are vast.

You can become a JavaScript Developer, a Full-Stack Developer, a Front-End Web Developer or a DevOps Engineer, making anything from £35,000 to over £60,000 per year, depending on your experience level.

Finally, given its readability as a programming language, Ruby can lead to jobs as a Database Administrator, a Software Application Developer, a Ruby on Rails Developer, or a Business Analyst making up to £68,000 plus.

Ready to get started with a career in programming? Browse our full range of free, 100% online coding and programming courses and start your coding career today.