We explore the basics of greenhouse gases, looking at what they are, how they affect our environment, and why we need to curb emissions. 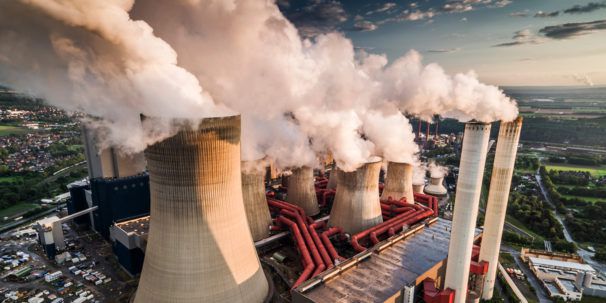 You’ll often hear the term ‘greenhouse effect’ used in relation to climate change. However, it’s actually a natural process that brings many benefits to our planet. So why is this phenomenon such an issue? And what, exactly, are greenhouse gases? We explore these issues and more.

As well as taking a look at the basics of greenhouse gases, we’ll examine what produces them, as well as their impacts on our environment and what we can do to reduce them.

What is the greenhouse effect?

Let’s start by looking at the greenhouse effect, a phenomenon that is vital to our planet and climate. In our changing planet open step, we explore how the greenhouse gas effect works. On a simple level, it’s a process where certain gases trap heat in the Earth’s atmosphere, contributing to the warming of the planet.

Yet as we explored in our guide to climate change, the greenhouse effect is actually a natural and necessary process. Greenhouse gases in the atmosphere absorb solar radiation in the form of heat, therefore heating up the Earth. Without the greenhouse effect, Earth would have a temperature of -20°C.

However, human activity is increasing the amount of greenhouse gases in the atmosphere, meaning that more and more heat is being absorbed, which in turn drives things such as global warming, heating up the planet more than is necessary.

This phenomenon isn’t a new discovery – scientists have been exploring the greenhouse gas effect and its potential impacts on climate change since the 1850s.

What are greenhouse gases?

Let’s take a look at a greenhouse gas definition. In our open step on sustainable futures, they’re described as ‘a gaseous compound with the ability to trap heat (or longwave radiation) in the Earth’s atmosphere.’

There are several gases that fit these criteria, and many of these occur naturally in Earth’s atmosphere. These include carbon dioxide, methane, water vapour, and nitrous oxide. However, human activity is increasing the presence of some of these gases, as well as introducing synthetic compounds.

You can learn more about atmospheric chemistry in our free course from the University of Leeds.

The most abundant greenhouse gas

So, which gases are the main offenders when it comes to climate change? As you might expect, carbon dioxide, methane, and nitrous oxide are the most abundant greenhouse gases in our atmosphere.

If we take carbon dioxide (CO2) as an example, concentrations of the gas have risen by around 40% since the Industrial Revolution. This means that atmospheric mixing ratios for CO2 are now around 400 parts per million (ppm) compared to pre‐industrial levels of 280 ppm.

Similarly, the amount of methane in Earth’s atmosphere is also on the rise. Data from NASA’s Earth Observatory show that methane concentrations are now at 1875 parts per billion, about 2.5 times as much as was in the atmosphere in the 1850s.

However, going back to our sustainable futures open step, lesser-known gases such as tetrafluoromethane (CF4) are harming our atmosphere as well. This gas is produced when making semiconductors as well as in the aluminium industry. Worryingly, evidence suggests that CF4 is increasing global warming 7,360 times more than CO2.

Find out more about tackling environmental challenges for a sustainable future with our course from the University of York.

How are greenhouse gases produced?

Although greenhouse gases occur naturally in our atmosphere, there are various ways that humans are increasing that amount and causing an imbalance. Mainly, the burning of fossil fuels is to blame, but there are other aspects too.

Also known as CO2, carbon dioxide is one of the most widely known greenhouse gases and the focus of attention in terms of reducing emissions.

There are both natural and anthropogenic (human-made) sources of CO2. Natural sources include decomposing vegetation and biomass, venting volcanoes, and outgassing from the ocean (the release of CO2 from the Earth’s interior). However, these are usually offset by various ‘sinks’ that absorb carbon dioxide from the atmosphere.

There are several human contributors to the release of carbon dioxide into the atmosphere, including:

There are several main ways in which CO2 is removed from the atmosphere. For example, the oceans, soil, and forests are significant carbon sinks. One of the key ways of removing carbon is through photosynthesis.

However, scientists have recently shown that the Amazon rainforest now emits more carbon dioxide than it is able to absorb, mainly because of deforestation to clear land for soy and beef production.

Another problematic gas is methane (CH4). For every kilogram of methane emitted into the atmosphere, it has the equivalent impact on Earth’s climate of 30 times that of CO2 over 100 years.

Again, there are both natural and anthropogenic sources of methane. There are certain microbes that produce methane, as well as through geological processes. However, human factors include:

There is one main global methane sink, and that is a process that occurs in the troposphere, the lowest layer of Earth’s atmosphere. Methane in the troposphere reacts with hydroxyl (OH) radicals, forming mainly water and carbon dioxide.

Nitrous oxide (N2O) is another powerful greenhouse gas, produced both by humans and naturally. The concentration of N2O has increased roughly 15% since the industrial revolution.

One kilogram of N2O released into the atmosphere has a global warming effect equivalent to 298 kg of carbon dioxide over a 100 year period.

Nitrous Oxide occurs naturally in the soil under vegetation and is produced when microbes break down nitrogen. Similarly, the oceans produce a significant amount of natural N2O during various processes. Human activities also result in nitrous oxide as a greenhouse gas:

The main nitrous oxide sink is a process known as photolysis which occurs in the stratosphere, the layer of the atmosphere above the troposphere.

The link between greenhouse gases and climate change

As you can see from the various greenhouse gases sources and sinks, there is an imbalance caused by human activities. So how are the production of greenhouse gases and climate change linked?

There is no room for scepticism here – there is plenty of evidence that human behaviour is driving climate change. Although fluctuations in gases such as carbon dioxide are a natural part of Earth’s atmosphere, the current level of CO2 is far beyond the normal level.

The effects of excess greenhouse gas

Let’s turn our attention to some of the impacts of the greenhouse effect that scientists are observing. We’ve explored the subject in more detail in our guide to climate change, but we’ve outlined some of the main effects of greenhouse gases that we’re seeing:

Perhaps the most concerning effect of the increased concentration of greenhouse gases is that of global warming. On average, the Earth will become warmer. In 2013, the Intergovernmental Panel on Climate Change (IPCC) concluded that, between 1880 and 2012, global average surface temperatures increased by approximately 0.9 °C (1.5 °F).

Although that increase might not sound a lot, the effects of such a change can be devastating. Scientists and policymakers are trying to limit this warming to 1.5°C, but even then, the IPCC states that such a level will cause increased risks to “health, livelihoods, food security, water supply, human security, and economic growth.”

While short-term variations in weather are perfectly normal, the longer-term trends are concerning. The warmer conditions caused by the human-altered greenhouse effect will result in more evaporation and precipitation. However, this will vary by region – some will become wetter, and others dryer.

What’s more, climate change is causing more extreme weather events on a global scale. Cyclones, drought, flooding, wildfires, and coral bleaching are just some of the events that have been found to have a human influence in recent years.

With a stronger greenhouse effect, oceans are absorbing much of the excess heat. As a result, ocean temperatures are rising. Not only does this have a disastrous impact on marine ecosystems, but it’s also causing ice sheets to melt.

Higher rates of CO2 in the atmosphere can actually increase the yield of crops. However, this is largely outweighed by the other factors attributed to climate change. Warmer temperatures, changing weather patterns, and other impacts of climate change could result in crop losses.

Not only does this change in crop yields affect the livelihoods of millions of people, but it could also destabilise food security in certain regions. You can find out more about sustainable diets in our blog post.

What does the future hold?

The damage done by greenhouse gas emissions is already evident. However, as explored in our open step on future climates, climate scientists have come up with a way to measure potential future emissions. This range of different but plausible emission pathways, called Representation Concentration Pathways (RCPs), tracks what the future might hold in terms of global warming between now and 2100.

Data from May 2021 show that, with the policies currently in place, by 2100, average global temperatures are expected to be around 2.9°C higher than pre-industrial levels. With the pledges and targets made by countries around the world, this could be limited to 2.4°C.

However, even the optimistic scenarios show that keeping this change under 1.5°C (the point at which health, livelihoods, food security, water supply, human security, and economic growth are at risk) seems incredibly challenging.

How can we reduce greenhouse gas emissions?

So, the situation is clearly a very dire one right now. But what can be done to reduce greenhouse gas emissions? We’ve got a whole article on how to reduce your carbon footprint, which has a variety of practical tips on curbing emissions.

However, greenhouse gas emissions are a problem that needs action far beyond the reach of individuals. Countries, governments and organisations all need to make significant changes to reduce emissions. Whether it’s through laws, policy change, or corporate social responsibility, change is needed, and fast.

Below, we’ve outlined some of the key ways in which we can reduce greenhouse gas emissions:

The issue of greenhouse gas emissions is evidently a serious one. The damage we humans have caused is already at a critical point, and without some serious interventions, the future is looking bleak.

However, by learning about the impacts of the greenhouse effect and climate change, we can start to take steps to correct it. We need to take collective responsibility for our planet and ensure that we preserve the precious environment we live in.