If you’re curious about how stocks and shares work, how they’re traded, and what stock shorting is, we’ve got just the thing. We take a look at how the stock market works. 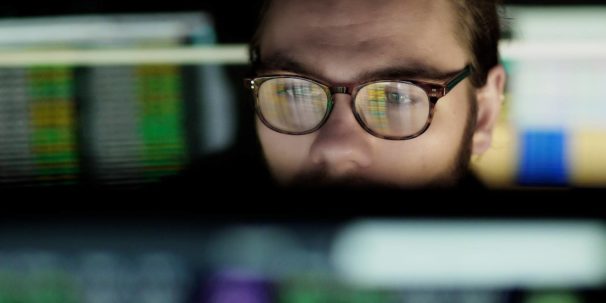 Remarkably, the concept of trading stocks in a company dates back to the early 1600s. From its origins in The Dutch East India Company, the stock market has come a long way. In 2015, over $99 trillion of stocks were traded, more than the value of all goods and services in the world’s economy. But how does the stock market work?

Here, we look at some of the key concepts related to stocks, investing and trading. We also explore some of the factors that influence the stock market, and examine what short selling is.

A note on investing

In this article, we’ll talk about some of the mechanics behind the stock market, such as how investments and trading works. We’re not going to give advice or tips or recommend that anyone starts investing. That being said, it is important to point out that there are risks associated with trading on the stock market.

Although it is possible to make money through investments and buying and selling stocks, it’s equally possible to lose money. It’s worth spending the time researching and understanding the risks involved before you get started. If you’re interested in learning more about the basics of finance, you can try our Understanding Financial Concepts course.

What are stocks and shares?

Well, at their core, they’re essentially the same thing. The two words are frequently used interchangeably, and the only differences usually come from where the term is being used and the context. Words like ‘stock’ and ‘equities’ are more commonly used in the US, while ‘shares’ is the preferred term in the UK.

Stocks and shares stand for a stake in a company – they‘re an equally divided up part of a business. As an example, let’s say a company is valued at £100 million, and there are 50 million shares/stocks available. Each share of the business would be worth £2.

Why do companies issue shares?

So what makes a business decide to issue shares? One of the main reasons is to raise capital, usually to fund growth or undertake new projects. When a business goes public, they choose to sell stocks and shares in their company, often by listing their shares for sale on a stock exchange. There are two main ways in which these shares are sold:

Why do people buy stocks and shares?

For businesses, it’s clear why selling shares can be beneficial. They get more money that can be used to keep improving and progressing their company. Some businesses even buy their own stocks, which itself brings several benefits. So what about investors? Why buy stocks and shares in a company?

Again, there are several reasons why you might buy shares in a company. For most people, it’s a way of investing money. This is because:

Of course, it’s not just about money. Some people invest in companies because it gives them the chance to own part of a company they love or believe in. Shareholders may also get to take part in votes that impact the business, giving you a voice in the company’s running.

What is the stock market?

Let’s look at a stock market definition before we move on to how it actually works. The term ‘stock market’ is used in reference to the companies that list stocks and shares for public investors to buy and sell. It’s an interconnected system of businesses, investors, and securities. To discover more about the history of stock markets, you can register your interest for our Understanding Money: The History of Finance, Speculation, and the Stock Market course.

People will sometimes also use the term interchangeably to describe either stock exchanges or particular market index funds. We’ll get to what each of these terms means in more detail further down.

So, the stock market is the overall concept of how people buy and sell shares in companies. Stock exchanges are the frameworks and infrastructures that facilitate this activity. They’re the organised marketplaces where stocks are listed and traded.

There are stock exchanges around the world, each with various rules and requirements. Usually, companies will have to meet certain criteria to list their shares on an exchange and stay listed.

How many stock exchanges are there?

Around 630,000 companies are traded on stock exchanges around the world. To facilitate this trade of stocks and shares, each region has various exchanges, with 60 major ones worldwide. However, in 2015, only around 16 stock exchanges made up 87% of all global market capitalisation.

Some of the most notable stock exchanges include:

What are stock market indices?

The stock market is often tied to the overall health of the global economy. However, to get a view of how it’s performing overall, stock market indexes were created. They represent a segment of all the companies on a particular stock exchange and calculate how well or poorly they are performing.

There are both global and regional market indices. The Dow Jones Industrial Average, for example, tracks the performance of the 30 largest firms in America, including Apple, Boeing, and Coca-Cola. Similarly, the Financial Times Stock Exchange (FTSE) 100 Index is a list of the 100 largest companies on the London Stock Exchange.

Not only can a market index give an overall view of a particular exchange and economy, but it also creates a fund in which people can invest money. So, rather than directly investing in one or multiple companies, you can invest in a market index fund which tracks the performance of several.

How does the stock market work?

We now know some of the key principles behind stocks, shares, and the stock market. But how does the stock market work exactly? Well, as a simple explanation, the stock market operates in the same way as an auction house does. Buyers and sellers of stock negotiate prices and make trades.

Let’s take a look at a step-by-step of how the stock market works, using two very simple examples.

Of course, there are many intricacies and other factors to consider, but at its core, this gives you an overview of how the stock market works.

We’ve mentioned a lot about how the price of shares in a company can go up and down. Let’s look at some of the factors that can determine how well a stock performs:

What happens when things go wrong?

Of course, the factors mentioned above don’t always guarantee the success of an investment. What’s more, the stock market isn’t immune to huge upsets, sudden drops, or economic bubbles bursting.

Throughout history, there have been several stock market crashes. This is where there is a double-digit percentage drop in a stock index in just a few days. Many, often unforeseen, events can cause such a drop. What’s more, once the market starts to drop suddenly, investors are likely to panic and sell their stocks, making things much worse. You can find out more about the risks involved with investing in stocks in our Risk Management in the Global Economy course by SOAS.

There have been several notable stock market crashes over the years, including:

What is shorting a stock?

Shorting, also known as short-selling, is a concept in the stock market that goes somewhat against the principles we’ve outlined so far. For most regular investors, you buy shares in a company that you hope and believe will do well and gain value. Shorting is almost like betting against that principle.

Short-selling is where an investor borrows a stock, sells it, and then buys it back later and returns it to the lender. People who are shorting a stock work on the basis that, if the value of the stock decreases between them selling it and having to buy it back, they’ll pocket the difference in profit.

So, how does short selling work? Let’s look at an example below:

However, shorting stocks works both ways. If, after three months, the stock is now worth £13, the short-seller still owes the lender the stock. So, they have to buy the stock at a £3 loss to return it to the lender.

What’s the deal with GME stock?

Shorting is a strategy that’s common in investment organisations and partnerships such as hedge funds. Hedge funds will often bet that a stock price will go down. In this case, many were betting that Gamestop (among others) would see a decline in share prices.

Often, such shorting can be enough to drive stock prices down themselves. However, in this instance, a semi-organised movement on the internet believed that Gamestop wasn’t doing that poorly and that short-selling was equivalent to market manipulation.

Despite the pandemic, the video games retailer wasn’t in danger of going under. So, people started buying Gamestop (GME) stock. This flurry of buying meant that GME stock price increased massively.

So, for hedge funds that borrowed and sold GME stock in the hopes that it will go down, they now face the prospect of massive financial losses when they have to buy it back at inflated prices. And, of course, as demand for these stocks increases, the price will go up, known as a short squeeze.

At one point, it was estimated that hedge funds shorting GME stock suffered a loss of $19.75 billion in the year to date.

How to get started with the stock market

As we mentioned at the beginning of this post, we’re not giving advice or tips on investing. However, if you do want to get started with the stock market, you’ll want to make sure you spend time doing a lot of research. We have plenty of courses, such as Principles of Wealth Management, that can help understand the world of finance better if we’ve sparked your curiosity.

As well as understanding the mechanics of how stock exchanges work and where you can buy stocks, you also need to know about the risks associated with them. As with many similar processes, you should never risk more money than you can realistically afford to lose. 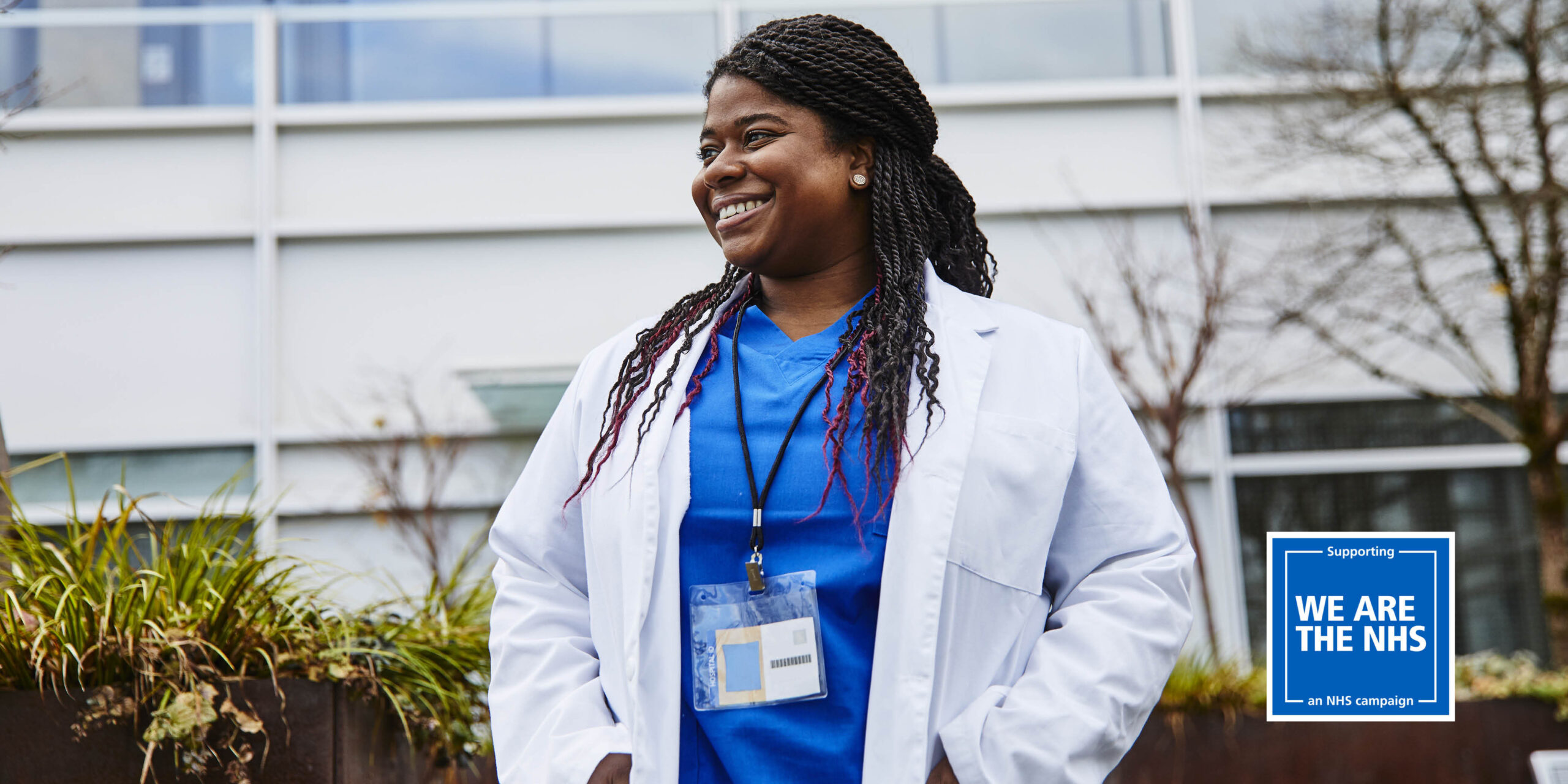 Category: Career, Health, How To, Learning

Money is a necessity of life, so it’s good to be financially aware. We look …