Skip main navigation
Home Is Mars Habitable? Human settlements on Mars and the search for life
Published on September 27th, 2021

In this guest post from Dr Louisa Preston, UK Space Agency Aurora Research Fellow, we explore whether Mars can support life, and what a human settlement might look like. 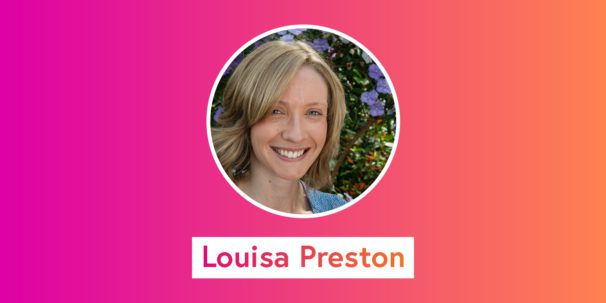 In our short time as a spacefaring species, we have successfully landed people on the Moon, set up the International Space Station in low-Earth orbit, sent two probes – Voyager 1 and 2 – on an 11-billion-mile journey to the very edges of our solar system and into interstellar space, discovered over 4500 exoplanets (worlds orbiting other stars) and populated Mars with robots.

Today we estimate that in our own Milky Way galaxy alone there are about 400-billion-stars supporting tens of billions of solar systems with their own families of planets, and many of these worlds are Earth-like. If even one of these planets is inhabited, it would change everything we know about the universe and allow us to finally answer a question that has existed since antiquity – are we alone?

Is life a one-off accident or is it an inevitable consequence of the Universe’s evolution? Right now, our sibling planet Mars, a red dusty frozen world, is one of our best chances at answering this question. Although on the surface, Mars today seems dead and barren, it shares a similar early history to the Earth and billions of years ago it had flowing water and conditions suitable for life to arise. Could these ancient environments on Mars preserve evidence of a long-lost biosphere?

‘Life as we know it’ needs water, energy, and a source of carbon to exist. Although we will never completely rule out discovering an actual living organism on Mars, the likelihood is that we will discover the carbon-based organic building blocks used to create it – the fingerprints of life rather than life itself.

On Mars, we are searching in areas where liquid water used to be present. In these now dried up locations, minerals such as clays and sulphates are found and are important to astrobiology as they can preserve the evidence of life, should it have arisen, for millions or even billions of years.

In 2023 the ExoMars Rosalind Franklin Mars rover will land at a site called Oxia Planum to search for just these types of organic fingerprints or ‘biosignatures’. The answer we have waited millennia for might be only a few years away.

Is building a Mars colony feasible?

The best way for us to find and explore potential examples of ancient or present life on Mars is to try and go there ourselves. Conditions on Mars today aren’t exactly human-friendly, but they also aren’t insurmountable, and we are developing technologies to help our species not just survive but thrive on the Red Planet.

Despite its sub-zero temperatures (on average -63°C), thin toxic carbon dioxide-rich atmosphere, radiation, lack of surface liquid water and savage global dust storms, Mars actually has the most clement environment in the Solar System after the Earth. What’s more, it has a similar length of day, axial tilt and seasons to Earth, an atmosphere (albeit unbreathable), water frozen as ice, and habitable environments.

But should we go to Mars directly, or perhaps head to the Moon to get some practice in first? We have so many questions around planetary colonisation methods and the effects on life living off Earth, it is probably useful to test and figure these out on the Moon that is within easy reach of us if there is a problem, before we disappear off to Mars.

It is also an ideal base from where we can accumulate materials, equipment, and personnel outside of the confines of Earth’s gravitational pull. Once there we can more easily send missions onwards to Mars or into deep space as the energy required to send objects from the Moon to space is much less than from Earth to space.

Although the Moon is closer, easier to access from the Earth and has near-instant communication options, Mars is still the world that has captured humanity’s imagination as a future human outpost.

Building a settlement on Mars will require a lot more work than creating a settlement on the Moon. The journey to Mars alone is fraught with danger due to the great distance between the Earth and Mars (at its closest point Mars is a mere 55,000,000 km away), and as such the total journey time could take between 150-300 days depending on the distance between the planets at the time of launch and the rockets, aka the amount of fuel, being used.

Add to that the difficulty of launching and transporting all the materials needed, the effects on human physiology and psychology during the long, confined, radiation-drenched journey, and the technology required for landing on Mars and taking off again, moving to Mars is no easy option.

Moving and setting up a base on Mars is not so much “to boldly go”, but “to boldly stay”. We can get there but how can we survive sustainably?

To build a habitat on another world is no easy feat; for Mars, it requires a number of considerations such as how building materials will respond to the dusty, low air pressure environment, the extreme temperatures, outward forces from pressurised habitats, radiation damage, and the 38% gravity of that of the Earth.

Due to the time taken to travel between Mars and the Earth (not to mention the cost), a habitat on Mars will need to be self-sustainable for future Martians having to provide oxygen for them to breathe, water to drink, food to eat, protection from the harsh radiation environment, light and power, and stable comfortable temperatures.

One design is for stereotypical inflatable domes like we use in extreme environments on the Earth. These are lightweight and would be relatively easy to erect on the surface, however, they would need protection. Local materials such as regolith and soil could be used to make concrete and to cover the inflatable habitats providing an additional layer of defence against radiation and micrometeorite strikes.

There are a number of geological landforms such as impact craters and also ancient lava tubes within which habitats could be erected. These natural cavern systems provide a structure within which habitats can be built and easily sealed, the rock provides protection from the harsh surface environment, and they are commonly interconnected allowing for the habitat to grow.

Many studies are being conducted into the logistics of how human life might be sustained on Mars, such as the MOXIE experiment onboard NASA’s Perseverance rover which in 2021 managed to create oxygen from the Martian carbon-dioxide atmosphere.

When humans finally make it to Mars we will live in a similar manner to how we do in Antarctica in enclosed habitats maintaining an Earth-like environment inside. But is this a sustainable future for our species?

It might take millennia to achieve, but instead of recreating the Earth in miniature where the failure of a single vital piece of technology could put lives at risk and where resources are finite, we could transform Mars into another Earth and bring it sustainably back to life – a process called terraforming.

Terraforming Mars would entail three major interlaced changes: building up the atmosphere by inducing a stronger greenhouse effect and global warming, keeping the planet warm enough to allow liquid water to remain stable on its surface which would support vegetation growth, and protecting the new atmosphere from being lost to outer space. Most of the legwork would be done by life itself; we would just warm the planet up, throw in some seeds and bugs and allow life to take over.

Looking to the future…

Although tantalisingly close, Mars isn’t the only world we plan to explore looking for life.

We will head back to the gas giants of Saturn and Jupiter to investigate features on their moons, such as the secret ocean hiding beneath the icy shell of Europa, the gargantuan jets emanating from Enceladus and the liquid hydrocarbon lakes on Titan. We are also launching telescopes and satellites to hunt for habitable exoplanets.

Yet our greatest challenge to overcome in this astrobiological treasure hunt is distance. We cannot change the expanse of space we need to cross to reach even the nearest star systems and their potentially habitable planets (for example Alpha Centauri is a ‘mere’ 25-trillion-miles away) but at our current level of technology, it would take nearly 74,000 years to get to them.

As such over the coming century there will be a huge push to design and refine technologies to propel us further and faster (but safely) into the cosmos. The idea that we will find alien life, travel to and perhaps even inhabit other planets and other parts of our galaxy has become part of an image of our destiny, even a measure of our future success.

To learn more about the future of humanity and space exploration, you can join our new ExpertTrack, Life on Mars, Earth and Beyond with Dr Louisa Preston.