June is Pride month, so we thought we’d discuss the origins of Pride, what’s happening this year, and why it’s still so important. 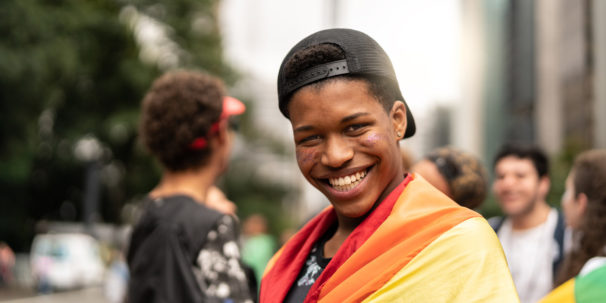 Pride is an exciting and important event all over the world, so we thought we’d talk about it in some more detail for Pride month. We’ll be discussing why it’s such an important occasion for LGBTQIA+ people, how it started, and why we still celebrate it today.

Pride is all about promoting the equality, self-affirmation and visibility of LGBTQIA+ people, by creating a community and safe space for people to be who they are. The word ‘Pride’ in this sense was first used by Brenda Howard, the organiser of the first LGBTQ Pride March in the wake of the Stonewall Inn riots of 1969. And, while the origins of the choice of that word may be lost to time, it’s a term that’s become meaningful to the community ever since. Pride is about encouraging people to speak up proudly.

Pride events usually involve a series of marches and parades with performances, music, colourful dress and an abundance of rainbow flags. In the UK, June is traditionally Pride month, but there will be Pride events across the country throughout the next few months. London Pride is in September this year, and will have a theme based on their values of visibility, unity and equality.

UK Black Pride 2021 is taking place in July, and has the theme of “Love and Rage”. As detailed on their website, they write “Our 2021 theme claps back against the many ways we are told who we are allowed to be, and how to grieve, love and rage. We will not be quiet, we will not be meek. We will be heard, and we will be loud.”

The first Pride event took place in London in July 1972, with about 2,000 people taking part. It was created as a response to the Stonewall Riots that occurred in New York, 1969. In the early hours of one June morning, there was a police raid at Stonewall Inn, a gay bar in Greenwich Village. Raids such as these had become fairly common, since at the time, cops were arresting people for doing drag or wearing clothes that didn’t align with their perceived gender.

The original Pride flag is the famous rainbow flag, created by gay artist Gilbert Baker. It was designed in 1978 after Harvey Milk, San Francisco’s first openly gay elected official, asked Baker to design a symbol for Pride. Some people in the LGBTQIA+ community had decided to reclaim the pink triangle from the Nazis, but many felt that the community deserved a new symbol without such a dark history.

As times have changed and discussions in the LGBTQIA+ community have progressed, a more inclusive flag has been created. The “Progress Pride Flag” encapsulates all members of the LGBTQIA+ community including people of colour and the trans community. It was designed in 2018 by Daniel Quasar, and adds black and brown stripes for people of colour and the colours of the Transgender Pride flag to the original rainbow.

The impact of Pride can’t only be measured by changes in legislation, even though that is a very important part of achieving progress. We also need to consider general attitudes towards LGBTQIA+ people in society.

Representation in media such as music, television, film and magazines has increased dramatically since Pride began, with many shows such as Drag Race and Queer Eye even becoming mainstream. GLAAD’s Where We Are on TV Report tracks the progress of LGBTQIA+ representation on TV each year, and in 2020 they tracked an increase in representation of bisexual characters on popular streaming services compared to 2019. Of course, there can always be more and better representation, but it’s definitely improved over the years.

Another notable achievement is that LGBTQIA+ has become a part of the UK education curriculum, after being voted in by UK Parliament in 2019. The ban on promoting homosexuality in UK schools was only overturned in 2003, so creating an inclusive curriculum is a significant progression.

As Lisa Hallgarten writes in our open step by Humanists UK, ‘RSE must be relevant to and inclusive of all students by acknowledging LGBT people’s lives and relationships in relation to different family types; and as people with the same aspirations and rights to romantic and sexual relationships as heterosexual people. Excluding LGBT people from RSE can lead to disengagement with lessons and reinforce feelings of isolation.’

Pride is so important because it continues to provide LGBTQIA+ people with a community, safe space, and a chance to celebrate who they are and who they love without shame. In addition to this, there is still so much more progress to be made, and Pride is one of the ways we can draw attention to LGBTQIA+ issues and injustices all over the world.

There are still 69 countries that have laws criminalising homosexuality, and the queer people in these countries need us to continue fighting for their right to exist. In addition, there is more to do in the UK to fight for LGBTQIA+ rights.

The National LGBT Survey: Summary report found that LGBTQIA+ respondents are less satisfied with their lives compared to the general UK population, and that more than two-thirds of respondents said they had avoided holding hands with their same-sex partner out of fear of a negative reaction. Pride needs to exist so that we can continue to change statistics such as these.

While Pride month is June in the UK, London Pride is occurring on September 11th this year. UK Black Pride is a bit earlier, and will take place between the 2nd and 4th of July. There are many more Pride events across the UK, so we recommend you check the Pride events calendar.

Outside of the UK, there are also many Pride events happening throughout the year, so you can check the Global Pride Calendar 2021 for more information.

What are we doing for Pride at FutureLearn?

Here at FutureLearn, we believe that everyone has the right to be themselves without fear of negative consequences. To celebrate Pride within the company, we’re holding an educational lecture focusing on trans and non-binary identities and continuing our fortnightly roundtable discussion of RuPaul’s Drag Race Down Under.

We’re also holding a fundraising event for Black Pride, where we’ll be hosting a quiz focusing on LGBTQIA+ people of colour with prizes from people in the community. We’ll be donating the proceeds to the Black LGBTQIA Therapy Fund, which is a fundraiser that raises money to pay for therapy for black LGBTQIA+ people who are in need of it.

If you want to learn more about LGBTQIA+ issues and celebrate Pride with us, we have a Pride 2021 course collection page where you can check out all of our relevant courses. Education is so important when it comes to making positive change, so we hope you learn something valuable about the LGBTQIA+ community. 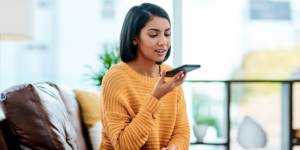 We give an introduction to the field of natural language processing, explore how NLP is …

We look at some of the best paying healthcare jobs within the healthcare industry, as …

Find out what quantum computing is, the basics of how it works, and the skills …