79-year-old Shirley joined FutureLearn shortly after we launched, in the hope of making new connections while living in France away from friends and family. Little did she know that she’d find an old friend and new job too. Here’s her story. It’s one of a series of posts about FutureLearners to celebrate our first birthday. 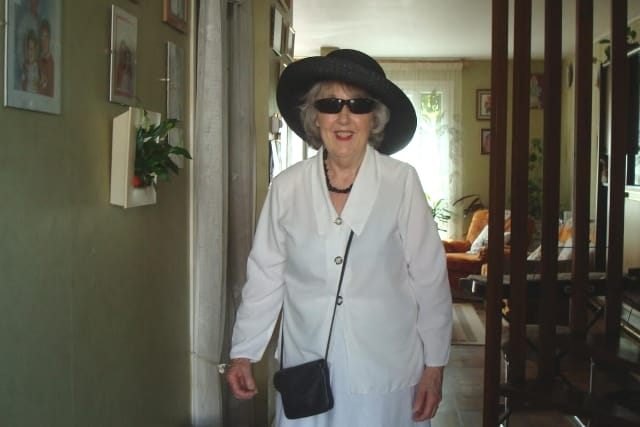 “I signed up to FutureLearn initially because I needed some mental activity,” says Shirley. “It can give people like me a focus, a sense of self-worth and contact with the outside world.

“What’s more, you can do it at home, so it doesn’t matter if you’re limited by mobility, geography or finance. It feels great learning alongside people from all across the world – I’m a world citizen at heart and enjoy friendships with all age groups in my daily life.”

The first course that Shirley joined was “England in the Time of King Richard III” from the University of Leicester last November, where she stumbled upon an old friend.

“I couldn’t believe it when I saw Natasha pop up,” she explains. “She’s the daughter of my best friend Beryl, who I met in 1953. Three years later, I went to live with Beryl and her husband, and that was when Natasha was born.

“In 1969, Beryl and I both remarried. She went off to live in various parts of England, and I went to live near Paris with my French husband and our daughter. Beryl and I lost touch. I was amazed to see Natasha after 40 years, and even more amazed to discover that she’s now a grandmother herself.”

Since taking the Richard III course, Shirley has joined eight more FutureLearn courses, covering a wide variety of subjects. These include “Inside Cancer,” which she says “helped me understand my own cancer and its treatment,” and “Exploring English,” which “helped with my sporadic English lessons – every now and then French neighbours, friends of friends and the local primary schools ask me to teach them.”

“[The courses] gave me valuable access to fellow learners’ criticism and advice,” she explains. “I mentioned ‘Community Journalism’ on Facebook and some people who were taking over a local newspaper asked me to be a contributor.”

Shirley is now a regular columnist, reviewing books for Creuse News – a newspaper for English speaking residents in the Creuse area of central France. She’s also an enthusiastic advocate of FutureLearn, recently starting “Introduction to Journalism” too.

“It’s not only a fantastic learning tool, but also a brilliant way of connecting with people from around the world,” she concludes. “I go on about it to all my friends – urging them to give it a try!” 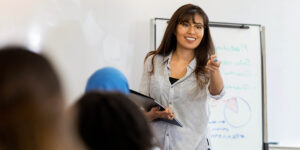 Whether you want to fine-tune your teaching skills or broaden your knowledge of inclusive teaching, … 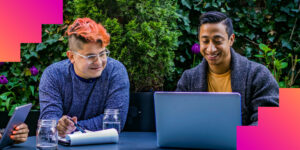 Meet Education New Zealand, one of our most exciting and forward-thinking partners, who are driving …

Thinking of specialising as an oncology nurse? Here's everything you need to know to support …

Category: Career, General, Wellbeing, What is