Matthew Shorter, Content Advisor at FutureLearn, discusses the STEM skills shortage, how free online learning could be part of the solution and what young people at the British Science Festival thought of this idea. 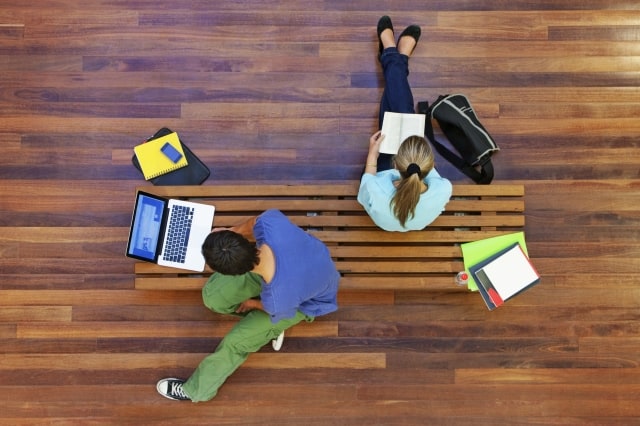 It’s long been recognised by industry, higher education and government in the UK that there is a shortage of graduates for careers in science, technology, engineering and maths (STEM). Numerous studies over several years (such as this report from Pearson) have indicated that this problem starts in school, where students with potential drop these subjects at a disproportionate level compared to others, whether because they are perceived as difficult, boring or for other reasons. There is a particular lack of girls going into STEM subjects at university and women entering associated careers.

This is unfortunate at several levels. Companies suffer shortages around specific skills that make it hard for them to compete. According to the Engineering Employers Federation, four out of five manufacturers are experiencing recruitment difficulties and two-thirds of those say this is because candidates lack technical skills (as quoted in this Financial Times article). The national economy suffers because of these skills shortages in industry. Perhaps most importantly though, students themselves are let down because their potential to excel in STEM subjects is often being sold short.

Could free online learning be part of the solution?

This is a complex, deep-seated and long-term problem (described by the business secretary Vince Cable as “massively serious”), and clearly there is no magic bullet that is going to solve it overnight. It’s going to need ongoing attention from policymakers, industry, educators and others working together at the structural level. However, at FutureLearn, we also believe that it’s an area where free online learning can make a significant impact.

School pupils often lack relevant knowledge and resources to help them make the right choices among a baffling array of potential specialisms at Higher Education level. And enthusiasm that is kindled early among many in all sorts of ways – inspiring educators, parents, TV, magazines and so on – often flickers out when faced with the rigours of an unforgiving, outcomes-based education system. Free online learning gives our universities a platform to reach out directly to these young people with some things that can make a real difference to their engagement: passion for the subject, yes, but also some clarity about what subjects might lead to what careers, what prerequisites might be needed, what big ideas and contemporary debates they connect with, and so on.

Of course, FutureLearn is a global platform, and the situation with regard to STEM provision and take-up varies across different countries. So a solution directed at the UK market is not necessarily going to work for all people everywhere. But it is a place to start, and if we have seen one thing consistently since we started offering courses last October, it is that bringing together the perspective of learners from different countries, backgrounds and age groups enriches the experience for all.

Discussing the idea at the British Science Festival

With this in mind, FutureLearn is keen to develop a set of introductory courses that will cater to these needs across a range of specialised subjects. We recently visited the British Science Association to discuss this idea with them, and they were kind enough to invite us along to the British Science Festival at the University of Birmingham to talk to the CREST Youth Panel. We are always delighted to have the opportunity to talk to learners directly, and in this case we benefited from talking to some of the brightest and most motivated STEM students in the country.

The British Science Festival saw the University of Birmingham play host to an impressive range of projects designed to inspire and engage public interest in science, as well as a bouncy castle, carousel and some enticing street food. In that context, we spent an hour and a half with a very focused, helpful and constructive group of young people, sharing our ideas and inviting them to feed in their thoughts about how we could best make them work.

Getting feedback from young people

We are still reflecting on what we learned in this session, but it has certainly provided some very useful food for thought. In terms of scheduling, there is a window of opportunity after finishing GCSEs where term still continues and minds are still focused and energised. Our panel had some useful suggestions about a potential approach to the length and intensity of courses (longer and more demanding in holiday time, shorter in term time).

Perhaps most salient, we realised that we need to engage at one and the same time with learners’ needs for concrete outcomes (we saw a real appetite for testing and rigour, to the end of having something impressive to demonstrate in university applications) and their need for fun, entertaining and engaging content – simply providing the relevant information is not enough.

Our next steps will be to take what we have learned to our university partners, so that together we can help to shape this into a truly compelling offer for the next generation of scientists, engineers and technologists.

Are you thinking about studying STEM subjects? Or do you want to get more young people interested in them? Leave your thoughts on how free online learning could help below.