Skip main navigation
Home Teaching the plays of Shakespeare with a sense of freshness and wonder
Published on February 25th, 2014

Jonathan Bate, lead academic on the ‘Shakespeare and His world’ MOOC, discusses how the British Museum’s 2012 Shakespeare Staging the World exhibition influenced the University of Warwick’s free online course. 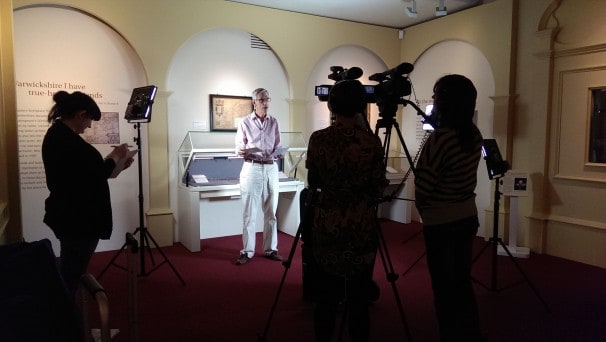 In the period leading up to the great Olympic summer of 2012, I worked as Consultant Curator for the British Museum’s exhibition Shakespeare Staging the World. The idea, which I developed in conjunction with BM director Neil MacGregor and brilliant in-house curator Dora Thornton, was to bring Shakespeare’s world alive through objects – books, paintings, maps, fabrics, ceramics, household goods, treasures, curiosities, imports, you name it. As the world came to London for the Olympics, as part of the “Cultural Olympiad” we would show how London saw the world, and how Londoners met the nations of the world, in Shakespeare’s time – both in reality and on the stage of the Globe theatre. The name of Shakespeare’s theatre was not a coincidence: all the world genuinely was his stage (just try listing all his locations and the nationalities of all his characters!) Shakespeare’s age was one that I think began “globalisation” – international trade, economic migration, cultural dialogue.

Among the people who saw and enjoyed the exhibition were Professor Mark Taylor, Dean of Warwick Business School, and Diana Owen, Director of the Shakespeare Birthplace Trust. They were talking about forging a collaboration – Mark is passionate about Shakespeare and a great innovator in getting a business school both to open itself to the creative industries and to be creative in its own offerings, while Diana wants to share the Birthplace and its treasures with the entire world. They saw that the FutureLearn platform would provide them with an ideal opportunity and they generously asked me to devise a course that showcased the Trust’s collections in a similar way to what I’d done for the British Museum show.

It was an opportunity I couldn’t resist, because if I had one disappointment with the format of a fixed-term exhibition in a particular space, where the visual must always have primacy and the amount of commentary must be limited, it was that there was little opportunity for sustained analysis and close reading of whole plays as opposed to particular images, moments, phrases, characters and ideas. 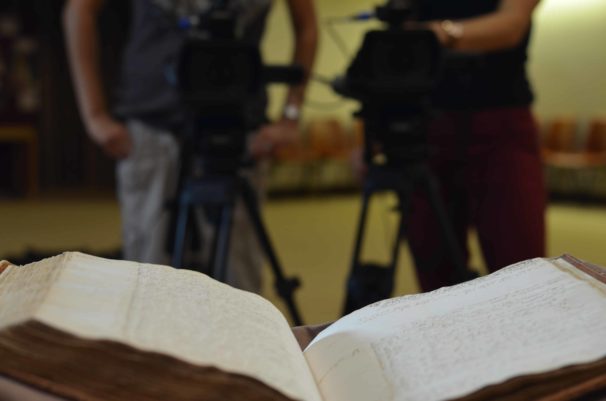 The fantastic thing about an online course is that you can show the objects – can, if you wish, freeze the frame and pore over them – but also tell a story. One moment you can describe the big picture, the “spirit of the age”, and the next you can focus down on Shakespeare’s extraordinary language or his richly drawn characters.

The format I landed on was this: after an initial Week 1 survey of Shakespeare’s life (focusing on people – family, friends, colleagues, patrons), each subsequent Week would take a theme, a set of objects associated with the theme (books, pictures, objects), and a single Shakespeare play that could be illuminated afresh by the theme.

Money: The Merchant of Venice.

Christendom and the Islamic World: Othello.

We had one or two false starts – I really wanted to do Measure for Measure in relation to politics, but we couldn’t quite get the mix or the match of objects. But I’m still thrilled at the variety of materials that have emerged.

And, as I always find when I teach Shakespeare, however well I think I know each play I always discover something new that I’ve never noticed before. Actors say the same thing – and that’s what keeps Shakespeare so alive. One key to great acting is saying the line as if the thought has come fresh to the character in the very moment (not as if one is repeating a memorised speech). And that’s how I try to teach the plays: with a sense of freshness and wonder, as if coming at them for the first time though, in the case of this course, coming at them with the mind of Shakespeare’s own age.

I can’t wait for people to join me in this process: we hope that there will be something for everyone, from the Shakespearean first timer to the seasoned playgoer to the serious student. Enjoy!