In this post Dr David Warren, academic at the University of Edinburgh and educator on the course The Sharia and Islamic Law: An Introduction, discusses different meanings of the term ‘Sharia’. 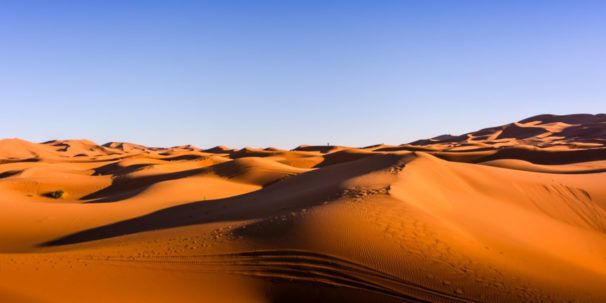 In the Arabian context, and within these communities, the word Sharia was a very broad term. It would be used in different ways, at different times, to evoke different things. Sometimes it was used to refer to a religion in its totality. Other times it was used more specifically with a legalistic meaning, in reference to communal religious laws about dietary practices or marriage for example. At its most basic level, the word Sharia meant “path” or a “path to water,” and carried the meaning that there existed a path of right conduct that was pleasing to God.

Consequently, when the Qur’an emerged in seventh century Arabia,[2] Arabic speaking communities were well familiar with the word Sharia so, when the Qur’an used language such as “we have assigned a law and a path to each of you,”[3] it could be understood by those who heard it to be referring to the Sharia of different communities.

Defining and translating ‘Sharia’ in English is challenging

Of the Qur’an’s 6236 verses, around 9% can be understood as having a legalistic meaning,[4] and these could have been widely understood to be referring in some sense or other to what this path, or Sharia, might be. Of course, today the word Sharia is generally associated only with Islam, and with its foundational meaning in mind academics such as Professor Sherman A. Jackson (University of Southern California) define it as “At the most basic level, Sharia is the Muslim universe of ideals.”[5]

The precise nature of this path was only fully known to God, and so over time another Arabic word, fiqh – which at its most basic means “a deep and true understanding” – in turn came to mean a deep and true understanding of the Sharia, or rather, Islamic law.[6] While the predominant Muslim belief is that the Sharia can be found within the Qur’an and the example of the Prophet Muhammad, that belief expresses far more than simply that the Sharia is found in the plain-meaning of the text, or a straightforward repetition of what the Prophet is reported to have said, done, or tacitly approved of in every situation.

Defining Islamic law is as challenging

Islamic law is the best English translation we currently have for that word – fiqh or a deep and true understanding of the Sharia. However, it is not an ideal translation. A word like ‘law’ usually calls to mind images of states, law codes, courts, judges, police, and parliaments, while some of the most important concerns of what we call Islamic law are prayer, fasting, and pilgrimage, areas of human life that the English word law does not account for.

In the past, it was widely understood by Muslim scholars that their efforts to understand to Sharia could be fallible, and could therefore be revised and changed. It was also presumed that the Islamic law might manifest itself in different ways in different contexts. With those points in mind, Professor Mona Siddiqui (University of Edinburgh) writes that historically Muslim scholars, “were not prone to being conclusive in the presentation of their arguments, fully aware that acquiring knowledge of [the Sharia] was a human exercise and only God knew the truth. Therefore, fiqh [Islamic law] was always reflective of a certain hesitancy… reflective of conversations that were never meant to finish.”[7]

We can see a distinction starting to emerge between these two concepts: the Sharia itself, and the conversations around trying to understand the Sharia that is Islamic law. Consequently, Professor Rumee Ahmed (University of British Columbia) notes “The difference between Sharia and Islamic law should always be kept in mind. In shorthand, Sharia is the divine ideal, and Islamic law is a human attempt to capture the ideal. The distinction is crucial.”[8]

If you would like to hear more from academics such as Mona Siddiqui and Rumee Ahmed, and learn more about how these two partner concepts – the Sharia and Islamic law – have been used in different times and places, as well as in vastly different and changing contexts ranging from modern Britain, to Palestine, Indonesia, and northern Nigeria, join the new course The Sharia and Islamic Law: An Introduction.

[1] The precise origins of the word Sharia and its different meanings is the subject of debate by historians of late antiquity. However, the manner in which the word Sharia appears in the Qur’an and early Muslim sources has led historians such as Norman Calder to suggest “it [is] unlikely that these sources constitute the beginning of the development of this term [Sharia] in Islam or in the other monotheist faiths”. N. Calder, “Sharia” in The Encyclopaedia of Islam: Second Edition (Leiden: Brill, 1954-2005).

[2] The Muslim narrative is that the Qur’an was revealed to the Prophet Muhammad by the angel Gabriel incrementally over a period of 23 years from 610 CE – 632 CE.

[3] Qur’an 5:48. M.A.S. Abdel Haleem, The Qur’an: A New Translation (Oxford: Oxford University Press, 3rd ed. 2010) The Arabic words Abdel Haleem translates as law and path are shir‘a (a cognate of Sharia) and minhaj (denoting a smooth or clear path). Other examples of the Qur’an referring to the Sharia in different ways include Q42:13: “In matters of faith, He has laid down for you [people] the same commandment that he gave Noah, which we revealed to you [Muhammad] and which we enjoined upon Abraham and Moses and Jesus”. The Arabic word Abdel Haleem translates as “He has laid down” is shara‘a (another cognate of Sharia) and the word for “commandment” is din (a word that can also be translated to mean religion). This kind of polysemy around Sharia remained evident in later Muslim history where, on the one hand, a philosopher like Ibn Rushd (d.1198) could construe Sharia very broadly, while on the other hand one can also find references to “the verdict of the Islamic Sharia” in Egyptian court records from the Ottoman period.

[4] This number is based on the widely used 1924 Cairo edition of the Qur’an, and is the subject of debate among both academics and Muslim scholars alike. There is an understanding that the Qur’an contains 500 verses of legal relevance, found in the work of early exegetes like Muqatil b. Sulayman (d.767 CE), while academics such as Shelomo Dov Goitein and Wael Hallaq have argued that, once one takes into account the length of different verses, the proportion of the Qur’an that has a legal import becomes larger.

[5] Sherman A. Jackson, “What is the Sharia and Why Does it Matter?” Huffington Post (https://www.huffpost.com/entry/what-is-shariah-and-why-d_b_710976)

[6] As is the case with the Arabic word Sharia, the Arabic word fiqh has also been used with whole a host of different meanings in different times, places, and contexts. Therefore, it would imprecise to suggest that there has always been a pristine and absolute distinction between the terms Sharia and fiqh, as they have at times been used interchangeably. A common alternative translation of the word fiqh is Islamic jurisprudence, rather than Islamic law.

David Warren is grateful to Dr Andreas Görke, Dr Omar Anchassi, and Dr Tazeen M. Ali for their comments on a draft of this article.