Category: Current Issues, Environment, What is

Category: Current Issues, Environment, What is

Explore what it means for the world to reach net zero emissions, and how we can achieve carbon neutrality. 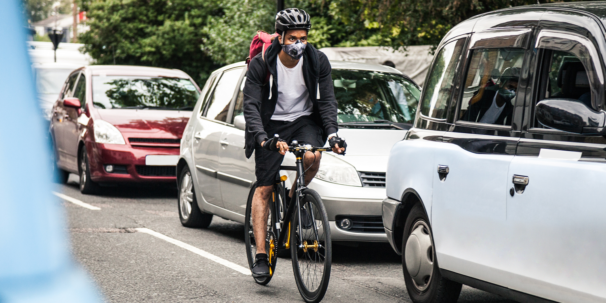 The climate crisis is the great challenge of our lifetime. World leaders and international delegates recently gathered in Glasgow for the crucial COP26 climate conference, trying to reach a consensus on how we can reduce our reliance on fossil fuels to the point where we reach ‘net zero’ emission.

But what does net zero really mean? And how do we get there?

Here, we’ll explore the race to reach carbon neutrality, examining the science of climate change and how we can reduce our reliance on fossil fuels to the point at which global warming can be stopped entirely.

What is climate change?

Climate change is the process by which the Earth’s climate is warming in response to the emission of greenhouse gasses by human activity over the last century. The scientific consensus is that human activity is the driving force behind this heating.

The burning of fossil fuels – namely coal and oil – to power industrial, agricultural, and transport activity leads to the creation of mass amounts of carbon dioxide and methane as byproducts.

These gasses become trapped in the atmosphere, creating a greenhouse effect – catching heat from the sun and serving to warm the Earth’s climate. Alongside this, widespread deforestation has also contributed to rising temperatures, as forests serve to absorb carbon dioxide.

Explore more about the causes of climate change on Bergen’s Causes of Climate Change course.

The effects of climate change

The most noticeable effect of climate change is a rise in global temperatures. From 2011-2020, temperatures rose by just over 1°C compared to the pre-industrial baseline (1850 – 1900).

As temperatures rise, so serious changes in global ecosystems can be seen. These include:

You can learn about the increase in bushfires and how we can respond to them on our Bushfires: Response, Relief and Resilience course.

The need for net zero

At the 2015 COP conference in Paris, global leaders committed to limit global warming to 1.5°C. Since then, the idea of net zero emissions has become a crucial concept for campaigners pushing for the Paris targets to be met, with the goal of carbon emissions having ceased by 2050.

In response, national governments have issued net zero targets with pledges covering many aspects of the economy.

In the UK, for instance, the British government recently laid out a net zero strategy designed to plan for how businesses and citizens can transition to clean energy and green technology. This means that by 2050 the UK should be carbon neutral.

Explore the science of renewable energy on the University of Leeds’ course Renewable Energy: Achieving Sustainability through Bioenergy.

In practice, getting to net zero emissions means that global economies will need to move to renewable sources in key areas such as transport and energy. We can already see governments providing incentives for consumers to move towards electric vehicles, for example.

In some areas – including aviation and agriculture – getting to zero emissions will be very difficult. In these cases, there are methods by which companies and governments can offset carbon emissions by trading carbon and carbon stock markets.

However, these techniques lack transparency and have been criticised by some climate campaigners, who argue that allowing polluters to ‘pay to pollute’ doesn’t help tackle the root cause of the issue.

While the global goal is to reduce all greenhouse gases, not all gasses have the same impact on the environment.

Carbon dioxide is the main driver of climate change, and the degree by which the global temperatures rise is largely dependent on how much carbon we’re able to stop emitting or remove from the atmosphere altogether.

While methane has an atmospheric lifetime of around 12 years, carbon dioxide will persist in the atmosphere for a long time – perhaps even thousands of years. As a result, net zero emissions is an important target, but climate plans ultimately need to focus on carbon neutrality.

Central Queensland’s Beginner’s Guide to Environmental Science: Wicked Problems and Possible Solutions is a perfect primer for the science of climate change.

Other countries take different approaches. Costa Rica, for example, has a net zero by 2050 target that covers all greenhouse gases, not just carbon dioxide. And Sweden has put their net zero targets into law, which makes their commitments much more binding.

Equally, although many private companies have pledged to reach net zero by 2050, they are under no obligation to do so, meaning that many energy companies can fudge the issue. Shell, for example, was recently ordered by a Dutch court in 2021 to cut its emissions by 45% by 2030, a ruling that it is appealing.

Examine the future of the energy sector on Hanyang’s Global Resource Politics: the Past, Present and Future of Oil, Gas and Shale.

Even though the vast majority of carbon emissions are created by national governments in large private companies, we also know that individual consumption plays a large role in global warming – what’s known as our ‘carbon footprint’.

There’s a large disparity not just between how the effects of the climate crisis will be felt between the poor and the rich (with the world’s poorest much more likely to suffer as a result of global heating), but also between the levels of pollution created by different social classes.

According to a 2020 report by Oxfam and the Stockholm Environment Institute, the world’s richest 10% were responsible for half of global emissions in 2015. The top 1% of richest people cause 15% of all emissions – almost twice as much as the world’s poorest 50% put together.

There have been criticisms of the delegates themselves at the COP26 conference for flying to Glasgow in private jets or taking short-haul flights. Bill Gates, for example, took 59 flights in 2017, creating more than 1,600 tons of greenhouse gases – equal to the average yearly emissions of 105 Americans. Wealthier people also have bigger homes and more cars, which guzzle more energy.

Many argue that there needs to be tangible legislation to limit the impact that the super rich can have on the environment. There are also calls for investment in public projects (such as green public transport and fully insulated homes) needed to allow ordinary people to reduce the carbon output of society as a whole.

It’s also important to interrogate the alternative to fossil fuels, and their claims of sustainability, as some renewable measures still come with an environmental cost. For instance, electric vehicles rely heavily on lithium batteries; exploitative and polluting lithium mining has now become big business in developing countries such as Bolivia.

COP26 ended with an agreement to ‘phase down’ coal, but many argued this doesn’t go far enough to keep the 1.5°C  target alive.

The need for action on carbon emissions is very clear; whether wealthy nations are willing to step up to the challenge is another matter.

A key report produced at the COP26 conference revealed that the world is on course for catastrophic heating of more than 2.4°C by the end of the century, based on the limited short-term goals that many countries have set out.

If this were to happen, it would surpass the 2°C upper limit that the Paris accord declared to be the absolute maximum heating possible to avoid disastrous climate effects.

The same report said that emissions will be twice as high in 2030 as they need to be to stay within 1.5°C, and that some of the damage to the Earth’s climate will, at that point, be irreversible. The report’s analysts criticised the gap between what countries said they would do with greenhouse gas emissions and their plans in reality.

The largely industrialised countries that are responsible for 90% of global emissions have signed up to net zero goals, but action needs to happen now.

The reality is that by 2050 a lot of the damage will already be done, and developed nations and wealthier individuals need to take more serious action in the next ten years if the most dire consequences of climate change are to be avoided.

Our course, Learning for a Sustainable Future: Live at COP26 is designed to give you insights on the big issues discussed at COP.

Get started with climate science

Education is one of the most powerful tools we have to fight the climate crisis. FutureLearn has a wealth of online courses designed to help you boost your climate expertise, whether you want to become a more informed activist, or work successfully in the field of climate research.

Stockholm’s Taking on the Climate Crisis with Social Change will equip you with the tools you need to drive real change in your community. And How to Measure, Reduce, and Offset your Company’s Carbon Footprint is the perfect place to start when thinking about how to get your own organisation to net zero.

Get informed, get inspired – and get involved!