Find out more
Home What now for FIFA and football?
Published on January 12th, 2016

Professor Grant Jarvie is lead educator on the University of Edinburgh’s free online course Football: More than a Game. In the wake of the continuing investigations into and the sentencing and arrests of key figures in FIFA, he discusses the need for good governance and asks: what now for FIFA? 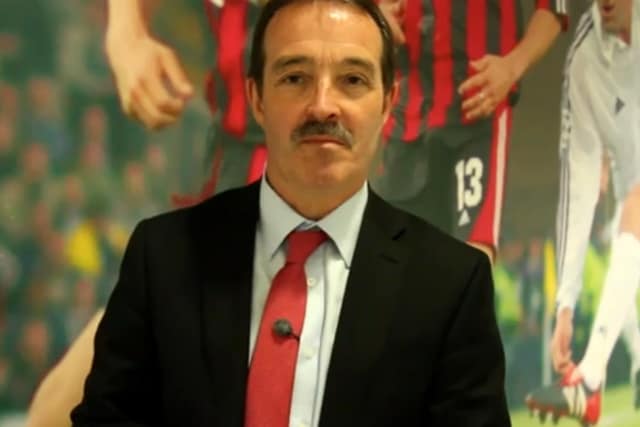 What now for Blatter, Platini and FIFA?

It seems that neither are likely to accept the judgment passed down by the German judge Hans-Joachim Eckert, the Chairman of FIFA’s adjudicatory chamber.

Platini boycotted the hearing in December in protest and seems likely to take the matter to the Court of Arbitration for Sport (CAS), whose headquarters, like FIFA’s, are in Lausanne. He has also openly criticised the ethics committee.

The elections for a new President are due to take place on 26 February 2016 with five candidates, all men, fighting for the office of President. Since it’s foundation in 1904, the President’s Office has been dominated by the European football powers, with seven out of the eight previous Presidents being European.

The future of FIFA – and consequently the reputation of world football – depends on the enabling of trust, and a belief that the instruments and principles of good governance are in place, working, evidenced and being monitored.

The issues for FIFA – and football

Many issues exist for FIFA and the entire footballing world:

The wrangling over the 2018 and 2022 World Cups being awarded to Russia and Qatar continues to be played out.

FIFA has overseen the distribution of resources to many parts of the world. Different countries have benefitted, their have been winners and losers, and FIFA currently wants to consider building a 40-team World Cup by 2026.

The distribution of money and the holding of power is uneven and needs to be more transparent and fair.

Obscuring the power of football

There are numerous examples all over the world where football has shown to be a force for good, a force for change and a resource of hope in some of the most challenging parts of the globe.

A former American President once said that football had done more for world poverty than any government, but unfortunately the current crisis of governance is obscuring the good that football can do.

Only two out of 209 member Presidents are women despite the fact that women’s football is one of the fastest growing games in the world. 111 years after FIFA was formed, women are still vastly under represented at every level of the pyramid in the world game.

The need for governance reform

Despite these many issues, the major one for FIFA remains governance reform, and the need for transparency and the building of trust worldwide.

To get past the issue, there needs to be a fundamental review of governance. Football has a history of self-regulation, but it cannot be seen to be above the law.

Under pressure from authorities, commercial partners and stakeholders within, FIFA is in need of imminent change. The opportunity to reform and produce a more equitable governance structure exists now.

There are pressures from governments and the International Olympic Committee (IOC) for FIFA to push through major reforms aimed at producing better governance.

Acquiring the right members, starting with the President, is a challenge that many sports organisations face. Ensuring that the principles of good governance are lived out on a daily basis is another challenge that any new FIFA will have to enforce. Business as usual will lead to the conclusion that football cannot effectively govern itself.

The establishment of CAS has been viewed by some as an attempt by sport to forestall further intervention from the external law.

The mechanisms and instruments of good governance often depend on the context and the place, but necessitate implementing general principles: having in place transparent, accountable and effective governance structures, and a knowledge of who is responsible for what; and monitoring and evaluating governance effectiveness and performance.

The principles that are often evoked are general principles, including selflessness, integrity, objectivity, accountability, openness, honesty and leadership. The values have to be set and lived out on a daily basis by all officers and lay members.

You can find out more about football and the issues raised in this post by joining the free online course Football: More than a Game.