In supervised learning, we seek to learn a statistical model capable of providing good estimates of the values of a (set of) target variable(s) from a set of input features. This learning is undertaken using labelled training data, which is to say that the values of the target variable are known in the data used to fit the parameters of the model.Key characteristics:We will look at a number of supervised learning techniques in weeks 2 and 3. 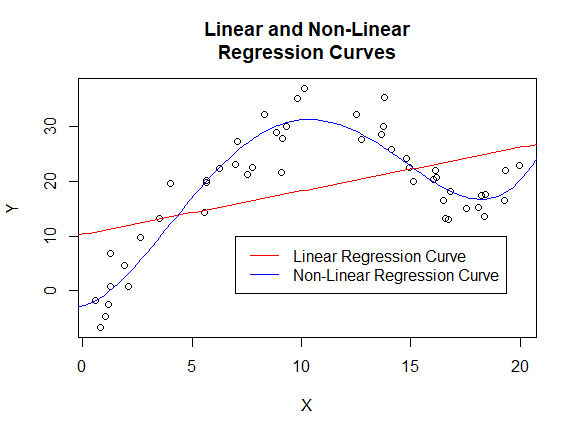 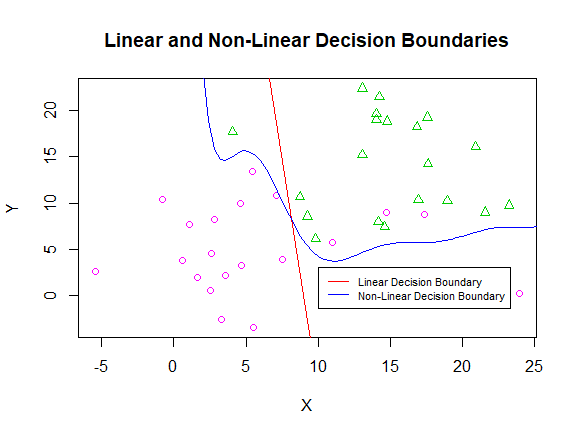 The feature space is the mathematical space form by taking the values of the input features as coordinate axes.There are other types of variables, such as integer and ordinal variables. Integer valued variables are numeric variables which only take integer values. Ordinal variables, like nominal variables, take one of a number of classes as values. However in the ordinal case there is an ordering on the values taken. This ordering is not numeric, in the sense that it makes no sense to talk of ratios between different values. There are some statistical models that deal specifically with both integer and ordinal target variables, but they are relatively few and not covered in this course.Additionally there are complex valued variables. Many regression models can handle such variables, but we will not explicitly discuss them in this course.

In unsupervised learning, our statistical models are used to describe patterns found in the data. The data used in unlabelled, which means there is no division in it between target and input variables. Examples include clustering, anomaly detection and explicit or implicit density estimation. In many cases, such as clustering or anomaly detection, the accuracy of the classification provided by the model is difficult or impossible to independently verify.Key characteristics:We will look at a number of unsupervised learning techniques in week 3.

Reinforcement learning shares the same goal as supervised learning, in that some target variable should be estimated from a set of input features. However, like unsupervised learning, the true value of this target variable is not present in available data. Instead, during the training process, guesses about the value of the target variable for given inputs will lead to some form of feedback from the environment – not in the form of directly indicating the correctness of the guess, but rather in the sense of some reward or punishment related to the correctness of the guess. Typically, the process of data acquisition is, in at least some degree, controlled by the algorithm itself.An example is a model learning the best moves to make under different circumstances in an arcade game. The model is never informed that a particular move was optimal under particular circumstances, but is given feedback about sequences of moves via the game score.Key characteristics:We will look at a simple reinforcement learning technique in the final week of this course.
© Dr Michael Ashcroft

Hi there! We hope you're enjoying our article: Types of Learning
This article is part of our course: Advanced Machine Learning