Have you ever tried the game calls Akinator?

The game starts by asking you to think about a real or fictional character. In this article, we discuss how this game works. 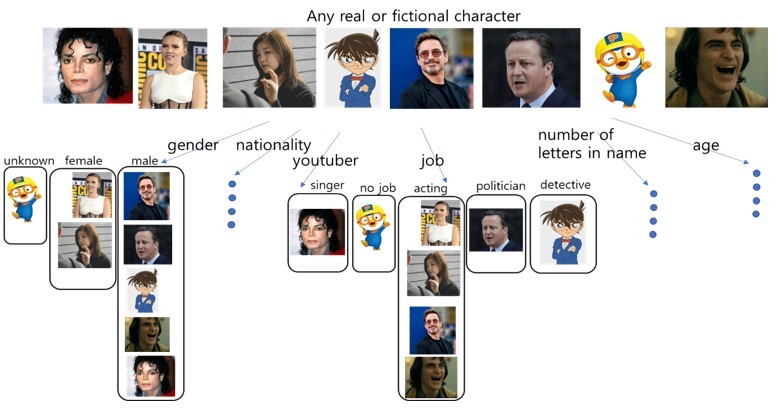 Have you tried the game calls Akinator? Although you might not have tried precisely this game, you might have seen something similar. The game starts by asking you to think about a real or fictional character. Then the game will ask you questions related to what you think, and you will answer. After all, it will guess what you have in your mind. Surprisingly, it often guesses correct.

The questions asked are something like gender, nationality, job, age, or even a pat this person has. Usually, each question gives five choices. The game will guess most of the time only after several questions. If time allows you, check the game by yourself! It is incredible how accurate this game could be. It can cross the world and time.

Akinator is not any magic nor psychological hypnosis. There is an algorithm behind it! Can you imagine what kind of method you can use to do this kind of task? Yes, I think that Akinator is using some idea of classification. The algorithm behind the game filters the candidates with many levels. The first criterion could be gender, whether the character is male, not male, don’t know, probably male, or perhaps not male. Let’s say that you had answered: “He is male.”

The filter goes on, to narrow down the Candidates to Robert Downey Jr., Joaquin Phoenix, Detective Conan, Michael Jackson, and David Cameron. As soon as you had answered the first question, the algorithm will no longer think about Scarlett Johansson, Sodam Park, or Pororo.

After you had chosen male, then there comes a second filter; let’s assume that the second filter is job. Next question could be something like “Does he act?” with five choices: yes, no, probably yes, probably not, and unknown. Let’s say you have answered “yes”. The last question could be “Did he come out in Avengers movie?”. Finally, the answer remains only one: Robert Downey Junior, the Iron Man!

Do you see the process not too different from the classification tree that we had learned? We do not know exactly what Akinator’s algorithm does, but we can just guess it does something similar. Probably, the algorithm keeps adding rules to the candidates of answers to reduce the number of candidates. Once some point, Genie almost knows the answer, to ask you the right question, like “Did he come out in Avengers?”.

Please download the file below to see more pictures.