WHO defines antimicrobial resistance (AMR) as the ability of a microorganism to stop an antimicrobial from working against it. As a result, standard treatments become ineffective and infections persist and may spread to others.

• Enzymatic degradation of the antibiotic.

• Structural changes in the target site that prevent binding of the antibiotic.

• Acquisition of alternative enzyme(s) or pathways that avoid the target site of the antibiotic.

• Reduced permeability of the cell envelope to prevent ingress of the antibiotic.

• Acquisition of efflux pumps that remove the antibiotic from the target cell. 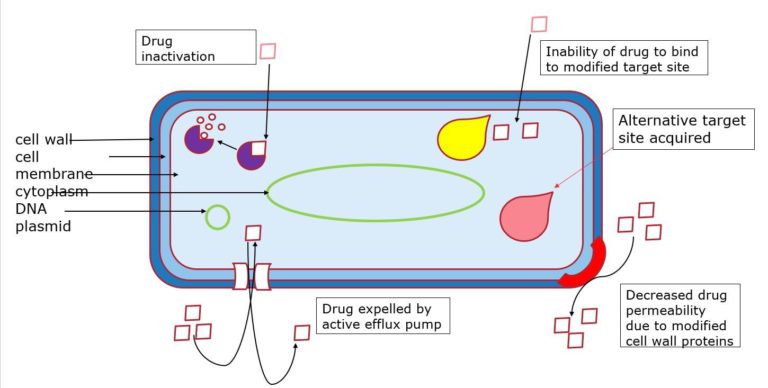 Which resistance mechanism do you think is the most difficult to tackle? Post your thoughts in the comments section below.